Damn, I almost forgot what day it was, which is weird, because it feels like a friday in every other respect. I suppose I just forgot I made friday a Final Edition day. Ah well. The next 9 cards in the set are coming right up. 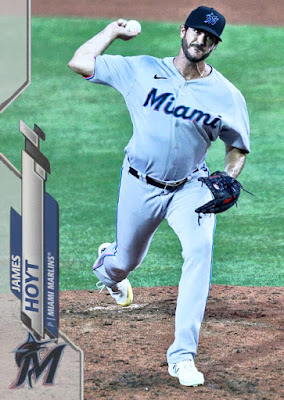 A former Houston relief option who had spent the spring training season with Cleveland, James Hoyt was very quickly snapped up by the Marlins, who were in need of serious bullpen help after the COVID scare in their organization. Hoyt responded with the best season of his career to date, with a 1.23 ERA in 24 games, and only 2 earned runs. The fish seem to be banking on Hoyt for a prime bullpen position in 2021, which is a step up from his previous roster-filler status. 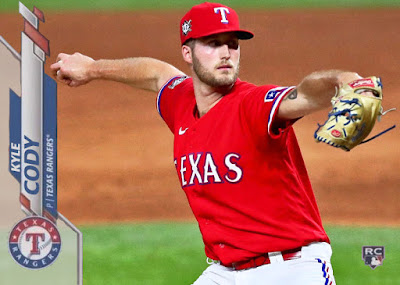 Card #047- Kyle Cody, Texas Rangers
The Rangers weren't expecting to include many new options in their 2020 rotation, but after Kluber got hurt, Minor got traded, and Allard underwhelmed, it was only natural to infuse the rotation with some new blood. Enter rookie Kyle Cody, a 25-year-old farmhand who started 5 games and did pretty well, with a 1.96 ERA and 12 Ks. With the additions of Dane Dunning and Kohei Arihara in 2021, Cody isn't a lock for the starting rotation, but he and Kolby Allard could duke it out in camp for that last spot. 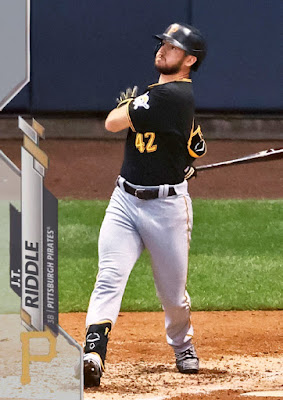 Card #048- J.T. Riddle, Pittsburgh Pirates
The longtime Miami utiltyman found himself in Pittsburgh, alongside other super-utes like Adam Frazier, Erik Gonzalez and Kevin Newman, so it shouldn't shock you too much that Riddle didn't get a ton of playing time in 2020. In 23 games, Riddle hit .149 with 10 hits. Not a great sign of things to come as a journeyman. 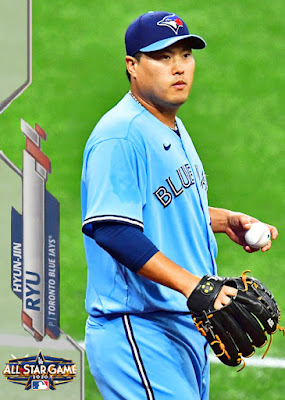 Card #049- Hyun Jin Ryu ASG, Toronto Blue Jays
Hyun-Jin Ryu, somehow, would not get the start for the 2020 supposed ASG [Shane Bieber would]. He'd still come in around the third inning and strike out the side, because that's what he does, but he didn't start the game. This would have been Ryu's second consecutive ASG appearance, making up even more for his run of injury-plagued seasons in LA, and another statement that Ryu has become one of the most fearsome hurlers in the majors. 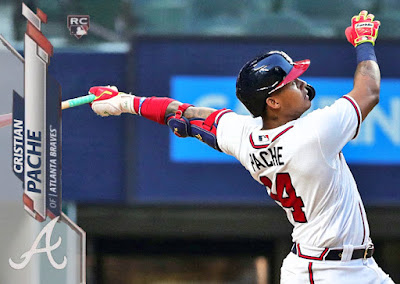 Card #050- Cristian Pache, Atlanta Braves
In a normal year, Pache's would have been one of the biggest rookie cards of the update set. But he's got one in 2021 Topps, so I guess that's the next best thing. Anyway, Cristian Pache was the Andruw Jones of the Braves' playoff run last year- he came in with only a few regular season games under his belt, and by the end of the postseason, everybody knew his name, as one of the starting outfield options for one of the best teams in the NL. Pache had 4 postseason RBIs and 1 postseason home run in the battle against the Dodgers, and while he wasn't the starriest Brave in that series, he's got a lot of eyes on him coming into the 2021 season. 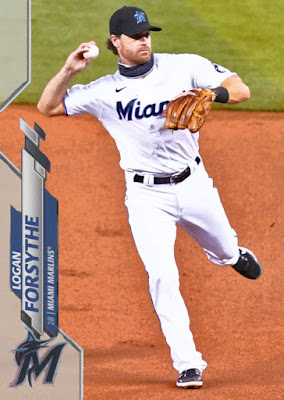 Card #051- Logan Forsythe, Miami Marlins
Logan Forsythe was a spring training option for the Philadelphia Phillies that was cut before the season, which the Marlins decided to cash in on. He was an early starting option at 2nd for the Marlins who was phased out due to health and depth reasons. In 12 games, he hit .118, a shell of his former contact-hitting self from Tampa. It's looking like Forsythe could be done after this season, but you never know, somebody could still sign him later in the season. 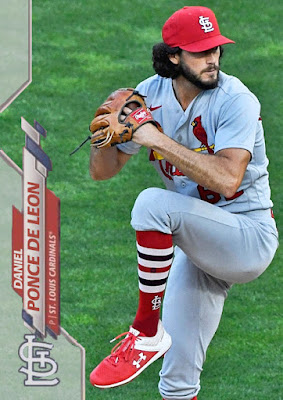 Card #052- Daniel Ponce de Leon, St. Louis Cardinals
The former longtime farmhand who came back from a head injury and flirted with a no-no in his first start back was still utilized by the Cardinals in 2020, in a heavier role. Ponce de Leon started 8 of his 9 games, with a 5.01 ERA and 45 Ks. I'm not sure if he'll factor into the Cards' 2021 rotation, considering how many people will be back, but he served a purpose well. 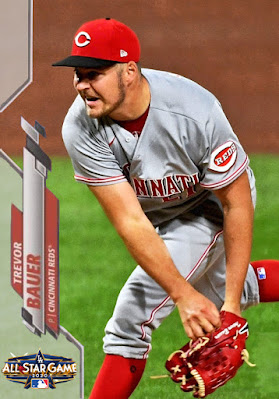 Card #053- Trevor Bauer ASG, Cincinnati Reds
Due to the halfway-point stats of one Yu Darvish, Trevor Bauer wouldn't get the NL ASG start, but he'd definitely make an appearance and throw some fire. Bauer's ASG nod would have been his second overall, which means he'll have to make up for it as a member of the Dodgers. 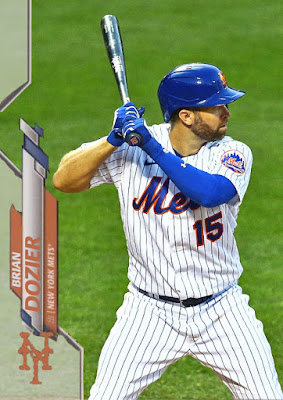 Card #054- Brian Dozier, New York Mets
Another player whose 2020 issue would have been his sunset card had Topps made it, Brian Dozier capped off a tumultuous final three seasons of ping-ponging between teams by signing with the New York Mets on a minor league deal. The one-time 40-homer second baseman struggled in 7 games, hitting .133 with only 2 hits. Dozier had some career highs in Minnesota, and though he couldn't sustain it past the mid-2010s, he still retired with most of his dignity intact.

On monday we'll crack into the next 9 of these. A few important rookies pop up here.