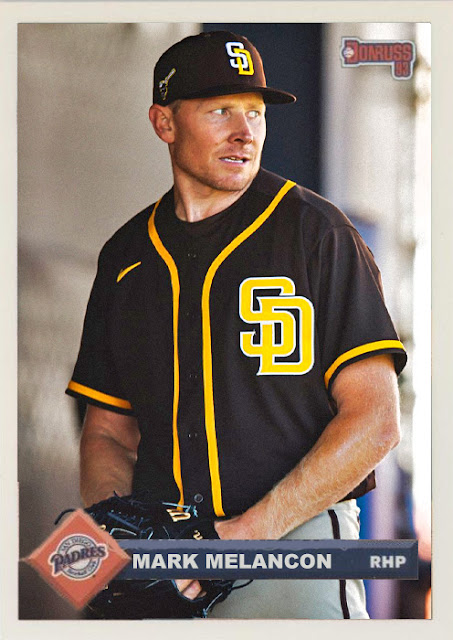 6 years ago, A.J. Preller got Justin Upton, Craig Kimbrel, Matt Kemp, Derek Norris and Will Myers to come to San Diego in order to jumpstart a playoff contending Padres team. It didn't happen.

So, Preller tried a different approach- letting some of the best prospects in baseball populate the team, like Fernando Tatis Jr., Chris Paddack, Dinelson Lamet and later Jake Cronenworth and Trent Grisham via trade, and then SLOWLY getting great players to sign contracts- first Eric Hosmer, then Manny Machado, then Jurickson Profar.

And then, by 2021, he could make the OMG moves he made in 2015 again, because now he had a compatible base. So getting Blake Snell, Yu Darvish, Mark Melancon, Joe Musgrove, Ha-Seong Kim and a newly-wrapped-up Mike Clevinger...that's a lot more productive now that there's a dangerous team underneath it.

Like, the closing gig could, theoretically go to Mark Melancon- he closed for years in Pittsburgh, he closed in Atlanta. He's still in pretty nice condition. But it could also go to Drew Pomeranz, who did some ninth inning work last year before Trevor Rosenthal got there. It could also potentially go to Emilio Pagan or Keone Kela, both closers who could bounce back if they're not fully alright with taking setup gigs. I personally think it could be Melancon, but...if Mark Melancon's doing seventh or eighth inning work for you, you're doing a hell of a job.

You also have three second basemen essentially. Ha-Seong Kim has been penciled in essentially as the starter at 2nd, which means newly re-signed Jurickson Profar has been shifted to the outfielder, as has Jake Cronenworth, who is looking at super-ute status right now.

Heck, Austin Nola might be haggling for the starting catching spot with Victor Caratini. It could be either of them, and either one could be ready for a great year. This is how up in the air this Padres roster is, though unlike a lot of up in the air teams, pretty much any choice the Padres make will probably result in a great season.

Like the White Sox, you have to factor in the variable of the unknown, things that could go wrong, injuries that could happen along the way and hinder this team. But...if not, the Padres could easily win the NL West and potentially make it to a World Series. So it could go either way.

Coming Tomorrow- He pitched in a World Series last year, and his team is responding to that by essentially resuming business as usual.