Q-ing Up in Anaheim 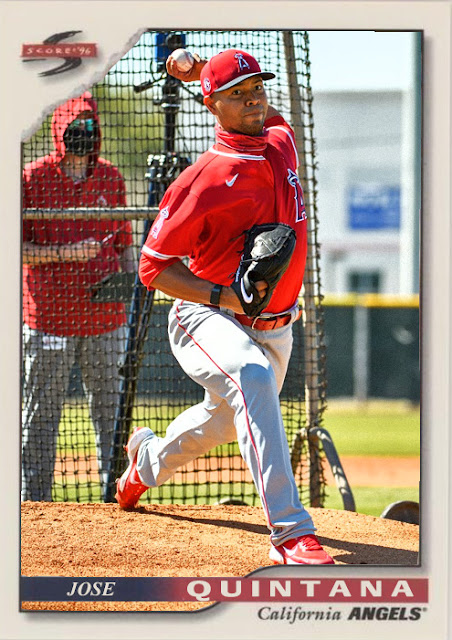 Okay. The AL West is weird this year.

On one hand, it is very likely that the top two teams in control, the A's and Astros, could repeat. However, both are missing key pieces of recent playoff runs- the A's are without Marcus Semien, Khris Davis and Liam Hendriks, and the Astros are without George Springer and Josh Reddick. Both teams have enough of the previous core to potentially compete, but have enough that's different to make it less certain.

Then you have the Rangers and Mariners, both of which are banking on rebuilding years. The Rangers got rid of Lance Lynn, Elvis Andrus, Corey Kluber and Shin-Soo Choo, and are plugging in rookies and younger players to see what works. The Mariners, despite getting rid of Kevin Mather, may still, in fact, keep Julio Rodriguez and Jarred Kelenic from reaching the majors this year, and will continue to play small ball with Lewis, Gonzales and Haniger.

Where, pray tell, does that leave the Los Angeles Angels??

Because, they have a decent core of elite players right now. Mike Trout, Anthony Rendon, Dylan Bundy, David Fletcher, Griffin Canning, and sure let's throw Ohtani in here for good measure. You also have people like Jo Adell looking to improve on 2020 efforts, and new additions to the fold like Jose Quintana, Alex Cobb, Dexter Fowler, Kurt Suzuki, Jose and Raisel Iglesias.

So...to be honest, with a few exceptions, this Angels team does...resemble a team that could, in some way be competitive. Plus, Joe Maddon has managed a team to a World Series twice before. So....it could happen?

The reason I am saying this with such trepidation is that this is the Angels we're talking about. We've seen this team pack with contracts and go for 1st and fail miserably, or even make the playoffs and be unceremoniously booted. Mike Trout has decided to spend his entire career with the Angels, and that means being optimistic enough to think that this team could make the playoffs, but with the number of setbacks this team encounters on a yearly basis, from unlucky to tragic, you have to wonder how frustrated he's become.

I do wanna think the Angels have the team for it this year, but...I'm not convinced yet. Come back to me a month into the season and I'll give you an answer.

Coming Tomorrow- One of the lower-key additions to the Padres, but an important one nonetheless.