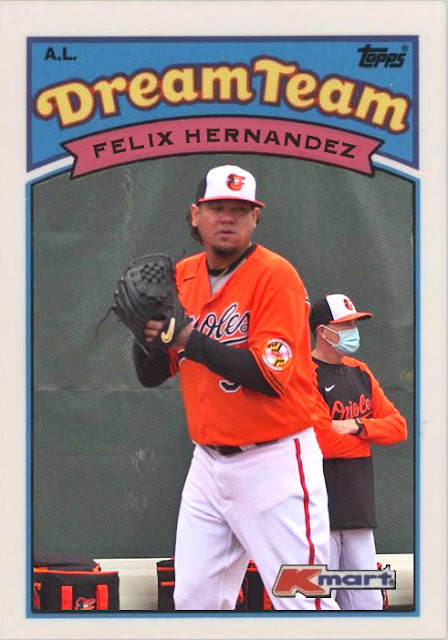 One of the frustrations of the spring training season is seeing great players in new uniforms, and resigning yourself to wait to make customs of them during the regular season...and then they get cut before the end of training camp and you never get to make a regular season custom of them, or even see a Topps card of them. It's a sucky feeling, just for the possibilities of it all.

So I figured...why not make them anyway?

I used Topps' K-Mart oddball set Dream Team for the basis of these, because this is literally a dream team- you can only dream of seeing these players in these uniforms in regular season play.

Coolest one first- Felix Hernandez signed a minor league deal with Baltimore this season, was looking like a surefire hit to make the rotation, then got injured and opted out of his contract. Like with Atlanta, the next stage of King Felix' career only existed in preseason views of it. I'm still holding out for him to somehow pitch again, because...it'd be awesome, but whatever he's most comfortable with. 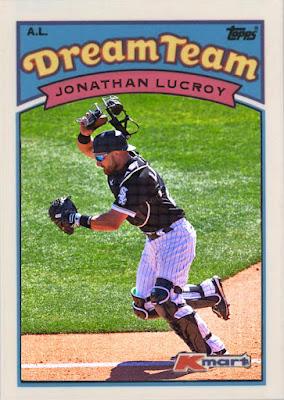 One of the ones I was looking forward to seeing in regulation was Jonathan Lucroy in Chicago. After Yasmani Grandal's injury-laden start, it was looking like Lucroy was gonna make the team as a backup, and was hitting really well at that. But, Grandal came back looking confident, and Zack Collins came alive during the second half of camp, meaning Lucroy as a White Sock would never happen. I keep waiting for Lucroy to have a comeback, cause he was so great with the Brewers, but it might never be a thing. 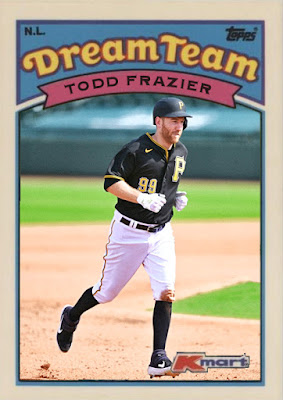 Heck, this one hurts for me because Todd Frazier is such a New Jersey legend, and I kinda want him to succeed anywhere he goes. Here he is 10 years after his rookie year, and he's failing to make camp with the PITTSBURGH PIRATES, the dregs of the majors. It's mainly because the Pirates are stacked at 3rd, with people like Kevin Kramer, Ke'Bryan Hayes and Colin Moran blocking him, but it's still sad to see him so depleted. 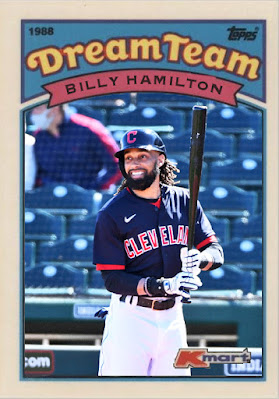 Some of these aren't indicators that these players might not play at all this season- Billy Hamilton is looking to make the White Sox in some faction right now, but earlier this month he was a hopeful potential outfielder for the Indians, doing his best in early games despite once again refusing to perform at the plate. With Oscar Mercado and Bradley Zimmer, despite not making the team either, taking preference in the minors, Hamilton really had no reason to pretend he'd make the team at all, so he was an early release for the benefit of trying to make another team. Not sure if the Sox will take him, but you can only hope. 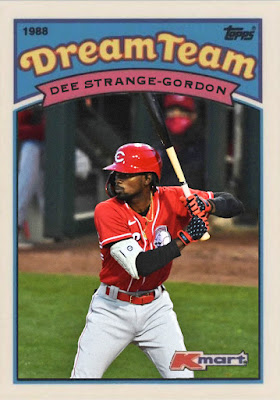 Similarly, another former all-star and base-stealer extraordinaire was trying to make Hamilton's old team, the Cincinnati Reds. Dee Strange-Gordon was looking very human after his last few seasons in Seattle, and his attempt for the Reds made him look even more unworthy. I hate that this cut happened, because Gordon was the league's best in 2015, and he was an all-star and hero for a few consecutive years, and now he's essentially an also-ran. 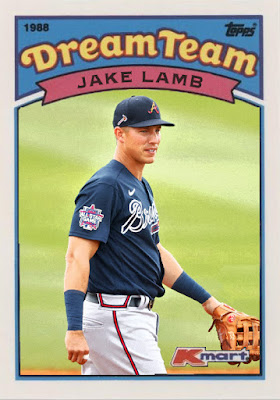 Jake Lamb had a tremendous comeback year in 2020 filling in for Matt Chapman in Oakland. So he was a nice idea for the Braves as a third baseman, in a year where the position once again seems to be relatively open. Not only does Jake Lamb fail to make the Braves despite this schematic, but he misses the team while PABLO SANDOVAL makes the team. Lamb is younger and had more promise, and thanks to a weaker spring, he's now trying to make the White Sox. 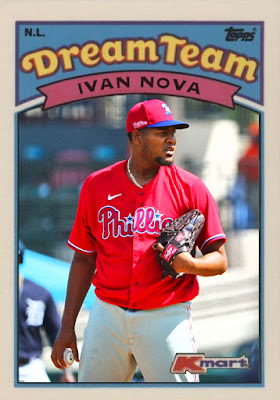 Ivan Nova was a strong pitcher for the Yankees and Pirates before bopping around the league in Chicago and Detroit unsuccessfully, his velocity down. The Philadelphia Phillies were the latest stop on his career reclamation tour, and he was chased in multiple starts. With the Phils prioritizing Chase Anderson and Matt Moore, there was no place for Nova in Philly. 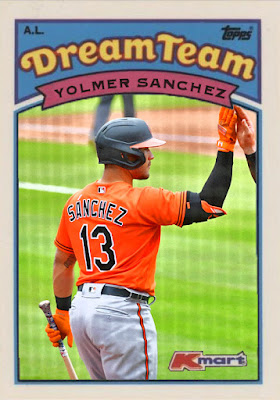 After jump-starting the offseason by being sent by his longtime White Sox to the Orioles, former gold-glover Yolmer Sanchez was thought to be a threat to Rio Ruiz for the third baseman job, and made the most of some early spring starts. Unfortunately, the combination of Ruiz's continued dominance and the arrival of Maikel Franco onto the scene spelt doom for Sanchez' starting bid. 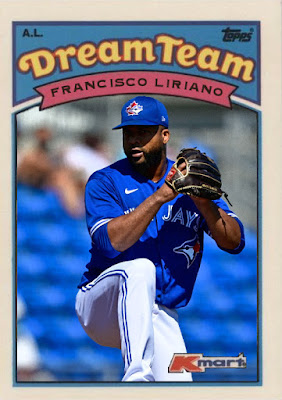 Arguably one of the saddest stories here is of Francisco Liriano, the former Twins and Pirates fireballer who was coming off a comeback season in Pittsburgh as a reliever in 2019. He was in camp with the Phillies in 2020 when COVID hit, and that was a setback that cost him a roster spot. So he tried again with a team he'd played for in the past, the Toronto Blue Jays, but this was a different Jays and an older Liriano, so that combination didn't exactly work, despite Liriano circling the final roster spots well into camp. I'm not sure if this is the end of the road for Liriano, but he was certainly a strong pitcher in his prime.

Hopefully there's better futures in new uniforms for these players, but it helped to at least do customs of them now rather than never having done any of them.