Geno What I Mean? 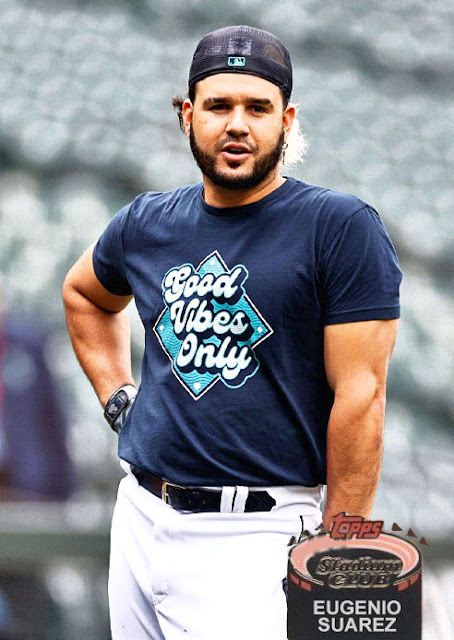 Both the Angels and the Mariners, the two teams who began the season gracing the top of the AL West, both currently have the same record. 37-41. Not terrible. Only a little below .500. But not great, either. They let the Astros take first, and they've been lapped by the Rangers. As it stands right now, things aren't looking good. Especially for the Mariners, who, after getting Adam Frazier, Jesse Winker, and Robbie Ray, as well as bringing up Julio Rodriguez and George Kirby, still can't figure out a way to make this team anything resembling good.

Look at Eugenio Suarez, who's become a big piece for the Mariners. The Reds traded him because he wasn't living up to the promise of his 2018 and 2019 seasons. He also focused solely on power while leaving defense and contact in the dust. With the Mariners, Geno has been a bit more well rounded- yes, he does lead the team in home runs with 13 and in strikeouts with 107, but he also leads it in doubles, and with Ty France out, he's the active RBI leader with 38. So the guy everyone thought was a wash is actually getting a lot done at third, and carrying the team in the absence of people like France and Haniger.

And that's the thing. This team is without Ty France, Mitch Haniger, Kyle Lewis, Taylor Trammell, Tom Murphy, Luis Torrens and, thanks to him not being able to hit at MLB level, Jarred Kelenic. All of those huge pieces of this team are injured right now and the team has still won 8 of 10. Culled down to its barest essentials, including a great defensive catcher, some decent outfield bats in Jesse Winker and Sam Haggerty, and a surprising number of veteran power hitters [Justin Upton AND Carlos Santana are a part of this team], the Mariners can still outscore their opponents, mostly thanks in part to the rotation stymieing them.

And my hope is that once these injured players return, they can use this as a ramp up and actually get back to competing for a playoff spot. It's been 21 years, the Mariners have a guy who wasn't even 1 when they had their last playoff season, I really want them to get there this year. It won't be easy, but they're only behind the Rangers by 1 game, and all they need to do is slowly work their way back up and wait for the Astros to lose a few games. And then, before you know it, the Mariners will get their glory.