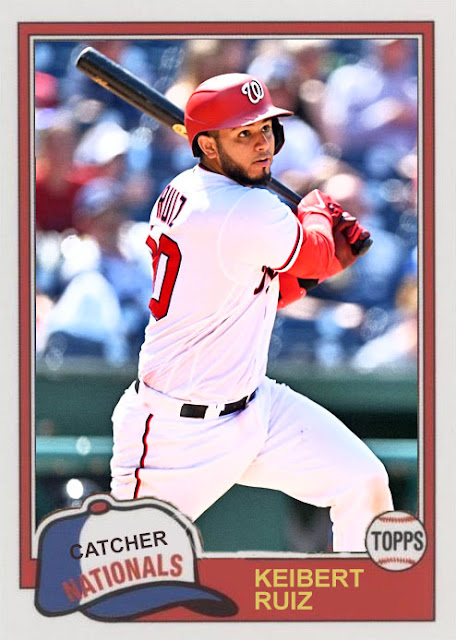 The 2022 Nats. I think all you need to know about this team is that Juan Soto, who already has a World Series ring and so many offensive accolades, has entered the 'early-to-mid-20s slump' portion of his career. The bit that a lot of major leaguers start with. You know, Julio Urias spent his first 4 or so seasons in it, it derailed Harper for a second, it's the reason why everybody's coming up at 25 now. Juan Soto is currently 'only' hitting .225, with 'only' 14 home runs.

And after starting his career at 19 with four straight excellent seasons...I think Juan Soto can afford to take a breather year. The only problem is that with normal Juan Soto, that leaves the Nationals themselves looking even more human that usual. And thus, no matter how much Juan Soto can do, we still have to endure games where Patrick Corbin strikes out 10 but gives up 8 runs, or where Josiah Gray has a great start that registers as an L because this team can't defend.

Another way I can sum up this Nats team: Joan Adon was demoted with a record of 1-11 and a 6.97 ERA. The team is down to four starters, as they've been using Jackson Tetreault in addition to Corbin, Fedde and Gray. They've been using Paolo Espino as a sort of opener, but he's better suited to relief work. The Nats are seriously considering bringing Adon back up to start games. I kinda want them to. We haven't had a 20-game loser in a while.

I'm thankful that this team has Josh Bell, who's having a great year and is reminding people of his peak Pirates numbers, as well as Keibert Ruiz, who's becoming a solid hitting catcher with 19 RBIs so far...but man is a lot of this team just dire. Alcides Escobar's comeback was definitely just a 2021 thing. Victor Robles and Maikel Franco shouldn't be starting position players in 2022. I have no idea how Tanner Rainey has 11 saves. The best defender on this roster is Lucius Fox, and the only reason he's not up in the majors right now is because he's got a .080 average. This isn't even a fun mess, it's just an infuriating mess, and so soon after a championship as well.

I imagine more people will leave this month. Not sure who. Not sure who's good enough to go at this point. But hopefully the Nationals find their core one of these years.

Coming Tomorrow- Ironically an ex-Nat on a worse team.