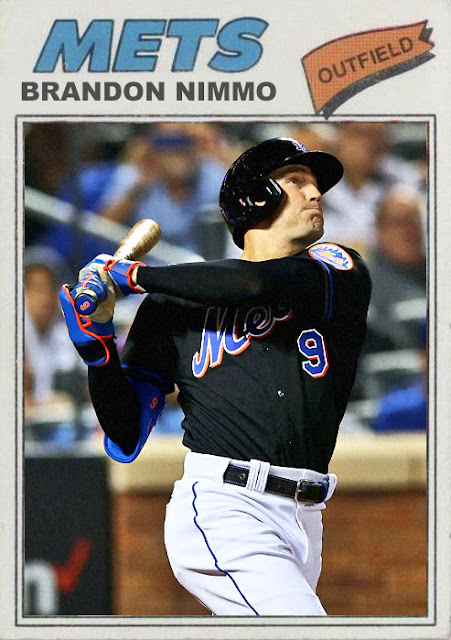 After several consecutive years of starting strong, peaking and playing the spoiler, the Mets are 20 games over .500.

The Mets are at the point right now where the majority of their lineup is not only hitting, but hitting well. Brandon Nimmo, Jeff McNeil, Francisco Lindor, Mark Canha, Starling Marte and Pete Alonso are all hitting well, and are all definite players to watch in the majors right now. And it's not really like 'well why's this guy not hitting as well as this guy?' or 'why is THIS guy doing the best' or any of that. The people that are supposed to hold up this Mets lineup are doing so. Pete Alonso is hitting homers. Nimmo, Marte and Canha are the contact pack that they needed. McNeil is the kind of asset that most teams wish they had. 5 guys have over 70 hits, you can't say that about the Tigers.

I think the eyes are back on this team now that Max Scherzer is back, and while I don't think the pressure is really gonna hurt them with the quality of baseball across the line, the air of 'are they gonna stay healthy?' encompassing THREE DIFFERENT GUYS [Scherz, deGrom & Megill] isn't...great. Yeah, Scherz looked really good last night, if a bit restrained, but...I think every Mets fan is worried that deGrom's still gonna have a glass-boned tendency once he comes back. And it sucks because he's one of the big pieces of the franchise, he's still in his prime, and this is his last year of official Mets control. And it just came out this week that he might wanna go to Atlanta next year, which...could you imagine Soroka, deGrom and Anderson all missing the entire season together like buds?

The Mets' current rotation consists of Scherzer, Taijuan Walker, Carlos Carrasco, David Peterson and Trevor Williams. Even without deGrom, Megill and Chris Bassitt, you could honestly do a lot worse. Also, Edwin Diaz is back. He's not a mega-save guy like he was before, but he's still a lights-out, consistent closing pitcher, and I think the Mets are glad they have that and don't have to trade some triple-A hotshot for Mark Melancon or something. They still might, ya never know, but...they're good in the ninth. With their luck, this is very good.

I like what the Mets are doing, I still think they have an advantage over Atlanta, and I think the division's theirs if they can keep the big guns rolling and the core hot. The deadline is gonna hand them a catcher- if they do well enough, Willson Contreras, but they could also try for somebody like Sean Murphy or Yan Gomes or somebody good. And then they'll just have to see if they can fulfill the expectation of their fans, which is always the hardest hurdle to cross.