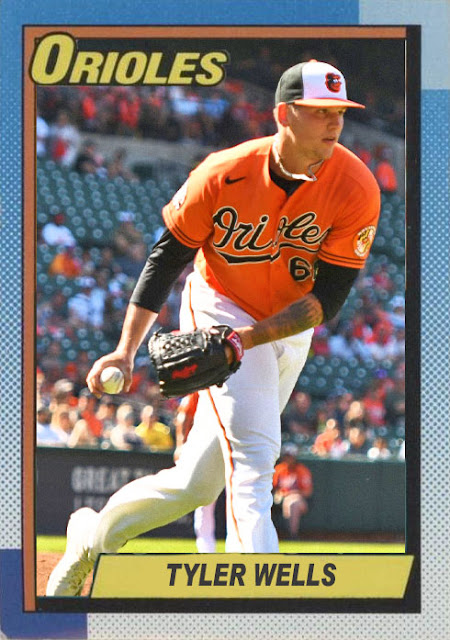 It's early July, and the Baltimore Orioles have 35 wins, 5 guys with over 30 RBIs, three trusted rotation options, a shockingly good closer, and are 6.5 games behind the wild card opposition. This could be a ton worse.

I was very worried about how this rotation would shape up without John Means, but Tyler Wells has been a breakout this year. Wells started the year in the rotation [an oddity given his status as a reliever last year], and in 15 starts has a 6-4 record with a 3.23 ERA and a 1.033 WHIP. For a guy no one has heard of to become a trusted top starter so quickly is pretty incredible. Wells has had a steady, not-too-showy year, and has persisted while other O's starters like Bruce Zimmermann and Kyle Bradish have gotten hot and then spun out. Wells, Jordan Lyles, and for some strange reason Dean Kremer have become a trio of reliable arms for Baltimore, and have given this team far more rotation security than anyone could have imagined. And beyond that, this team has Keegan Akin, Clonel Perez, Felix Bautista, Dillon Tate and Jorge Lopez in relief. And they're all doing well.

Seriously, now that Rutchman is hitting, and now that Mateo, Mountcastle, Santander, Mullins, Hays and Mancini represent a mostly-homegrown, relatively young core that, unless something goes seriously awry this July, isn't going anywhere...I think we really need to discuss the possibility of the Orioles competing relatively soon. Because think about it...this team will get John Means back eventually. They will figure out how to work with Bradish and/or Zimmerman, and then eventually Grayson Rodriguez or DL Hall will come up and start hopefully performing as expected. And then...as bad as this team has been all this time, we could be looking at the next mid-2010s Royals, or even the next Astros [granted, that organization's run a little better than this one].

The big possibility, though, is Cedric Mullins possibly getting traded. There's definitely a chance. He's got enough tenure, he's eligible for arbitration next year, he's nearing his 30s, and perhaps the Orioles wanna build the team around Rutschman or Mountcastle. So if Mullins gets traded, I won't be shocked. But I don't think it'll stop this team from eventually competing, because something's definitely getting built here. This team is way better than they were before. And imagine how good they'll be once everything clicks.

Coming Tomorrow- A second-year catcher for the 2nd-worst team in the NL.