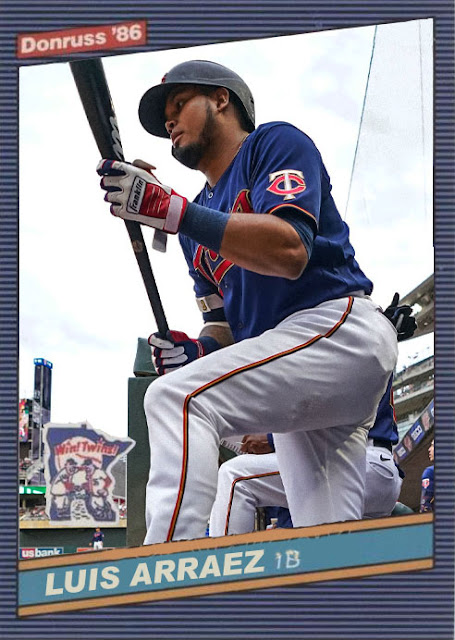 I think there aren't many people left in the MLB who remember that the point is to just get hits. You can do the long ball, it helps if you score runs, but the best thing you can do is put it in play and get on base. It's what the game was founded on, it made people like Ty Cobb, Tony Oliva, Rod Carew, Pete Rose and Roberto Clemente stars, and it's a valuable piece of some great teams. The 2001 Mariners had Ichiro doing his contact stuff, the 2003 Marlins had Juan Pierre, the 2008 Phillies had Jimmy Rollins. A good contact hitter is a great thing to have, because it ensures that your power hitters aren't always hitting solo homers.

Which is why Luis Arraez seems like such a refreshing, interesting force this year. Arraez has always been pretty good, he did well in a backup role last year, was awesome his rookie year in 2019, has been a fun piece of these Twins teams. Not only is Arraez having his best year yet in 2022, but he's leading the whole team in WAR. And yes, that means he has a higher WAR than Byron Buxton, who's also having a great year.

And Arraez is doing this all with a .346 batting average, quite obviously leading the league. Further, his career average is .321. Yes, he's only been playing for a couple years, but he's only had 1 season with an average lower than .300, and it was a .294 year last year. So for this guy to have a CAREER LOW of .294 is certainly a big deal in an age where any second Joey Gallo spends above .200 is due to a math error. Arraez has also been fantastic to watch both at the plate and in the field, and has 94 hits and 25 strikeouts.

For someone to have 94 hits and 25 strikeouts now, in the age of the all-or-nothing hitter, is something special. Maybe the contact hitter is coming back? Maybe Arraez is the last of his breed and conquering the giants by refusing to play their game. Either way, it's really cool to watch.

The Twins in general are still in pretty decent shape, and have outrun the Guardians for a bit after they had some tough series with competitors. Buxton, Arraez and Kepler are still leading this team, Polanco and Correa are back and performing, and Joe Ryan, Sonny Gray, Devin Smeltzer and Josh Winder have been an unlikely but powerful rotation crew. This team is still on the right track, but the Twins have a tendency to slow down in July, so we'll see how this shapes up this year.