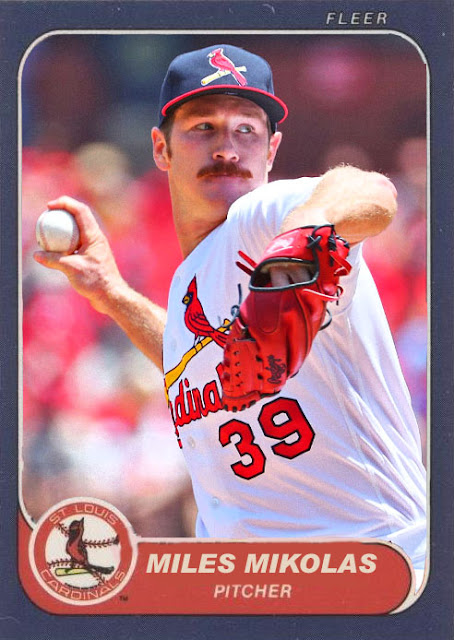 The Cardinals and Brewers are still going back and forth on who gets to be in first, as they have for the past few years. I honestly think this has been one of the most underrated battles in the game right now, because this has been since like 2018, these teams going back and forth. 2018 the Brewers take it, then 2019 the Cardinals make it to the NLCS, then it's been mostly the Brewers getting slightly further the last few years. And now here we are. Neck and neck, even play.

Although...if we're being honest, the Cardinals are the better team. By a large margin.

Realistically, these teams are kind of even because they're using different strategies. Brewers have the more pitching energy and defense, Cardinals have the more organizational depth and hitting energy. And it's gonna be a matter of which is bigger, and...I still think it'll be St. Louis, but I might be wrong.

What I can say about this Cardinals team is that there's so many incredible seasons happening here that it'd be odd if they DIDN'T make the postseason. Miles Mikolas is having his best season in years, fully healthy and confident. He has a 2.64 ERA with 69 Ks in 14 games, and he's even more consistent than Adam Wainwright, who, let's be clear, is also having a really damn good season. With so many injuries to this pitching staff, and Jack Flaherty, who just got back, in sort of meh condition right now, it's good to have people like Mikolas, Wainwright and Dakota Hudson who can eat innings and hold things down. I worry about the overall rotation depth, as they're doing some bullpen games and throwing in Andre Pallante, but the group they have has definitely been working.

And then the lineup is just ridiculous at this point. What does Tommy Edman have, a 4.3 WAR right now? It's June. Lord almighty, this guy's good at baseball. And he's not even a marquee guy like Goldschmidt or Arenado. They just sort of have him around for contact, and this is how well he's playing. My gosh. And to have the entirety of Nolan Gorman, Brendan Donovan and Juan Yepez playing well in a year where big rookie prospects have disappointed in Detroit and Baltimore? It just proves how good this team's farm system is.

I genuinely think they're gonna outlast the Brewers. It won't be easy, and I definitely see the Brewers heating up in a bit, but...with everything the Cardinals are working with, I don't see them not doing something with it.

Coming Tonight: Not often do I see someone play baseball and think to myself 'well now he's just showing off'.