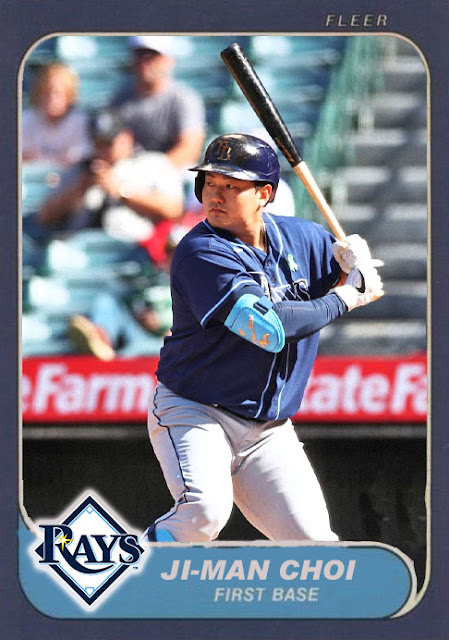 I talked about how the Giants have succeeded by using unlikely players in big roles while not compromising their core earlier today, and I think it's an excellent business model. Gabe Kapler, though, does seem to be a few paces away from Kevin Cash, who had perfected the idea of taking low budget risks from other squads and making them into major parts of the team.

Case in point: looking at the Rays' starting lineup, there are three actual homegrown players- Kevin Kiermaier, Brandon Lowe and Wander Franco. Everybody else was netted in trades or small deals. Ji-Man Choi spent years trying to find a squad to play 1st for, jumping from New York to Anaheim to Milwaukee until finally becoming a mainstay for the Rays. Now he's hit 35 RBIs and 6 homers, and he's a very important member in this lineup. Yandy Diaz was flipped from Cleveland and he's been a steady corner infielder for these teams, this year he's got a 1.4 WAR. Obviously Arozarena and Zunino were traded to Tampa and became All-Stars. Francisco Mejia, Harold Ramirez and Brett Phillips have all become great extra bats.

And NOW...we have Isaac Paredes, who was flipped to the Rays a few weeks into the season due to lack of room in the Detroit infield, is having a PHENOMENAL month in Tampa, hitting .283 this month with 13 RBIs and 7 homers, becoming the kind of killer corner infielder he could have become for the Tigers. And yet the Rays' GM knew to strike at the exact right time to land a new hero player. I don't know how they do it.

The Rays, while currently in fourth, are right there in the AL East race, and sort of deadlocked with the Red Sox and Blue Jays for second. The difference is that the Red Sox have had crazy momentum this month, the Jays, as per usual, are doing well in June, and the Rays, honestly, have lost more momentum than they've gained this month. Without a lot of big guys in the lineup and without Drew Rasmussen and now J.P. Feyereisen, they're a bit more human and have a few more people sticking out against the current. I still see the Rays as the dark horse of this division, but that's exactly what they want me to think, so they could go on a tear soon enough.

Coming Tomorrow- A foundational infield piece for a growing, but still mediocre, team.