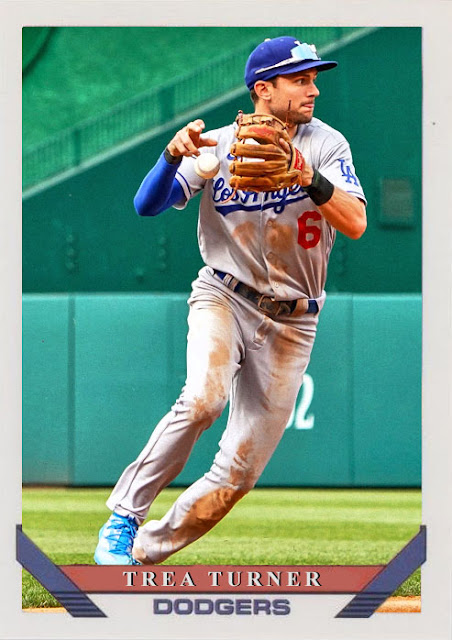 Right now, there are three divisions of six that have cutthroat back-and-forth battles at the top. The AL Central is a duel between Cleveland and Minnesota, the NL Central is the Brewers and Cardinals squaring off, and the NL West is a race between the Padres and Dodgers to see who can outlast the other. Obviously, most MLB eyes are fixed towards the NL West battle. If the Yankees aren't gonna lose the division for a little bit, it'll have to do seeing the Dodgers lose theirs.

The Dodgers, as it happens, are still a few games ahead of the Padres, and have been a bit more consistently good than they have in the stretch that started at the very end of May, but they're not out of the woods yet. The Padres, like they were in 2020, are the underdogs trying to take the crown for themselves, and the Dodgers need to prove they're as good as their reputation says they are.

And currently, even without Mookie Betts, they still look pretty good. Trea Turner has taken this month to go into overdrive, and leads the team in batting average and RBIs. Freddie Freeman, Will Smith and Cody Bellinger still make a pretty strong top of the lineup. Hanser Alberto has become one of the most versatile bench utility men in the leagues. The ENTIRE ROTATION, including Kershaw, Urias, Tyler Anderson, Andrew Heaney and the absolutely unhittable Tony Gonsolin, is keeping down opposing alliances and dominating on a major level. Losing Buehler is tricky, but getting Heaney back and having him still be really good is also excellent. And thankfully, while Craig Kimbrel has been imperfect in the ninth, Daniel Hudson is a fantastic backup closing piece.

My big issue with this team is the lack of depth in the lineup. There are so many bench pieces who aren't hitting right now. Austin Barnes, Eddy Alvarez, Zach McKinstry, all not hitting. They also brought back Trayce Thompson, whose ENTIRE THING is how much he refuses to hit. And the two bench pieces that had upsides, namely Edwin Rios and Kevin Pillar, are currently injured. And when people in the lineup like Max Muncy and Justin Turner are beginning to let the team down as well, it doesn't bode well for if more people get injured. It sucks, cause this team used to have so many backup plans, and now a lot of them are failing as well.

I still think the Dodgers are the team to beat in this division, but they need to be very careful over the next week or so, because the Padres could definitely catch them and keep them down.

Coming Tonight: The one pitcher in my division that frightens me the most.