Phillies: Will we be seeing the Roy and Roy Show? 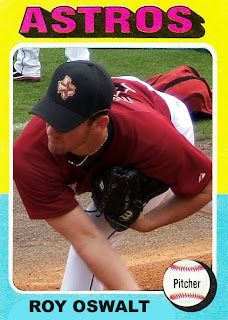 Trade talks are flying through Philadelphia like all birds fly away from Temple Games. The #1 Philly trade rumor concerns a certain Houston fireballer. Yup, this is the post where I talk about Roy Oswalt.

He's been with the team since early in the decade, and apparently, he wants out. Last night, the Astros and the Phillies struck a deal to send Oswalt to Philly. Only one problem- they need Oswalt's approval.

I don't think Oswalt is going to go to Philly, but if he does, here's what might happen:

Either way, he'd make a pretty good pitcher for the Phillies. Let's just hope that the minute I post this, he doesn't get traded to St. Louis.

Update- Roy agreed to the trade! He'll be going to Philly while JA Happ and some youngsters go to Houston