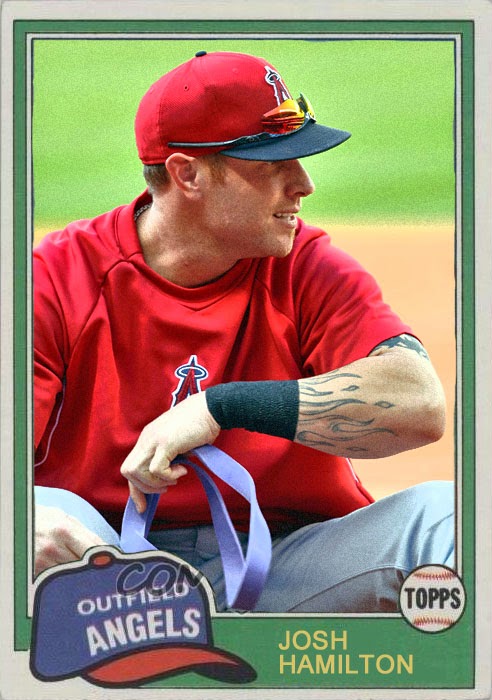 It took a nice five years to build up the legend of Josh Hamilton.

However, it only took one to destroy it a little.

It's sad, because that five year legend was actually looking like it was gonna stick around. He had a good story, and he'd come back from so much to be a big star. The 2008 Home Run Derby was so much fun thanks to Hamilton.

Who wants it to end like THIS? Not hitting, not playing well, not happy? Legends should end gracefully, not abruptly.

This year needs to be big for Josh if he wants to stay relevant, because he's gonna lose all the fame if he keeps playing like he did last year. It's a little sad, too.

I just hope he does something this year.

UPDATE: Out 6-8 weeks. Boy, that was really great timing, wasn't it?