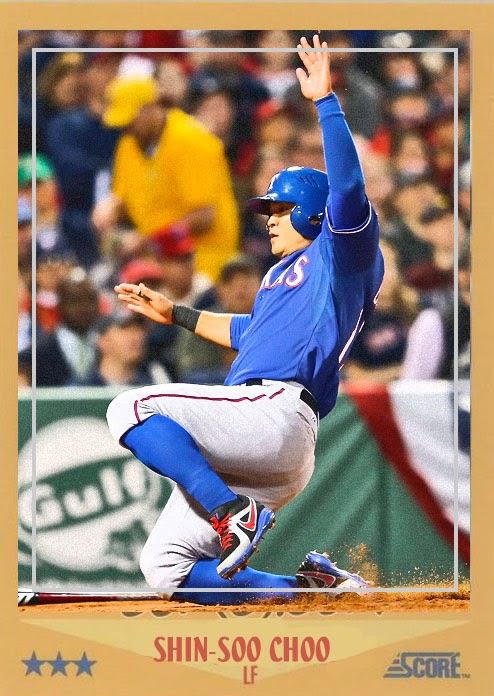 Always count on Shin-Soo Choo to somehow make an appearance within the first month of customs without really doing anything noteworthy. It just happens that way.

Unfortunately, the Rangers got to him this year. For those of you unacquainted, the Rangers are like the Yankees, to Yankee fans. They do all the Yankee-ish things: swallow up young players at the trade deadline/offseason, make numerous postseason trips, house infuriating players and history, and live near an equally infuriating football team (Giants, Cowboys...what's the difference?)

This year, the Rangers threw some actual likeable players into the mix, like Choo and Prince Fielder. Choo had a nice season in Cincinnati last year, so maybe he'll at least do well enough while keeping Texas from doing well again. I dunno.