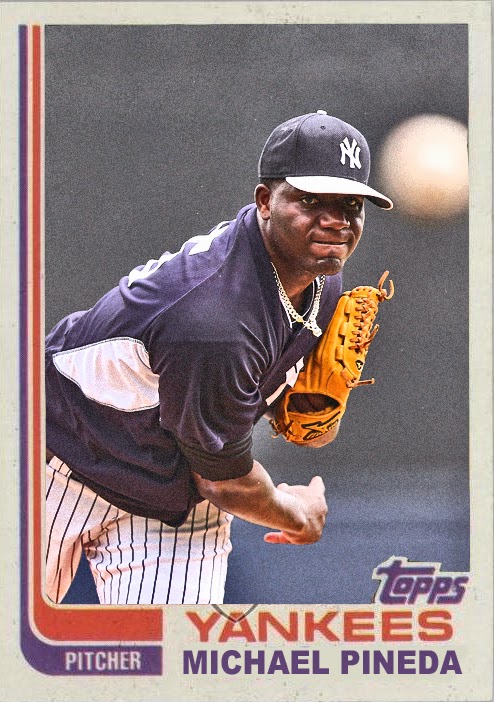 I'm not too religious, but I at least know something about Easter, other than the whole 'jelly beans and chocolate bunnies' part. Therefore, I hope it's not too tasteless to be posting a custom of Michael Pineda today. He's the closest thing the MLB has to a resurrection.

Look, pretty much every Yankee fan thought his career was dead in the water back in 2013. He pitched a pretty nice 2011 season, came to us the next year, got injured and didn't show results until late last year.

Now, after a few very nice starts, Michael Pineda is becoming one of the stronger pitchers in the Bronx. How about that?

Only problem is I don't know if he's for real. I don't know if this is gonna last until the end of the season, or if he'll get hurt again or anything. I'm just glad that he's pitching well NOW, and that he's finally giving the Yankees some of the stuff we signed up for when we gave up Jesus Montero for him.

(Speaking of which, remember when we all thought losing Jesus Montero would be detrimental to our chances? Man, those were some strange days)