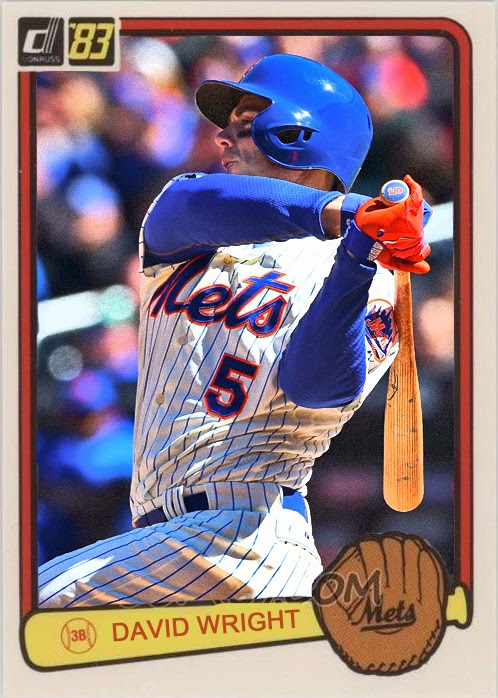 I, unlike most Phillies fans, do not especially dislike the Mets.

Yeah, I know, I probably should, seeing how it's every Philly fan's God-driven right, however I really don't see the problem with them. In the time I've been a baseball fan (2000's on), they've been a generally middling yet ambitious kind of team, that'll have a good year followed by a good decade or so of rebuilding and retooling, and then the cycle repeats again.

2006 was the last really good year to be a New York Mets fan. Back then they had that core four of Beltran, Delgado, Reyes and Wright, with accompaniment by Pedro Martinez and Tom Glavine. It was a hell of a team, and I would have preferred them win the pennant, rather than those stinking Cardinals. But since then, it's been a number of setbacks, Johan included.

I doubt that this season will be the big breaking season for the Mets, though I'm not counting it out. David Wright is immensely powerful, as usual, though one guy cannot speed an entire team to the playoffs (no, not even you, Dexter Fowler. Nice try).

I just imagine that David Wright will have another All Star caliber season, maybe come a good ten places short of an MVP win, and the Mets will probably still be higher than the Phils, yet still blow ass.

Then again, it is baseball. Anything can happen.

Coming Tomorrow- The new huge star in Arizona.
Posted by Jordan at 4:09 PM