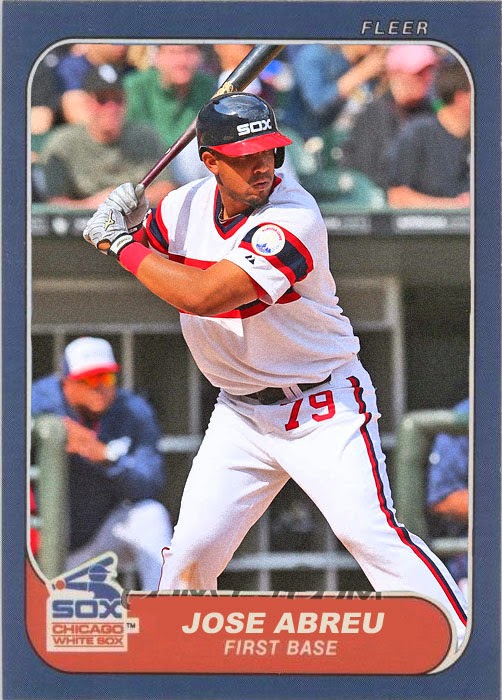 When really putting things into perspective, in the last ten or so years, the White Sox, I think, have the saddest story of any of the recent World Series winners. Their story is that they were never really contenders, except for one or two blips on the radar. Then they have the 2005 season, they win the World Series, pandemonium ensues.

With the exception of a Tampa-halted run in 2008, the White Sox haven't made a significant postseason move since. Keep in mind here, teams like the Rays and Astros can get there and never come back, but they'll be good for some years before becoming terrible again. They'll get close. The White Sox...haven't really gotten close in a while, since the WS win.

And that is exactly why they NEEDED someone like Jose Abreu.

I mean, as far as Cuban defectors go, Jose Abreu is not #1. He's not gonna be someone like Yoenis Cespedes and Yasiel Puig, who just hit home runs and conquer the media frenzy. I imagine Abreu is gonna lay low, and sloooowwwlly become a really nice player. He's hit some nice stuff in the last few weeks, and he's given the Sox a spark that, honestly, they haven't had since Frank Thomas' prime.

Hopefully Abreu will do something nice for the White Sox down the line, because they really deserve it.