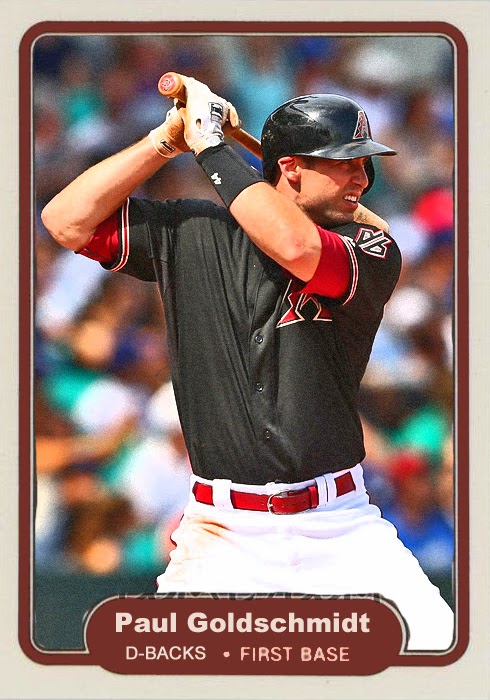 Mark Trumbo is becoming the talk of the Diamondbacks this week, because he's already hit three home runs in his first few games. Yet still, Paul Goldschmidt is undeniably the one to watch?

Why? Well, last season he came 2nd in the MVP voting to Andrew McCutchen. Some people still think Goldschmidt should have one. Bottom line- this guy's dangerous.

This also comes as a pretty convenient solution to Arizona's dilemma since its inception. Randy Johnson notwithstanding, the D-Backs never rallied around a single anchor, one guy that would just act as the star of the team, and owe himself to leadership status. Justin Upton came pretty close, but nobody else really got there. If Paul Goldschmidt keeps having seasons like 2013, he could definitely get to that place.

Mark Trumbo-mania will probably die down slightly. He could have a big season, but we're five games in. John Axford is leading the AL in saves. Some guy I've never heard of from Minnesota is leading the AL in RBIs. This is what the first week is for- for the lucky people to have nice weeks before everyone else catches up over the course of the rest of the season. Mark Trumbo, as of now, is lucky.