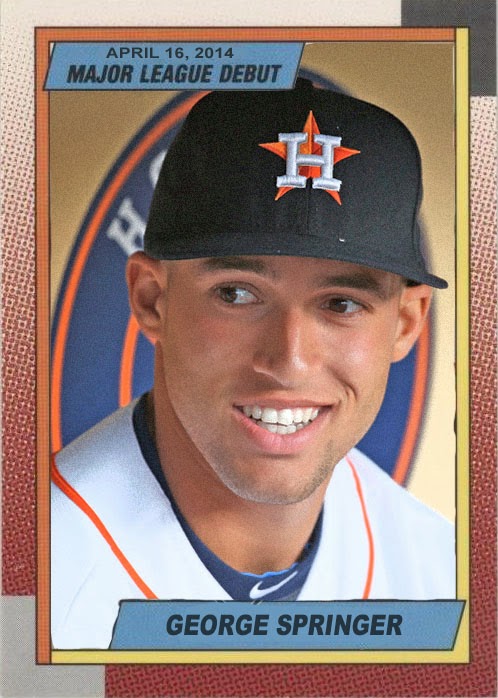 Prospect History: Drafted by the Twins in 2008, chose to go to college, redrafted by Astros in 2011, at 11th. Looking like that decision sorta paid off, as he could be a big player for Houston.

Debut: Struck out twice, had one hit. To the Astros, this is gold.

Impact he could have on league: If he makes it big, he could be a huge star for Astros, and either will bring them back from obscurity or be traded to Arlington in three years' time. If he doesn't make it big, the Astros won't know until five years too late.

Will his rookie cards sell?: I think they will eventually, but I don't think they'll sell at Harper levels. At least not yet.
Posted by Jordan at 6:54 PM