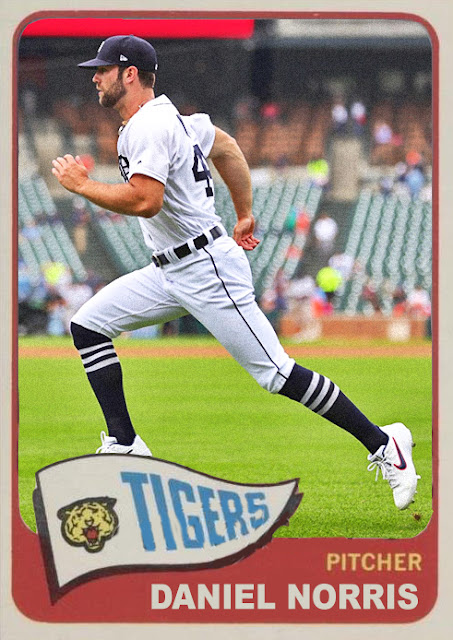 Going into this season, I knew the Tigers would be bad. It became very obvious early on. But...I had no idea they were gonna beat Baltimore to 100 wins.

From a distance, you'd think the catching would be hurting the Tigers the most, as their starter, John Hicks, is hitting .210, but Jeimer Candelario is below the Mendoza line. You'd think Jordan Zimmermann's plight would be the most pathetic, but Matthew Boyd had still given up 36 home runs.  You'd think that Travis Demeritte would be doing something, anything, to revive this team, but now he's only hitting .231. And as bad as this team is...Miguel Cabrera's still not hitting too far above replacement levels.

It's very sad. Especially when I saw this team just last year, and they weren't this bad. They squeaked out a win against Cleveland, and Candelario, who's listless now, was the hero. This was back when they had Mike Fiers, and he previewed his Oakland dominance in a pitching duel with Mike Clevinger.

The team's last 100-loss season came in 2003, Alan Trammell's first year managing. Their biggest statistical leader was Dmitri Young. This was pre-Verlander, pre-I-Rod...pre-Joel Zumaya, even. They had nothing but other people's space.

And that's kinda what this season felt like. Even the guys they're bringing up don't feel like their own, or that they're gonna lead to anything. They're just there to fill space until the next movement, and the next.

Whatever, at least the Mud Hens are a little more entertaining.

Coming Tonight: His brother just struck him out the other night, but that won't stop this guy.
Posted by Jordan at 8:49 AM
Labels: bluh, Custom Cards, Daniel Norris, Tigers