It Had to be Q 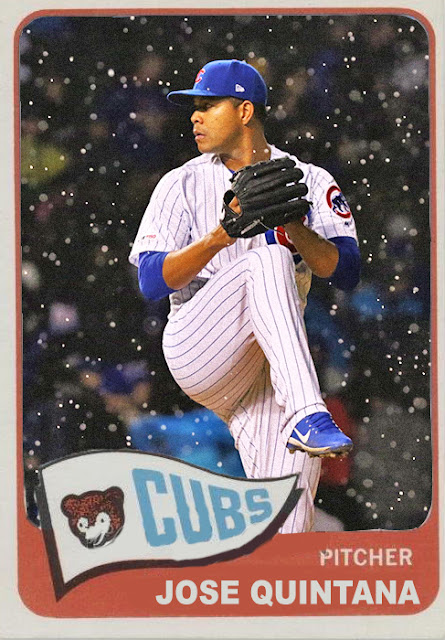 The Cubs have won 5 straight, they've got one of the wild card positions, they're 2 games behind the Cardinals for the division, and they're responsible for promoting the first of the 1st-round draft picks from LAST YEAR into the majors. But...not all is well.

For one, the Cubs will likely be without Anthony Rizzo, Addison Russell and Javier Baez for this stretch run. Those three are among their best assets, and they've had to shift things around greatly in order to keep up with the chaos, like promoting Nico Hoerner from DOUBLE-A (he's already got 11 RBIs and a .364 average), giving David Bote more starts, and giving way for more lineup spontaneity. It also helps that Nicholas Castellanos, and the TRIUMPHANT RETURN OF BEN ZOBRIST are fueling this team in the second half, helping the team get some much-needed road wins.

The most intriguing aspect of this season for the Cubs has been the rotation. It's been in several points different qualities, with different pitchers peaking at different points. Jose Quintana was okay for most of the year, peaked in August and is back to okay. Jon Lester peaked in April, then has been okay since. Cole Hamels and Kyle Hendricks peaked in May. And Yu Darvish built the entire season to this point, so that even the meh starts at the beginning felt like they'd be a natural progression to the current double-digit-strikeout games.

Craig Kimbrel is set to rejoin the team momentarily, and even without him the bullpen has been strong, with Steve Cishek actually doing well in the ninth inning for the first time since Miami, and good performances from Kyle Ryan, Brandon Kintzler and David Phelps. If Kimbrel can get back to peak levels with their support, they should be fine.

The bottom line: with this momentum, and these potential playoff placements, the Cubs have a definite shot to be in the playoffs in some capacity, be it as a division leader, or a wild card finalist. With this kind of determination, as well as the build and the Castellanos, the Cubs could become the underdog playoff favorite they once were.