To Rout, and Then Be Routed 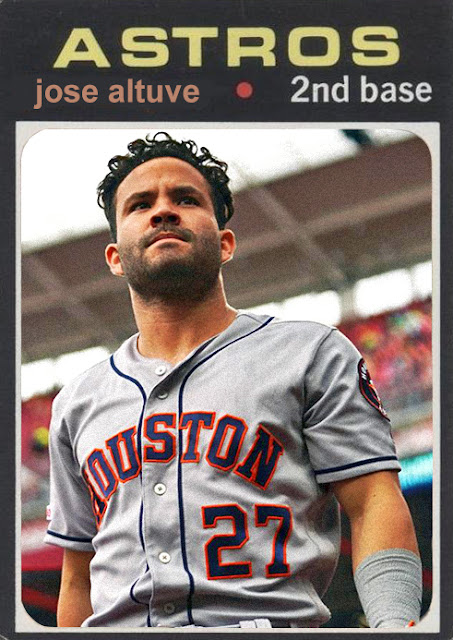 Bit of a whirlwind couple days for the Houston Astros.

Sunday night, behind Gerrit Cole, they defeat the Mariners 21-1. Yordan Alvarez has 6 RBIs, Cole has 15 strikeouts, and the M's have no chance.

Monday night, behind Zack Greinke, they defeat the Athletics 15-0, which is a lot tougher to do, especially when Mike Fiers is on the mound. Greinke goes 6 strong, Alvarez hits 2 more homers, Robinson Chirinos hits 2 homers, and the place goes wild.

Last night, the A's defeated the Astros 21-7, behind a Tanner Roark performance that still gave up 3 home runs, and two-homer-games from Sean Murphy and Matt Olson. And yet even in this shellacking, the A's still give up 2 home runs each to Michael Brantley and Martin Maldonado. That's gotta be a fun-fact stat- the A's, in two straight nights, give up two home runs each to TWO DIFFERENT CATCHERS. Can't wait to read that in next year's Athlon preview.

So what does this mean? It means that the Astros are capable of winning big games, AND losing big games. They've dropped a few double-digit games to teams like the Pirates, Blue Jays, Mariners and Royals this year. It's not like you have to go 'oh, this is Wade Miley's fault' or whatever. Every Astros pitcher gave up some runs at some point, even Joe Biagini, who was part of a no-hitter earlier this year. Sometimes, games like this happen.

Are the Astros any less of a postseason threat now that a Wild Card candidate has driven 21 points from them? No.

The Astros still have the best rotation in baseball, the best lineup in baseball, this year's supposed Cy Young and Rookie of the Year winners, an MVP candidate in Alex Bregman, and Jose Altuve's single-best home-run hitting season yet. The dude has 26 home runs, which is a career high for him, and only 135 total hits, which is a low, albeit an injury-truncated low but still. The transformation of Jose Altuve from a contact hitter into a 25-home-run-hitter is...surprising, but necessary.

Even with Correa on the IL, Aledmys Diaz and Myles Straw strong in his place. Even with Josh Reddick with a low WAR, George Springer is a surprising swing-man. Even with a full lineup and bench, Kyle Tucker's still getting some playing time in. And we're only partway through September.

Can't wait to see what these guys do next.

Coming Tonight: Yes, they've cliched the NL West for the seventh year in a row. But when will they have something greater to show for it?
Posted by Jordan at 9:25 AM