The Cain Mutiny (but this time it's in Milwaukee) 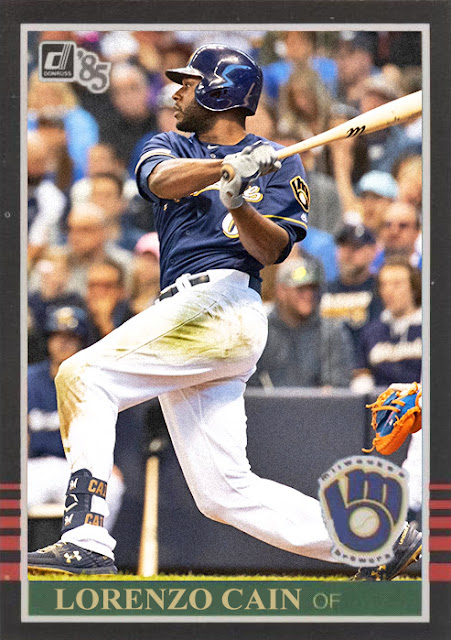 A year after becoming the sleeper playoff favorites, the Milwaukee Brewers don't seem like they'll be repeating their 2018 postseason success. Or...really any of their 2018 success.

The only Milwaukee Brewer who's shone any sign of improvement aside from Christian Yelich is Mike Moustakas, who's had more well-rounded numbers this year in Milwaukee than in his half-year stint last year. Brandon Woodruff was improving, but he's injured. Gio Gonzalez was improving, but he's been on-and-off the DL. Eric Thames is an improvement, but I think the Brewers would prefer Jesus Aguilar knowing how he's doing in Tampa. Even 2018-era Jordan Lyles is better than this year's version.

Yes, this team is still over .500, and is third place in the NL Central, but in a year where the division has seemed open enough for the Cardinals to sneak through, the same concept somehow doesn't apply to the Brewers. And that's because the pitching inefficiency that only occasionally mattered in 2018 is hitting them hard this year, with them having to call on people like Adrian Houser, Jimmy Nelson and a less-than-stellar Chase Anderson in lieu of feasible, impressive options. Yes, Davies, Gio and Lyles are great, but there's no depth. It's not like Woodruff can come in from the bullpen and shock everyone like last year. They're out of pitching surprises, and even Josh Hader is feeling kinda pedestrian this year, which says something.

And even you still have guys like Lorenzo Cain, Yasmani Grandal and Keston Hiura, who are playing beautifully, there's still a lack of shock value, a lack of oomph that was present in last year's unstoppable playoff force. Even if Ryan Braun is having his best season in years, even if Christian Yelich could win another MVP, and even if Keston Hiura could very well be the NL Rookie of the Year...this Brewers team may come short of playoff expectations, as the Phillies, Cubs, Diamondbacks and Nats all have better wild-card cases than they do. Yes, the D-Backs are in it more than the Brewers.

It's incredibly sad that the Brewers have become this irrelevant this year. I don't think it'll stay like this, especially if the pitching regroups, but...it's still sad to watch.

Coming Tomorrow- I was talking with my Met-fan cousin this summer, and he's still pissed they gave this guy up. Angels fans have to be thrilled, though.
Posted by Jordan at 9:48 PM
Labels: Brewers, Custom Cards, Lorenzo Cain