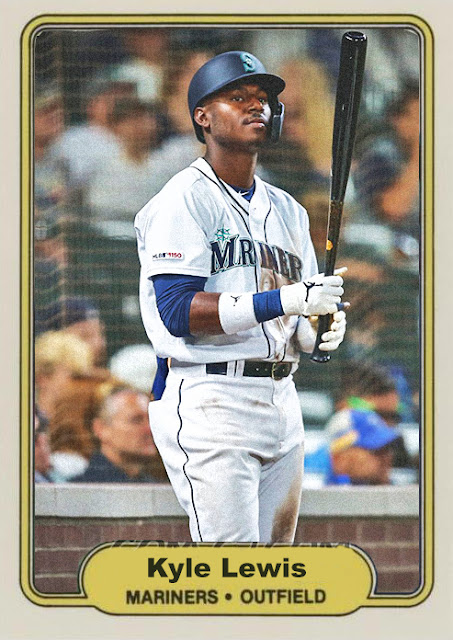 A pattern with a lot of the worse-off teams is that you'll see one big rookie divert attention from the hardships for about a week or so, before the team continues their plight into irrelevance. The Reds has Aristedes Aquino for this. The Pirates have legitimate ROY candidate Bryan Reynolds. The Marlins had Jordan Yamamoto in July.

And the Mariners had an insane first week from Kyle Lewis. So, not bad.

Lewis homered in his first three games in Seattle, eventually reaching 6 with 12 RBIs in 14 games. For a team that's been failing to get any momentum all year, this is definitely a good sign. This is also a good sign because the other Mariners in charge of home runs are all dormant- Jay Bruce and Edwin Encarnacion are gone, Mitch Haniger's injured, Tim Beckham's suspended and Dan Vogelbach has slowed down. Lewis is the kind of spark that this lineup has needed for the end of the run.

But for 2020, this lineup needs more of a spark than just Kyle Lewis. This team nearly got no-hit by Zack Greinke last night, which, for the record, is the second time this season the Astros have come close to no-hitting the Mariners. Unlike the last time with Gerrit Cole, there wasn't some strategically close left field wall to help the M's, and Austin Nola had to do the work himself to get a single off of Cole. But it was still a one-hit shutout, and that only looks marginally better.

No, for next season, the Mariners need to develop a team that doesn't feel flukey, and can succeed past April. Because, as evident by the big hitters dissolving after May, and the great pitchers slumping halfway through, that wasn't the plan this year. Next year, the team will be without Felix Hernandez, which judging from his current numbers may seem like a weight being lifted, as well as Wade LeBlanc. They're probably gonna structure this team around the youth movement beginning to rise up, especially with Lewis, and they may emphasize the roles of JP Crawford and Austin Nola.

But...will even THAT work? Because the M's have had horrible luck recently, and I'd hate to see it continue.

Coming Tonight: A speedy, young outfielder for a team that definitely underwhelmed this year.
Posted by Jordan at 10:42 AM
Labels: Custom Cards, Kyle Lewis, Mariners