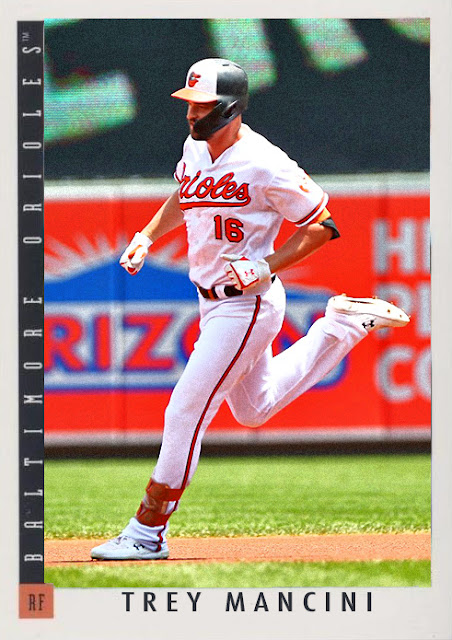 Things I learned today: The Orioles have three players with a WAR higher than 3, and Trey Mancini isn't one of them.

Said players are Jonathan Villar, John Means and Hanser Alberto, and I'm guessing the latter two will be the answer to some trivia questions in about 20 years.

The weirdest parts of the Orioles season have been the moments where the team is surprisingly able to muster a great deal of offensive ability against usually-strong teams like the Rangers, Indians, Red Sox and A's. I mean, yes, lightning can strike multiple times in the same spot, but...the fact that this traditionally-bad team can still win big occasionally is...while normal, surprising in its potency.

This is also a team on the verge of having two 30-home-run hitters, with Mancini already passing the mark and Renato Nunez passing the mark after his next homer (for reference, Chris Davis has 10). Also, this team does have a 10-game winner in John Means...even if he has also lost 10 games. Also, no substantial members of the Orioles are currently on the injured list--compare their 2 members to the near-two-dozen Yankees on there.

Look...the Orioles don't have much. At all. And a lot of what worked in 2019 might not stay for very long into the 2020s, but...there are seeds. Guys like Alberto and Nunez could lead the team towards another dynasty...or be gone in a year. It's hard to tell.