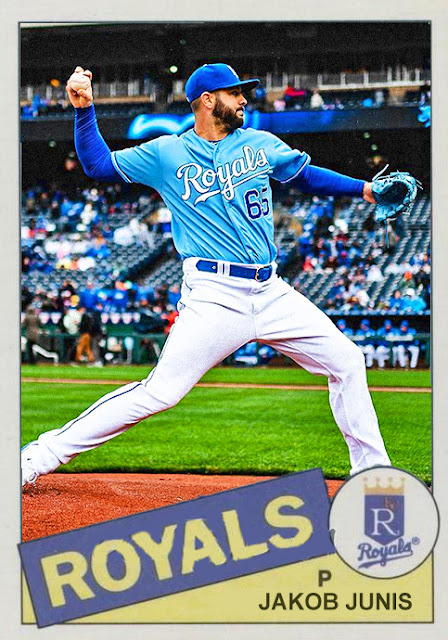 Not a lot left to say about either of these guys, so let's do a Crappy Team Roundup post.

The Royals are in fourth, which says a lot about the AL Central. They've been getting some key wins lately, but mostly because they've been playing similarly bad teams like the Orioles, Tigers and Marlins. They play the White Sox next, and I don't think that series will go as well.

The starting pitching is still an issue, even with Jakob Junis, Brad Keller and Danny Duffy doing admirably. Glenn Sparkman and Jorge Lopez have been waffling in the four spot, and Mike Montgomery has been a surprisingly potent force late in the rotation, but this kind of messy flux shouldn't be carried over to 2020. They really need to figure out a combination to stick with that won't lead to a similar amount of stress this year.

At least Ian Kennedy has been a success as a closer! I feel like it's a Bud Norris kind of thing, where he's gotten 27 saves and he's been admirable enough to keep the job, but not enough to cement career longevity.

The only member of this team whose 2020 return is in jeopardy is Alex Gordon, as he may not pick up the mutual option...or maybe he already has, I have no idea. But considering how meh this team has been recently, I'm guessing they'll continue to be this meh in 2020. And then there's the Seattle Mariners. Who are, once again, trying to reinvent themselves.

Quite obviously this is not the same team from April. Leake, Edwin, Bruce and Elias are gone, Beckham's suspended, Haniger's injured, and guys like Yusei Kikuchi and Dee Gordon have taken a backseat to the new guard. Even Kyle Seager, who was injured for the first two months, is now leading this team.

And you have people coming up out of the woodwork like Tommy Milone, Tom Murphy, J.P. Crawford, Austin Nola and Tim Lopes, who you didn't really even think of in April, who are running this team. Nola is an even cooler story even than Vogelbach, as he toiled in the minors for years, finally got brought up and is hitting pretty well, and now essentially starting at 1st.

Now, granted, the team is still kinda awful, and has declined to match its April output in terms of success, but if you look at the Mariners' season, you'll see they've had spurts of winning streaks in between their gradual descent. They can win games in a row, they're just...not a great team. So it's sad that the first of those spurts happened in April and gave everybody hope before plummeting straight to the bottom of the AL West. That's bad luck, and that's baseball.

Once again in September, you have to hope the Mariners can eventually figure out how to put together a substantial roster, but...if this one didn't work, what will?

Coming Tomorrow- Here's what I love about the Reds this year- you take a star pitcher away, and there's still 3 or 4 left. Like this guy, easily having his best year this year.
Posted by Jordan at 11:05 AM
Labels: Custom Cards, Jakob Junis, Kyle Seager, Mariners, Royals