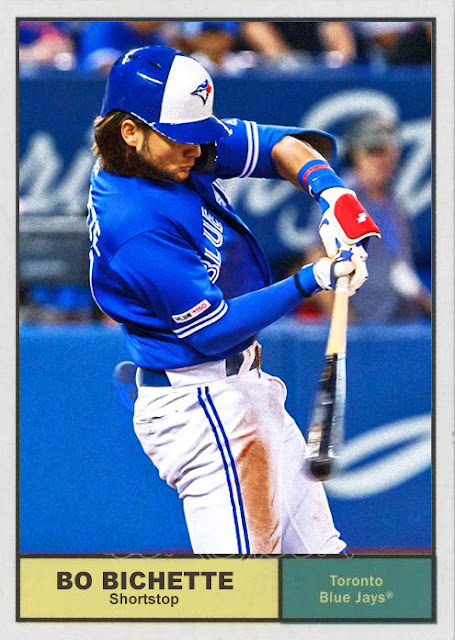 Here's a weird stat- the Blue Jays' third-highest 2019 WAR comes from a guy who's played 35 games. He has .3 less WAR than Vlad Jr., who has played 72 more games than him. And he's overtaken people like Randal Grichuk, Justin Smoak, Brandon Drury and Teoscar Hernandez, who've played the whole season.

Oh yeah, and the #1 WAR leader in Toronto is currently slumming it in Queens, so there.

Yeah, QUITE OBVIOUSLY this hasn't been a marquee year for Toronto. They came in going 'yeah, this'll be a rebuilding year', but I don't think anybody knew how much they'd need to rebuild. Pillar lasts a week with the team, Stroman and Sanchez last 4 months, and guys like Devon Travis who made the 2015 playoff teams great are nowhere to be found. The only survivor of the playoff runs seems to be Justin Smoak, and he'll be gone next year.

The Blue Jays have insisted that this year is about the future, and now that Vlad Jr., Trent Thornton, Cavan Biggio and Bo Bichette are not only all up in the majors...but essentially running the team, that is painfully obvious. None of the veterans are doing anything this year, even guys like Grichuk and Smoak who are supposed to lead the team. None of the veteran pitching signings, like Clay Buchholz, Clayton Richard or Edwin Jackson, did anything. Yes, Matt Shoemaker had an amazing start, but the dude's got glass bones and the Jays should know that.

So should we be surprised that after 3 years of being competitive, the Jays have let the majority of game production down to three rookies with familiar names? I mean, A.) they have to sell tickets somehow, and B.) said future was gonna happen eventually. Ever since these three names became prospects-to-watch two years ago, the Jays were counting down to the call-ups. They were gonna change the team, not add to an existing playoff-ready one. As has become very clear, the 2015 & 2016 playoff dynasty was NOT meant to last. Everything they had to prove was for the short term, to the point where there only long term success wouldn't happen until the next stage of the team took over.

At the very least, Bo Bichette is coming into his own. He set some insane doubles record a few weeks back, he already has 10 homers, and he's batting .322. As showy as Vlad Jr. is, Bo may be the real difference-maker in the next few years, because he's more of a five-tool guy than Vlad, sad to say.

Still...we'll have to see how these kids pan out in the next few years. Hopefully something good happens.

Coming Tonight: His team pretty much has the same playoff odds as the Phillies...which is not good for the Phillies.
Posted by Jordan at 11:16 AM
Labels: Blue Jays, Bo Bichette, Cavan Biggio, Custom Cards, Vladimir Guerrero Jr.