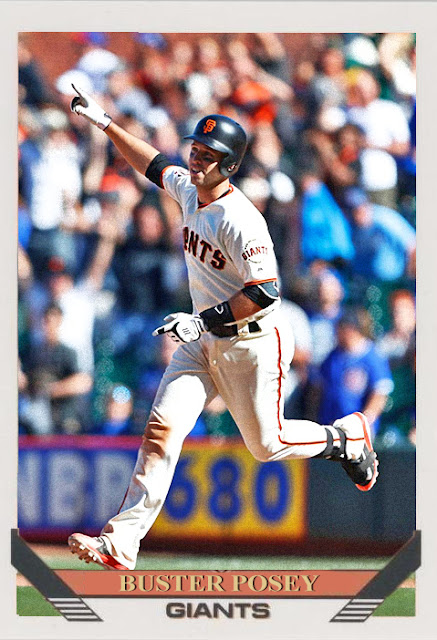 So...while this wasn't a great year for the San Francisco Giants, it...honestly could have been a lot worse?

I mean, on one hand...the Giants' July was absolutely huge. They went from last to second in an instant, fueled by performances by Alex Dickerson, Kevin Pillar, Mike Yastrzemski and Austin Slater. And...then they went back to earth because they're the Giants after all, but they proved a lot of people wrong by springing to live for a month or so.

And the intriguing part about this jumpstart is that it didn't involve many old-guard members of the team, save for Madison Bumgarner. Pablo Sandoval's progress came pre-come-up, Brandon Crawford's came late, Joe Panik was gone by September, and guys like Brandon Belt and Buster Posey felt...human for the first time in years.

This especially concerning for fans of Posey. Buster Posey has been one of the marquee stars of the decade, a landmark hitting catcher with a ROY and an MVP, and 3 World Series rings, and to see him begin to peter off into human, less-than-okay seasons, especially at age 32, is a bit sad. Like, you're expecting career longevity from a guy this great, even though he IS a catcher, and catchers don't usually have long careers AS catchers, unless you're lucky like Carlton Fisk or Yadier Molina.

I mean, is Buster Posey gonna have to reinvent himself as a third baseman? Do the Giants have any patience for that, with all the young players coming up? Is the Giants gonna have to really ask itself how much longer they're gonna be Buster Posey's team for? It's really concerning, especially for me because I genuinely like the guy.

But...with Maurico Dubon making a big splash, and Johnny Cueto being unbelievable upon his return from surgery, I'm thinking 2020 could be even better for the Giants. I just hope Posey can improve as well.

Coming Tomorrow- One of the best defensive outfielders in baseball.
Posted by Jordan at 10:24 PM