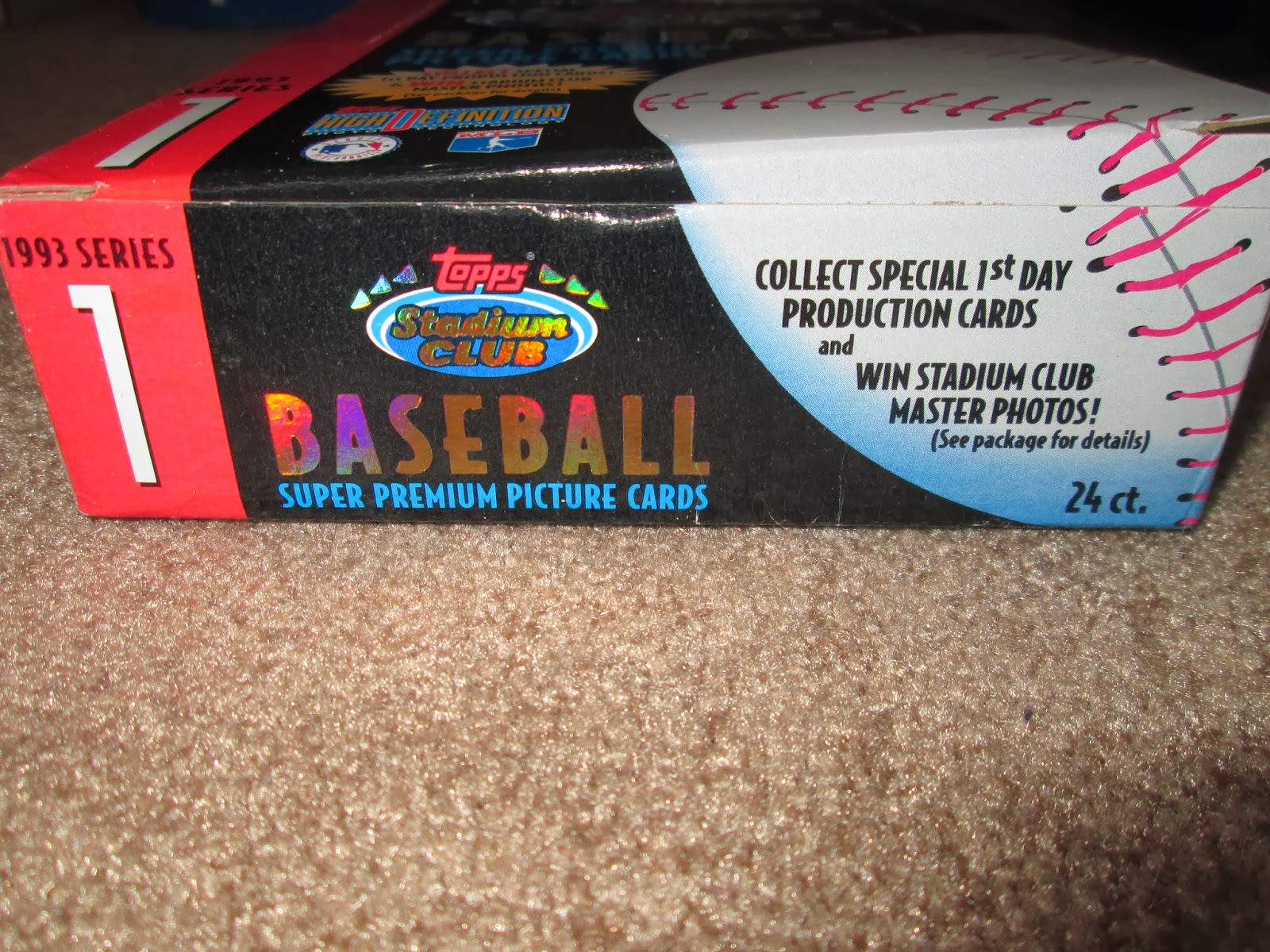 I know it's very risky to compare something to the Beatles, especially a baseball card series, but I'm comparing the entire Stadium Club brand to the Beatles. Now let me explain.
There. Analogy over. Let's get into the box. 24 packs. Here are the first eight. 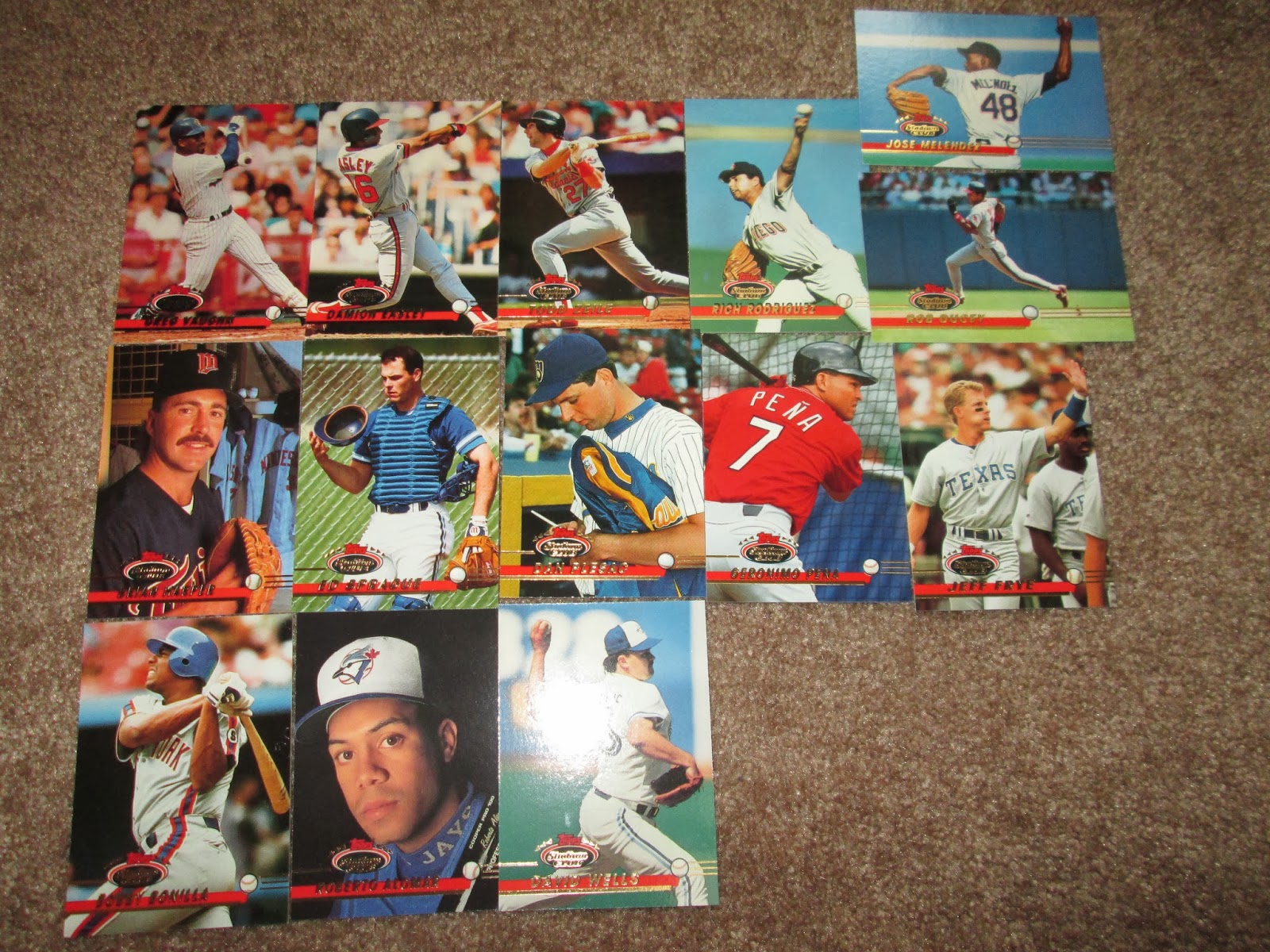 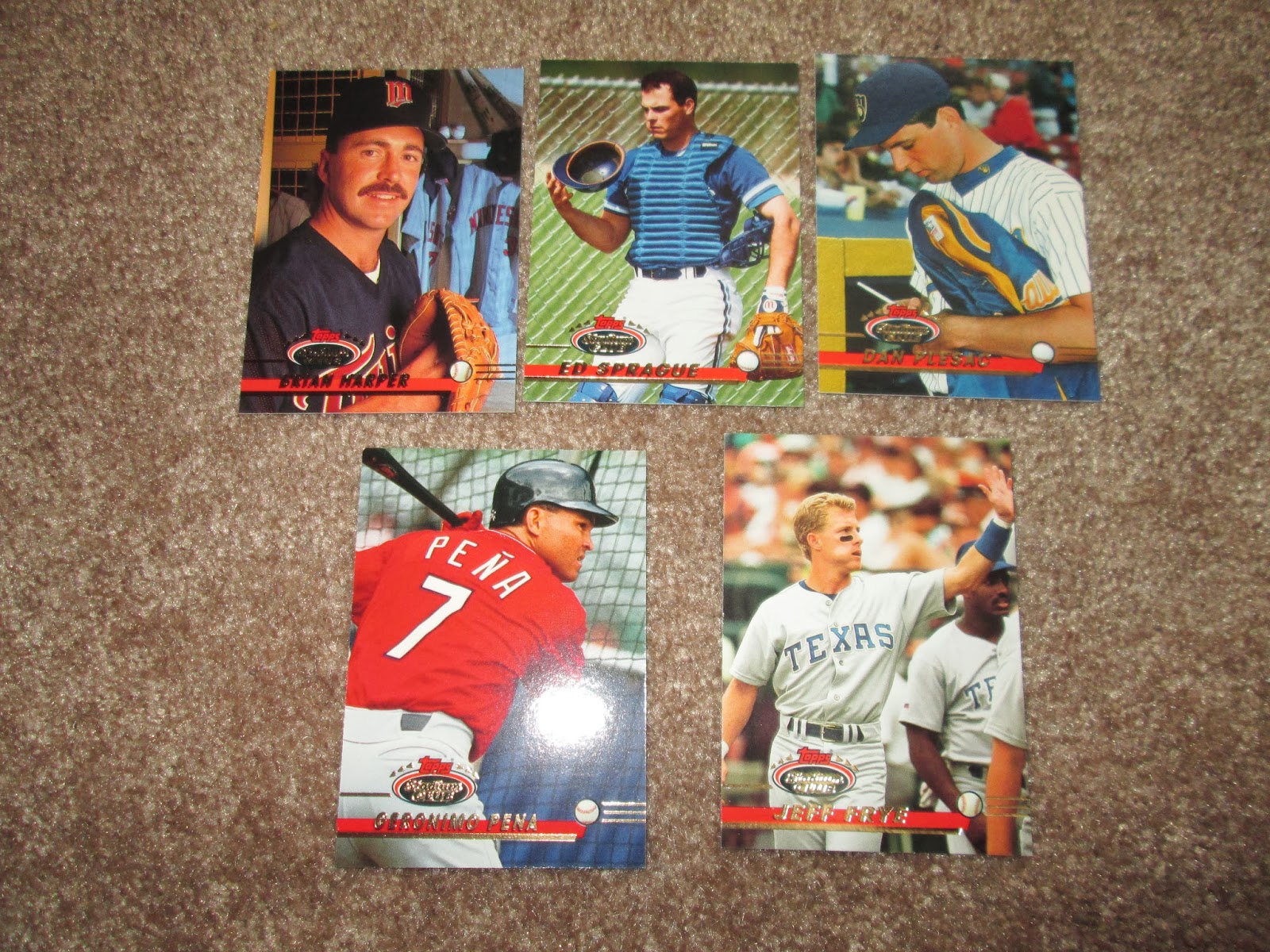 Best photos of the bunch, including a batting practice Geronimo Pena, a clubhouse Bryan Harper, and an auto-signing Dan Plesac. 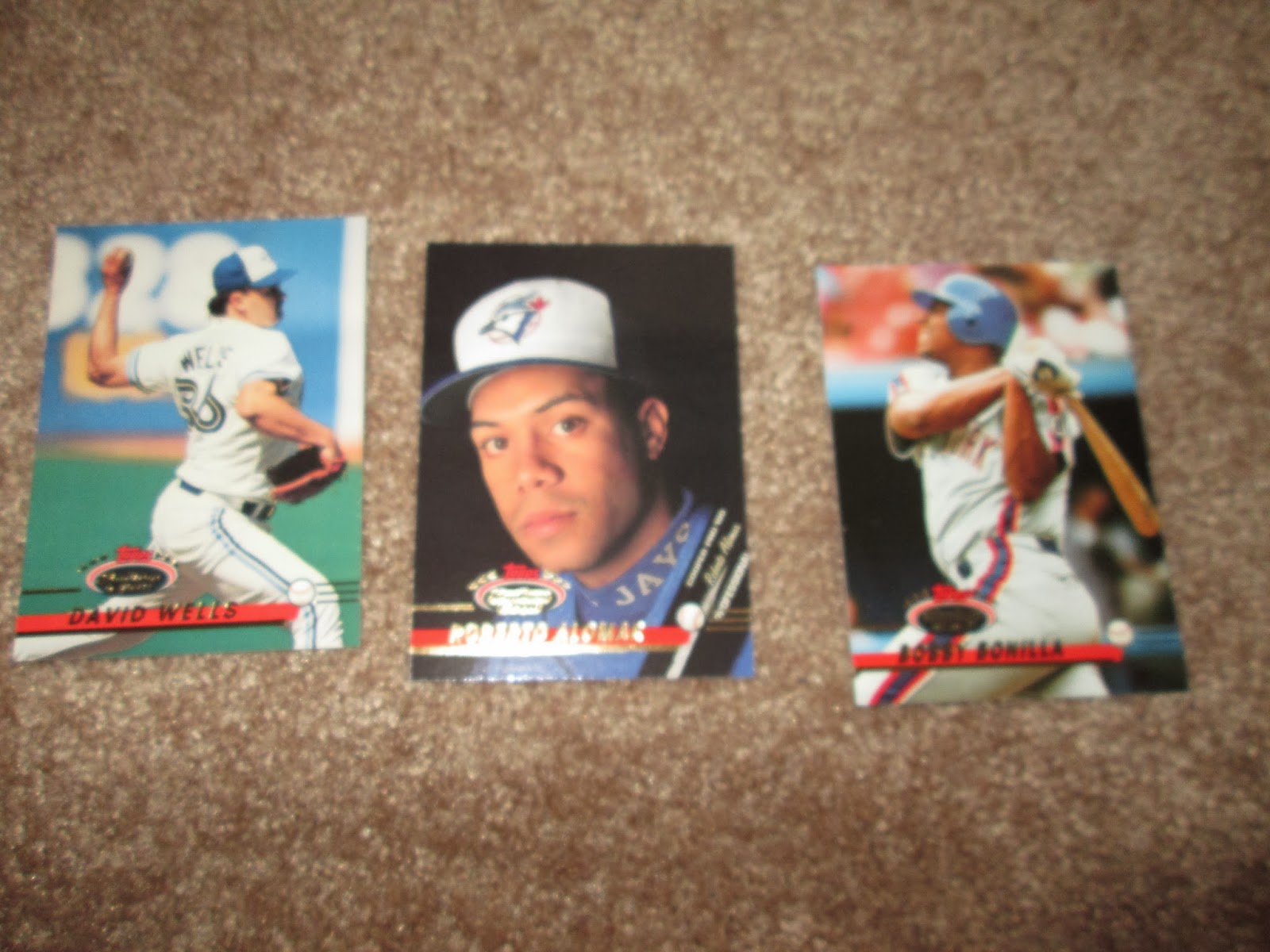 Three people who I would have definitely put into my binders in 1993, with Wells and Bonilla still being considered stars. However, Alomar is still a big star, and will always be a well-known figure, now that he's a hall of famer. 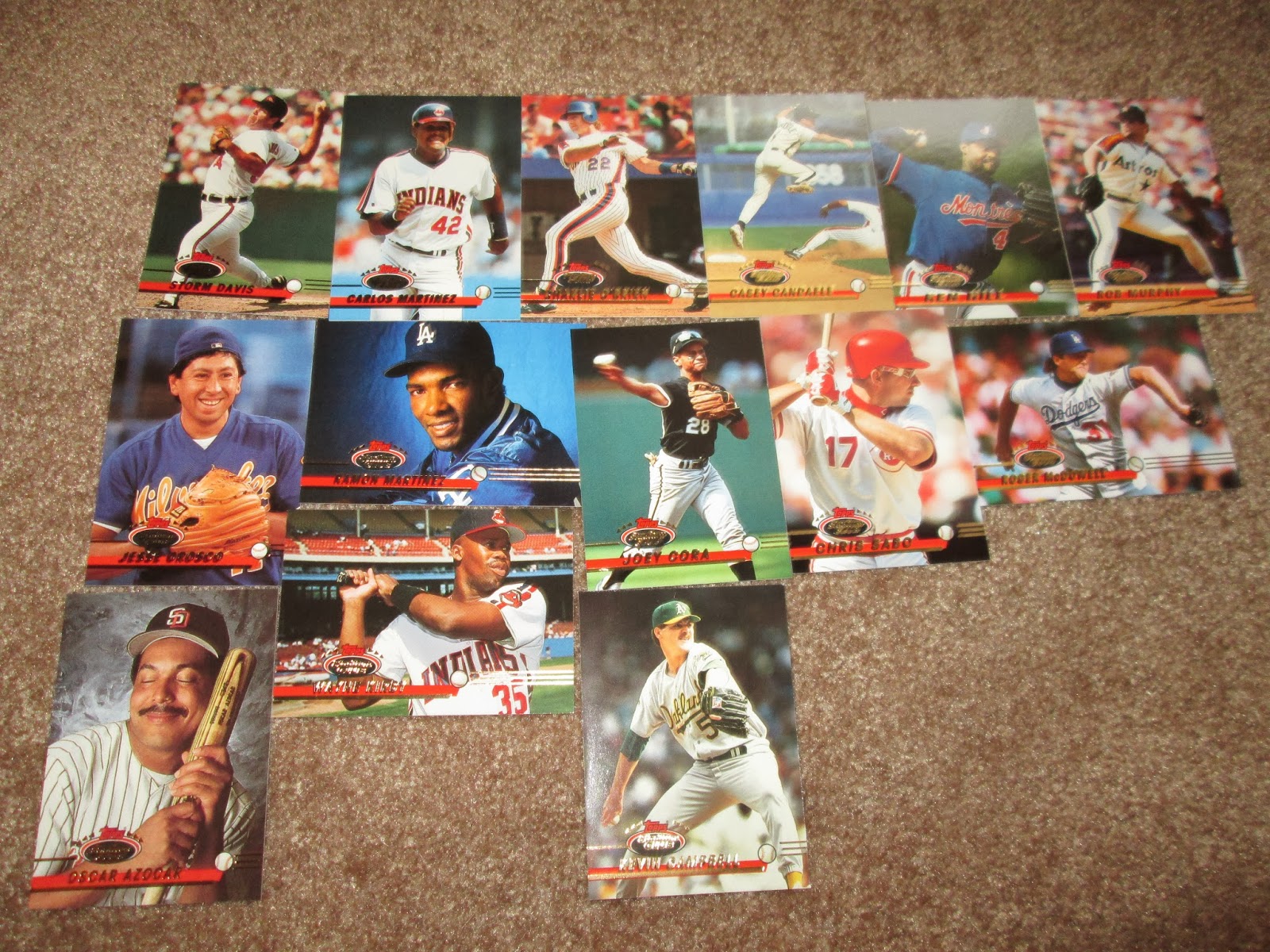 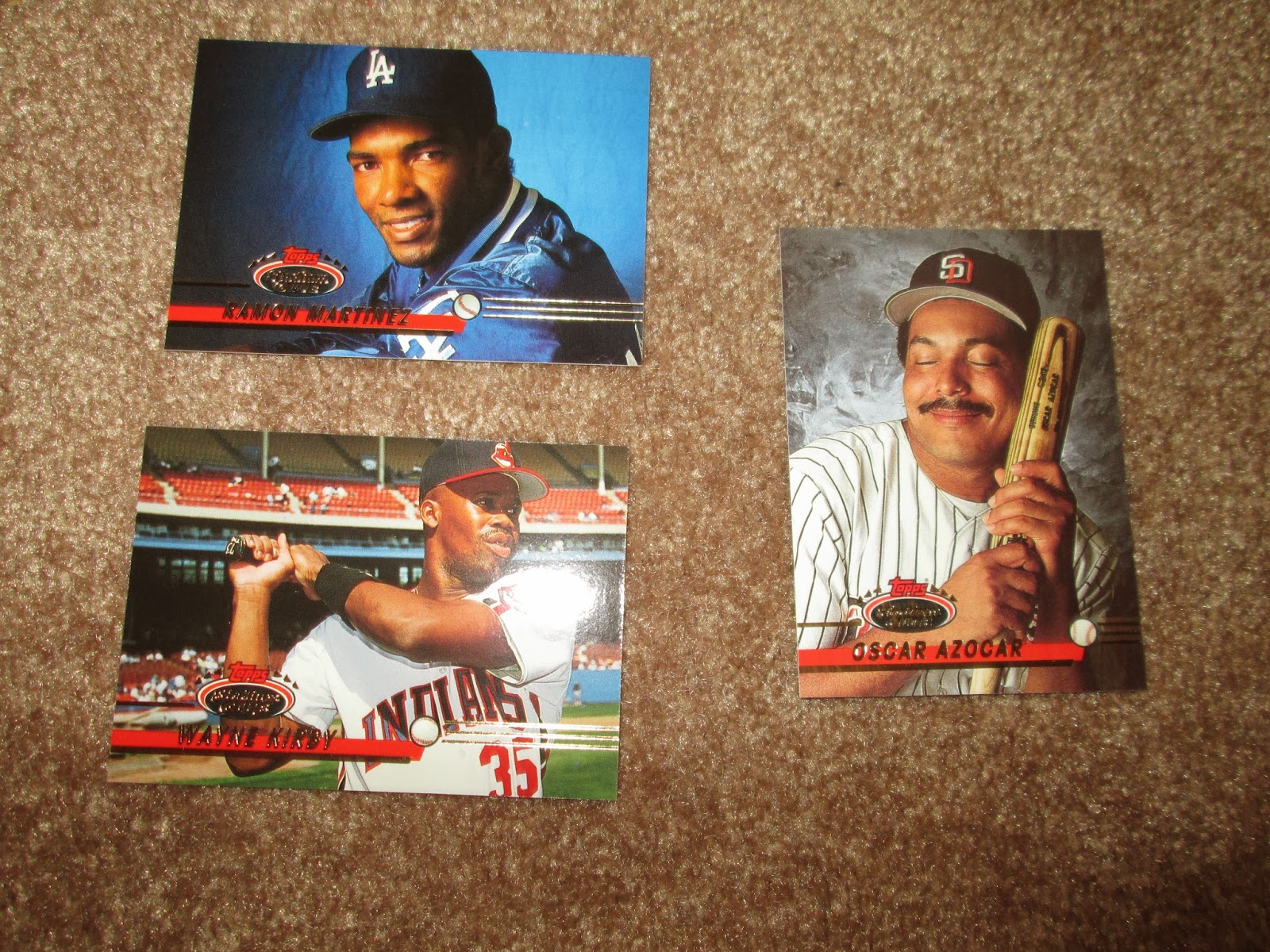 Three great set-up shots, that include Pedro's brother Ramon Martinez on a nice background, Wayne Kirby behind the backdrop of Progressive Field (I think), and Oscar Azocar, famous for...this card, hugging his bat. 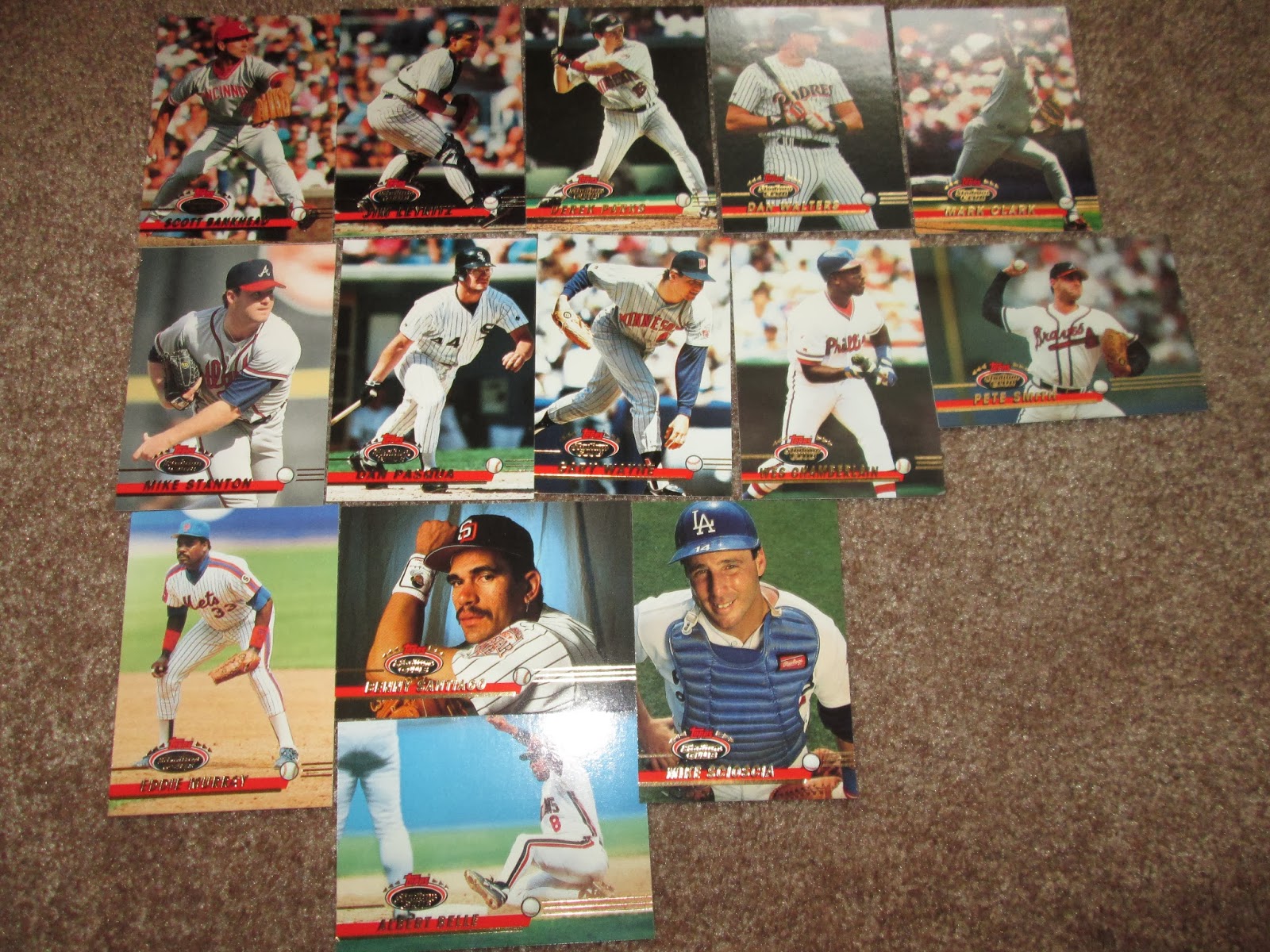 Two of the aforementioned catchers. Benito Santiago looks awesome in this one. Maybe it's the mustache. Also, Mike Scioscia, whose tragic illness made us smile, poses as a member of the LA team he played for, as opposed to the one he ran into the ground managed. And Albert Belle, pre steroids, steals a base. 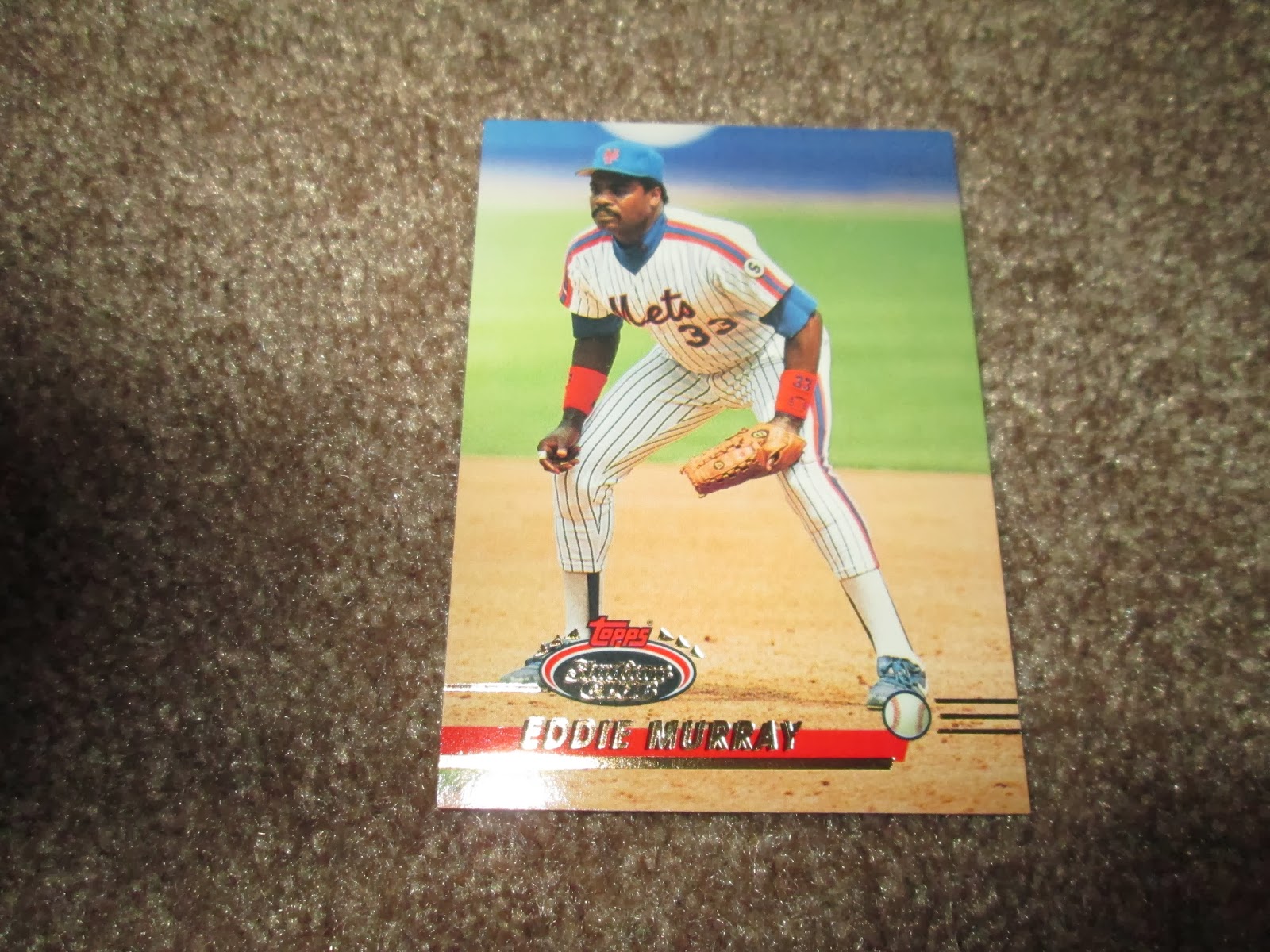 And no pack would be complete without an appearance from Eddie Murray, this time sporting a Mets uniform. 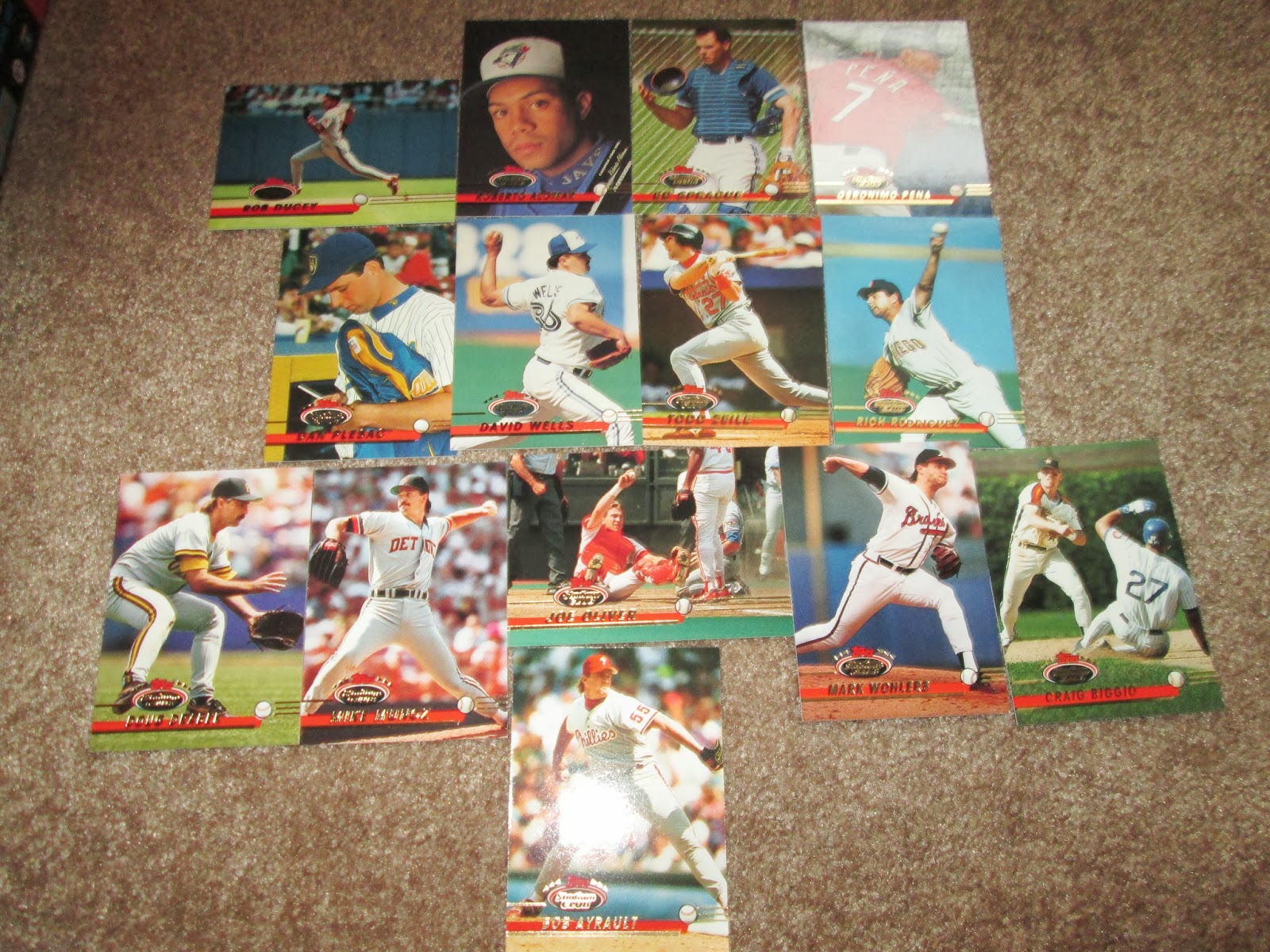 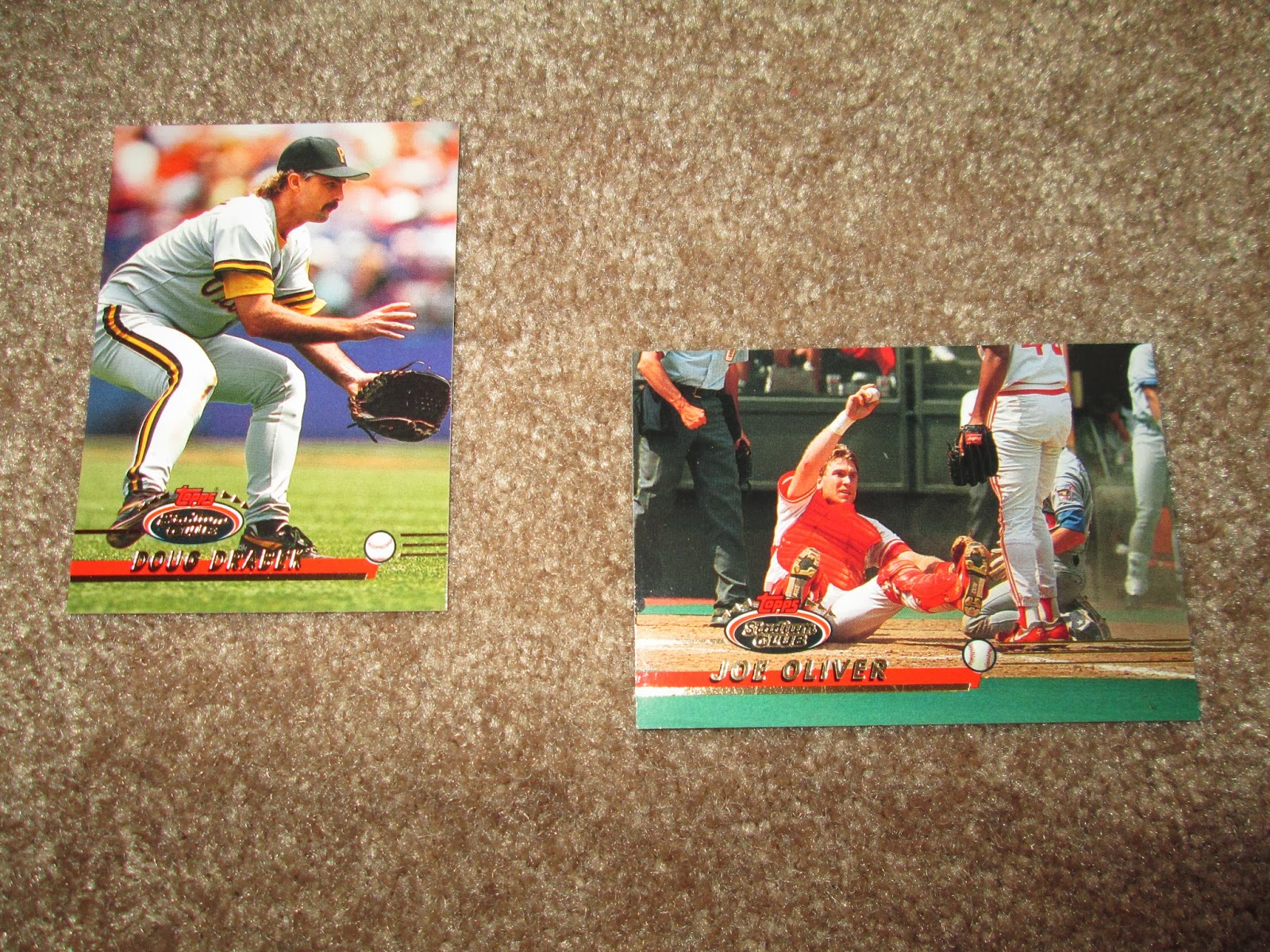 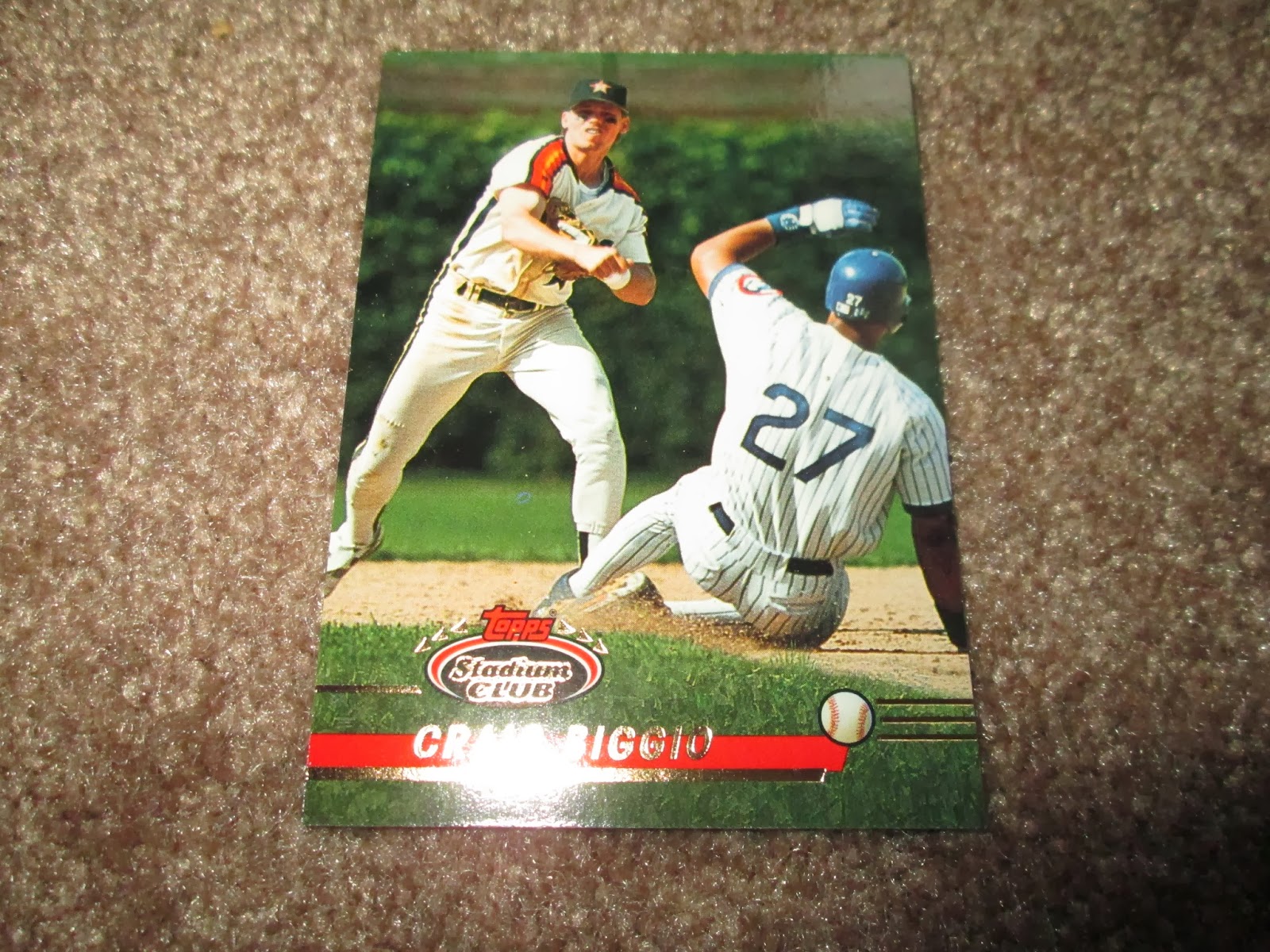 And our nice star card is of Craig Biggio, who will probably end up in the Hall of Fame, after everybody who's evidently more qualified gets in. 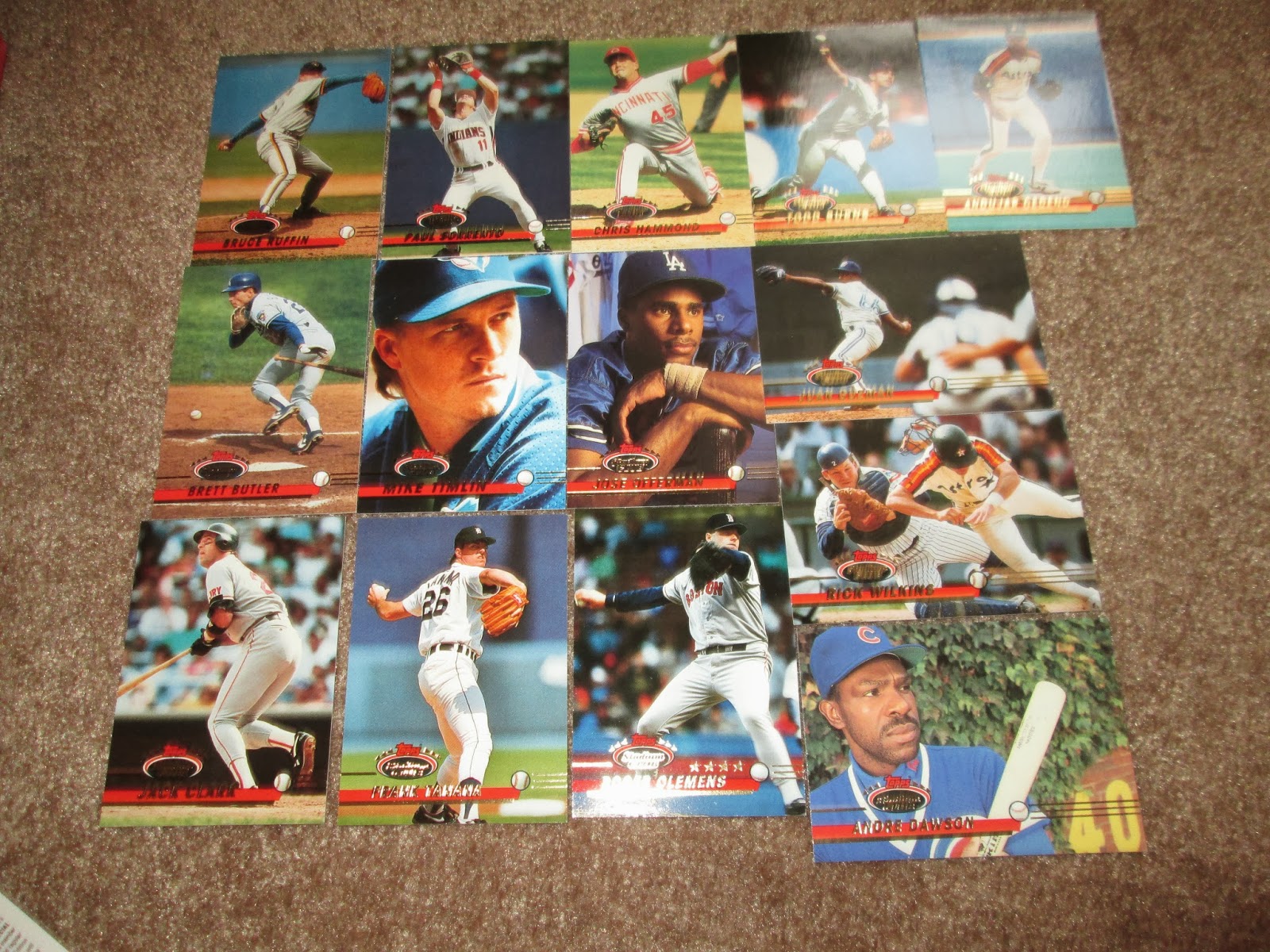 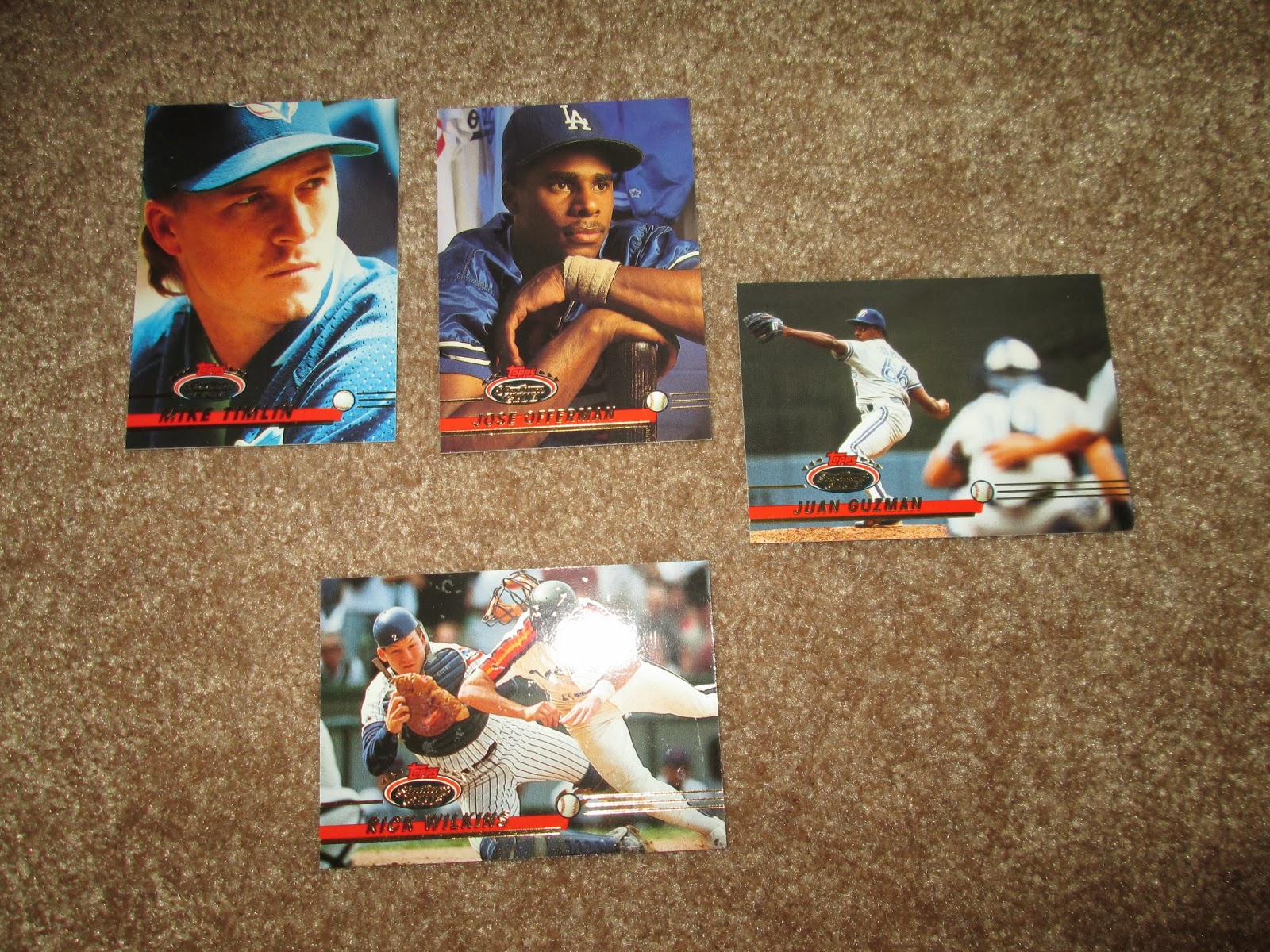 Jose Offerman, Mike Timlin, Juan Guzman and Rich Wilkins give four pretty nice shots. I'd say the Wilkins is my favorite, as that's a great play at the plate. 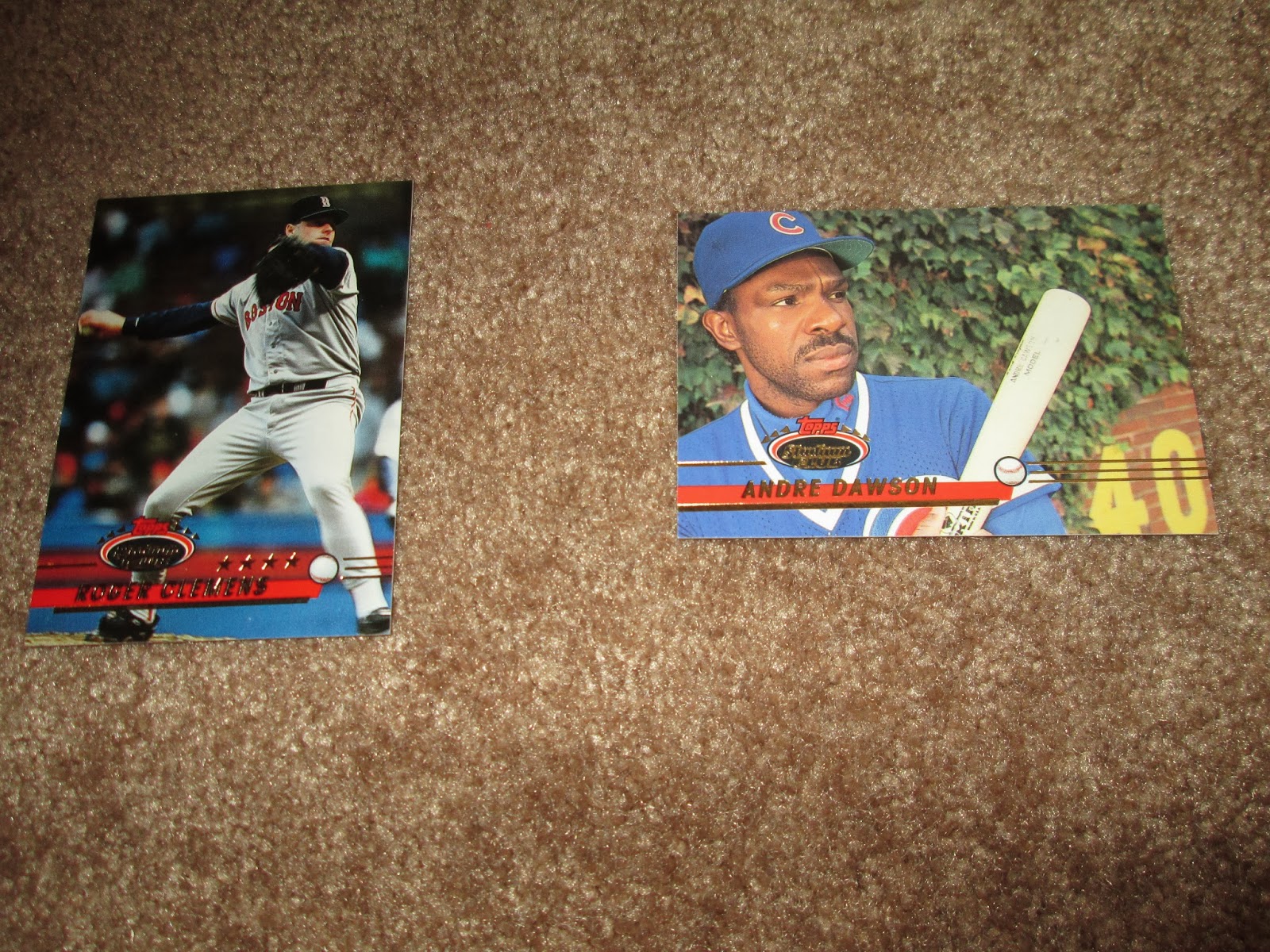 Ten years ago, if I told you that Roger Clemens would still be on the ballot for the HOF after two years, I'd get astonished gazes. If I told you Dawson got in, you'd be like 'oh, that makes sense.' 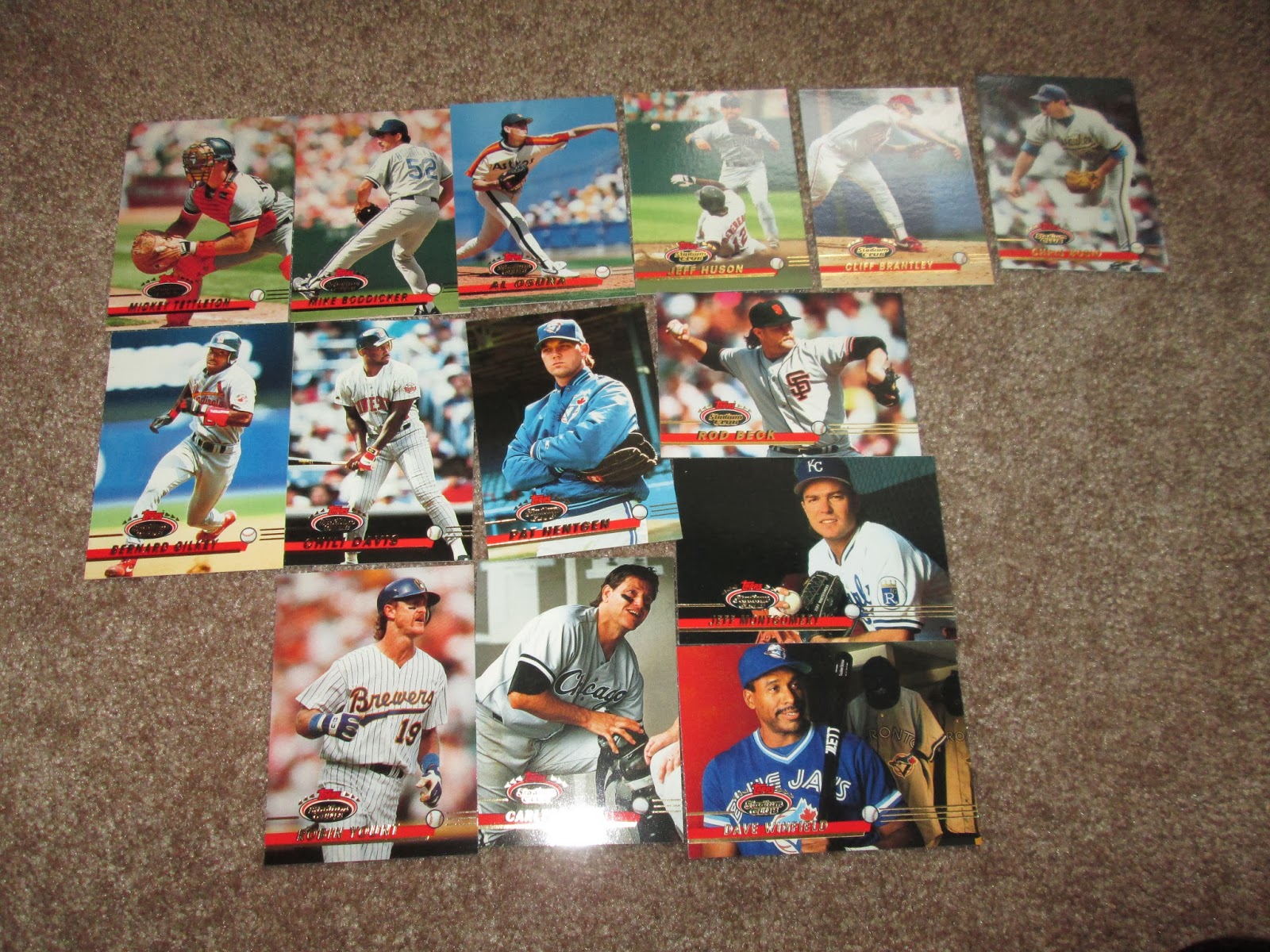 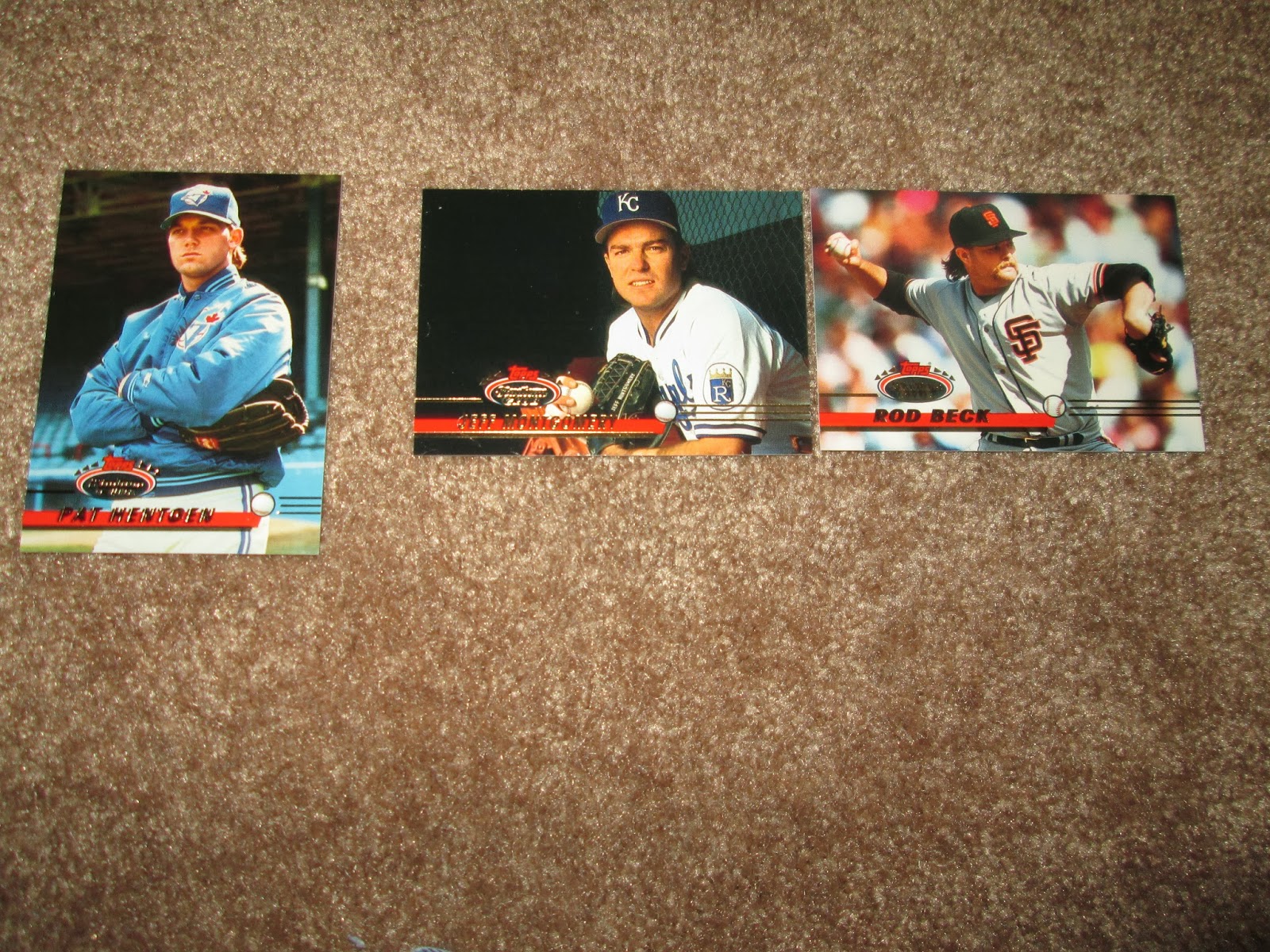 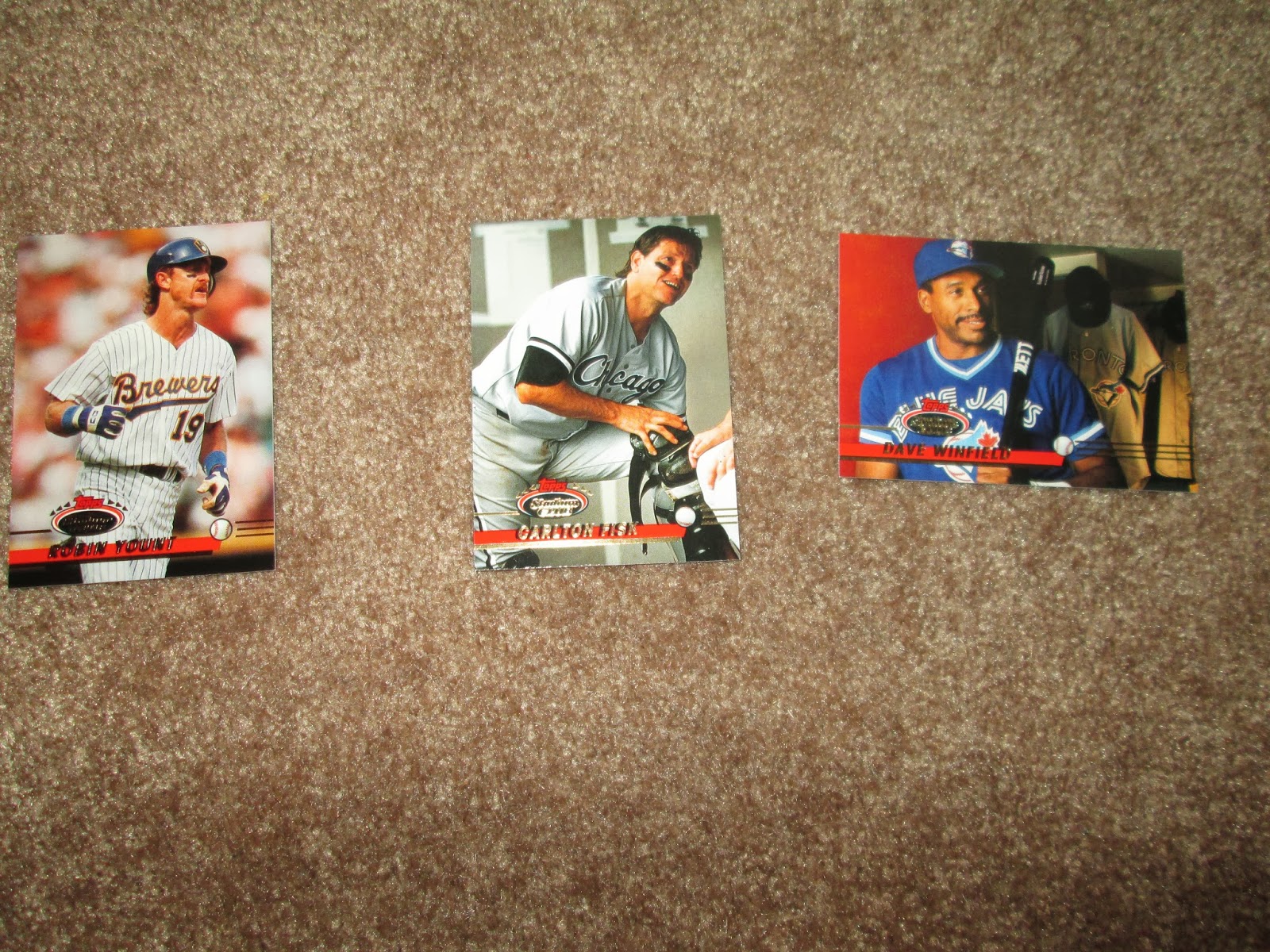 Three Hall of Famers. One of them played for my team. One of them didn't. The other...well, I'm glad he got out of Boston while he could. Seriously, all three are terrific players, and all have my respect. Though...I do have a soft spot for Winfield. 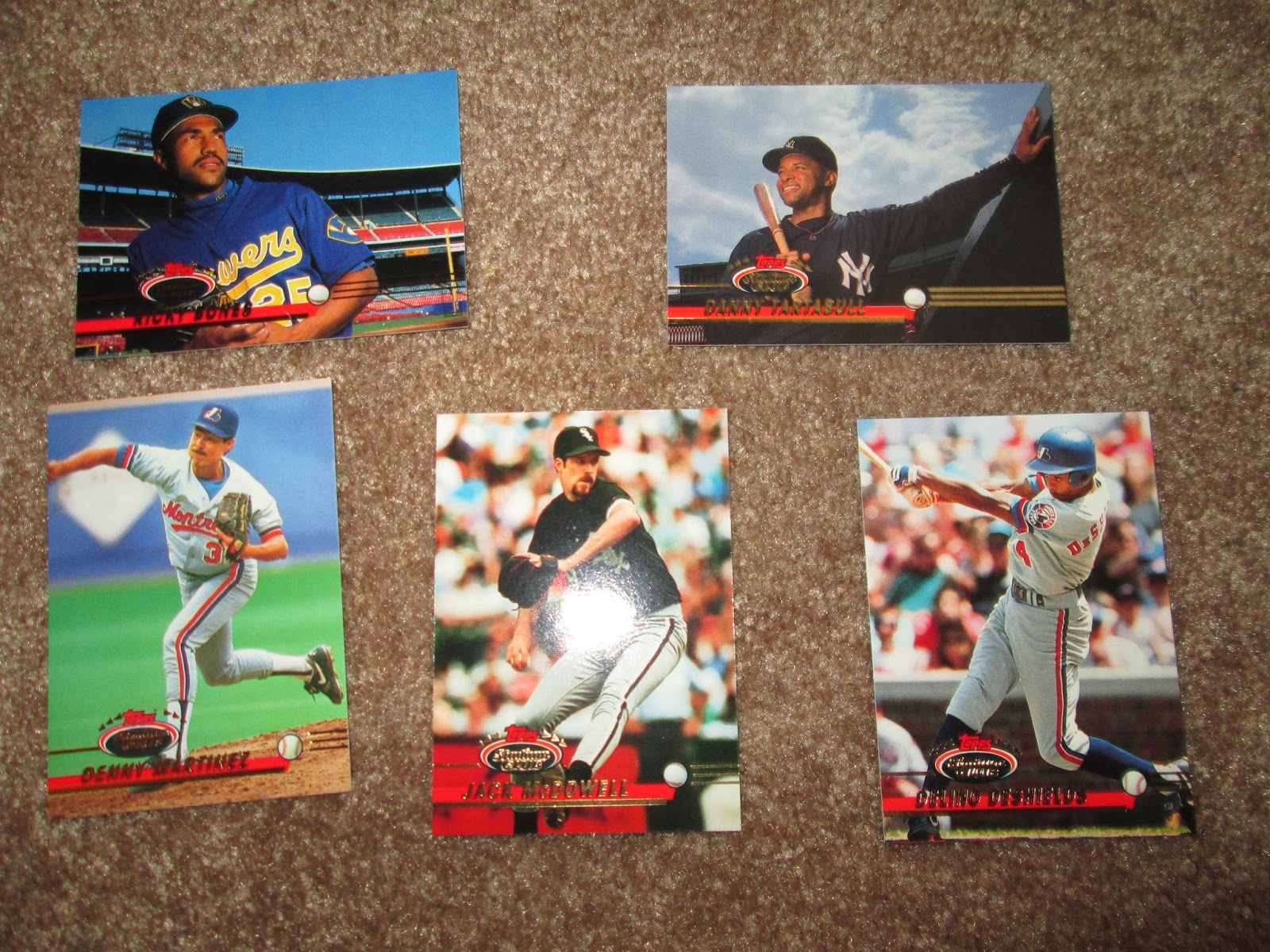 Two great photos up top. One is of Ricky Bones, who is incapable of making a bad baseball card. The other is of Danny Tartabull, who just flat out pisses me off. The bottom is lined with good players from the 90's. 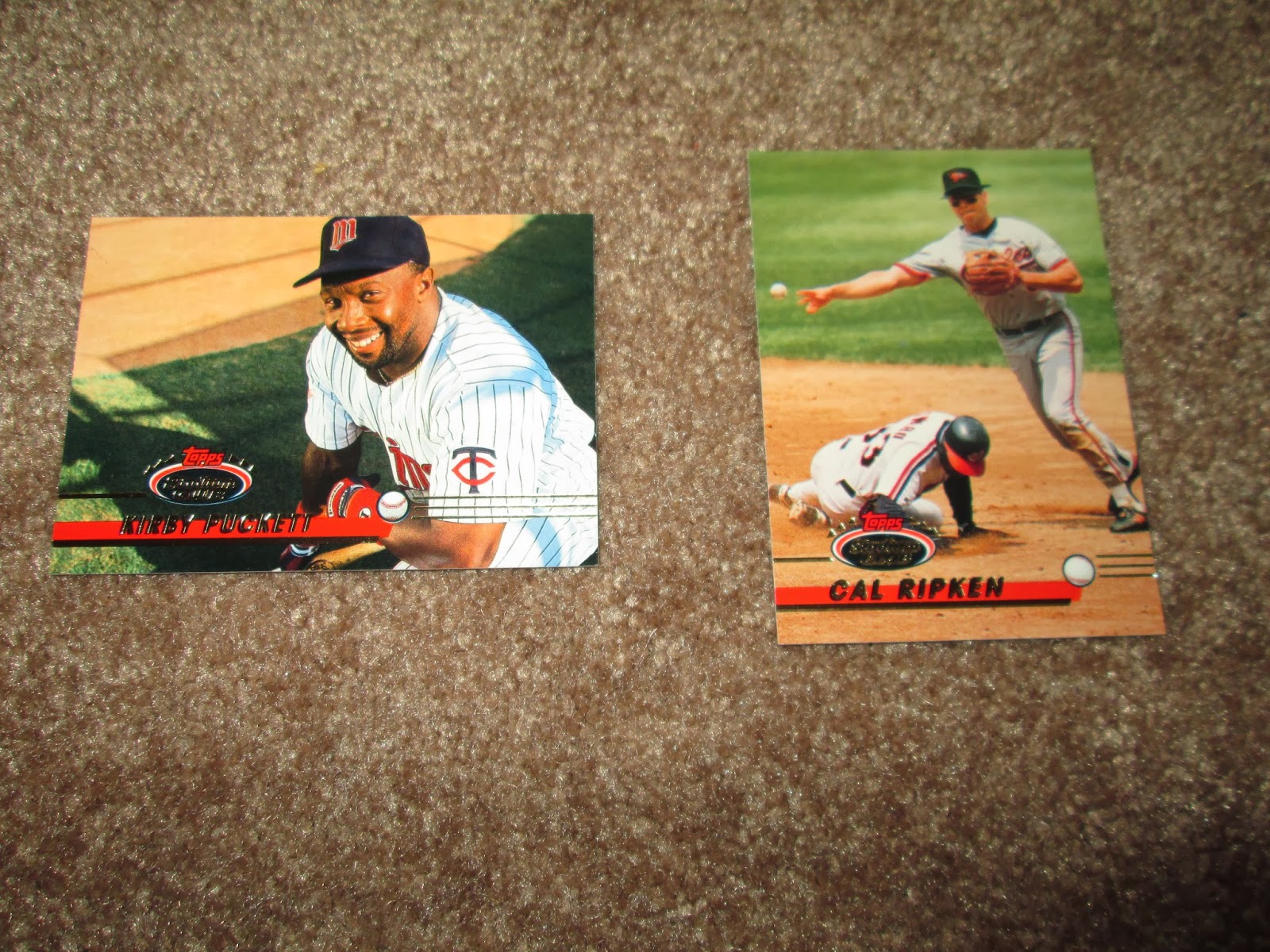 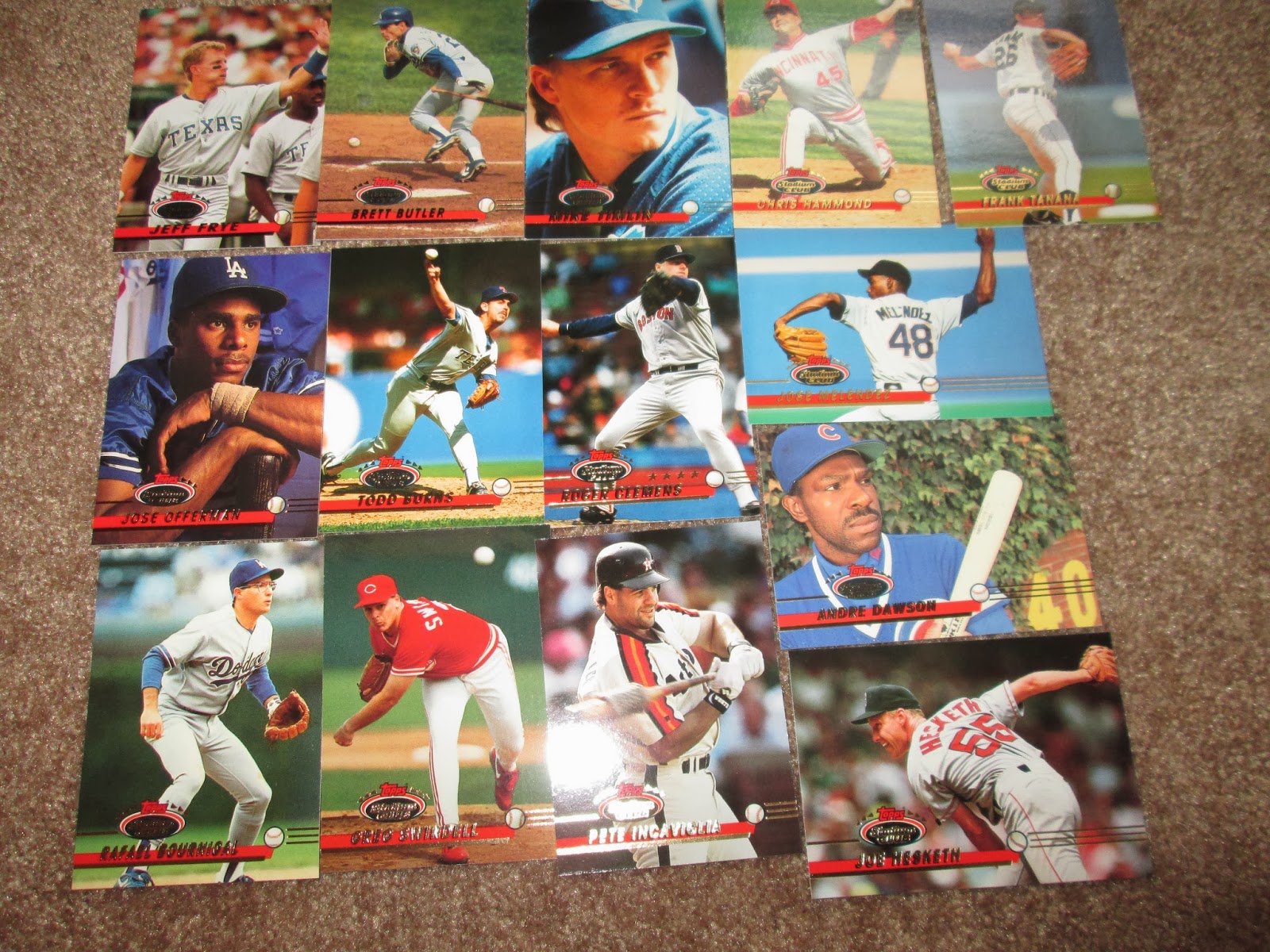 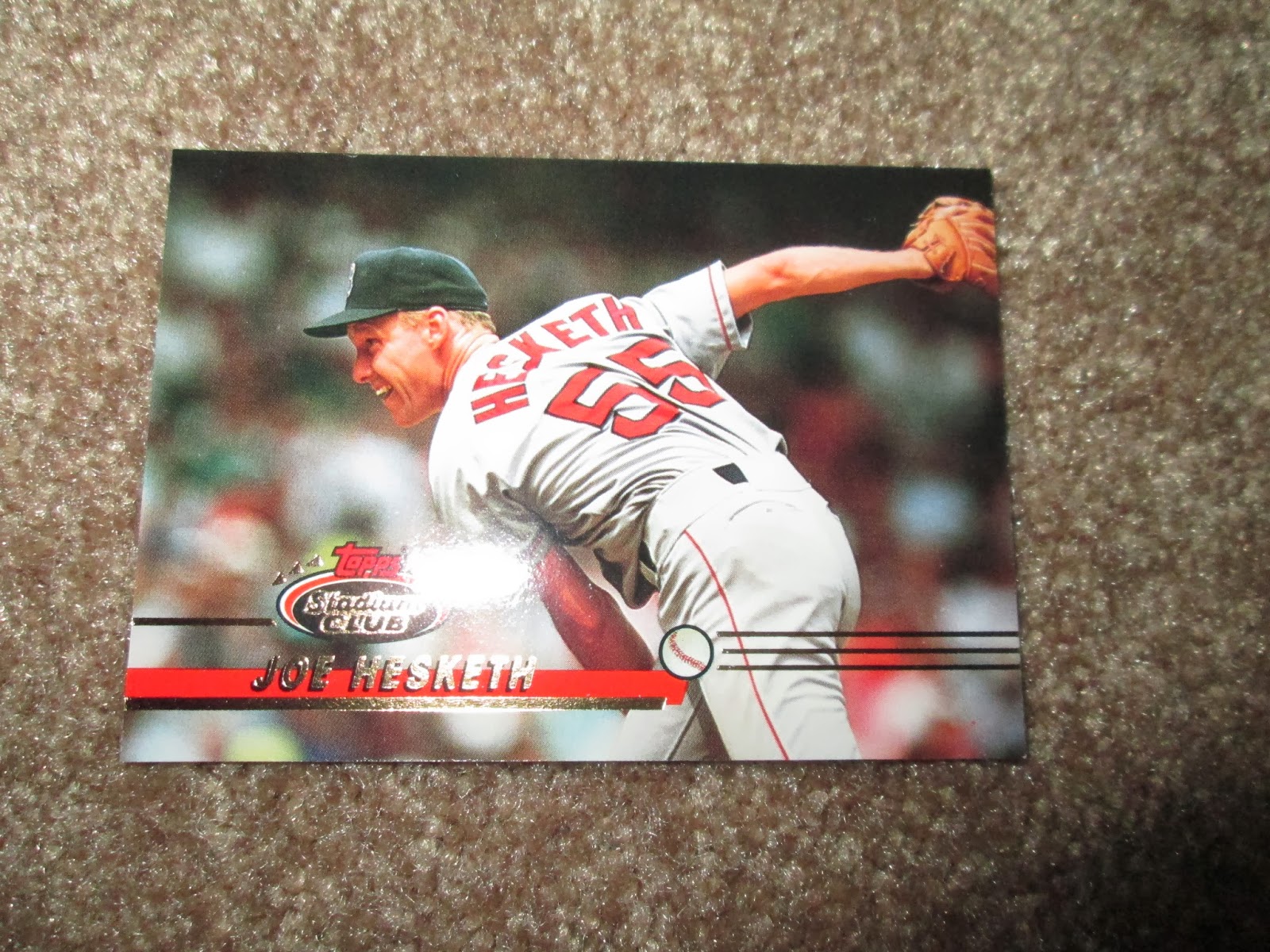 The lone highlight from this pathetic pack, a Red Sock. This Joe Hesketh is actually pretty nice.
That's enough for today. Part 2 will likely be up tomorrow.
﻿
Posted by Jordan at 5:36 PM