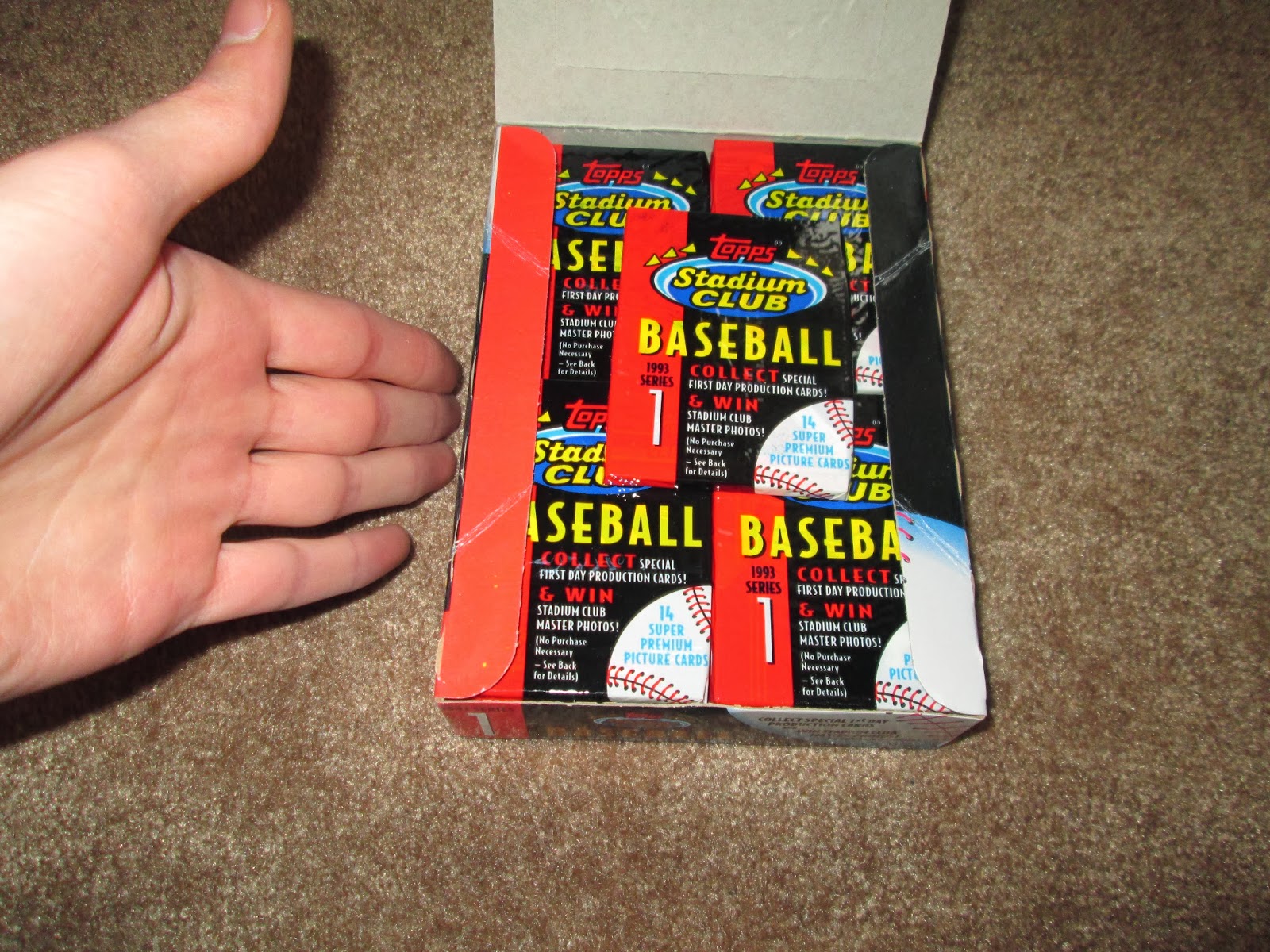 Today we wrap 93 Series One, and I'll say that I enjoyed this break. I enjoyed this set, too, and I feel like it was the last of the golden age of Stadium Club, before the little detour into risks and outlandish designs from 94 to 97. I may end up trying to track down a box of Series 2 one of these days, but maybe not for a little while.

Onto the last eight packs. 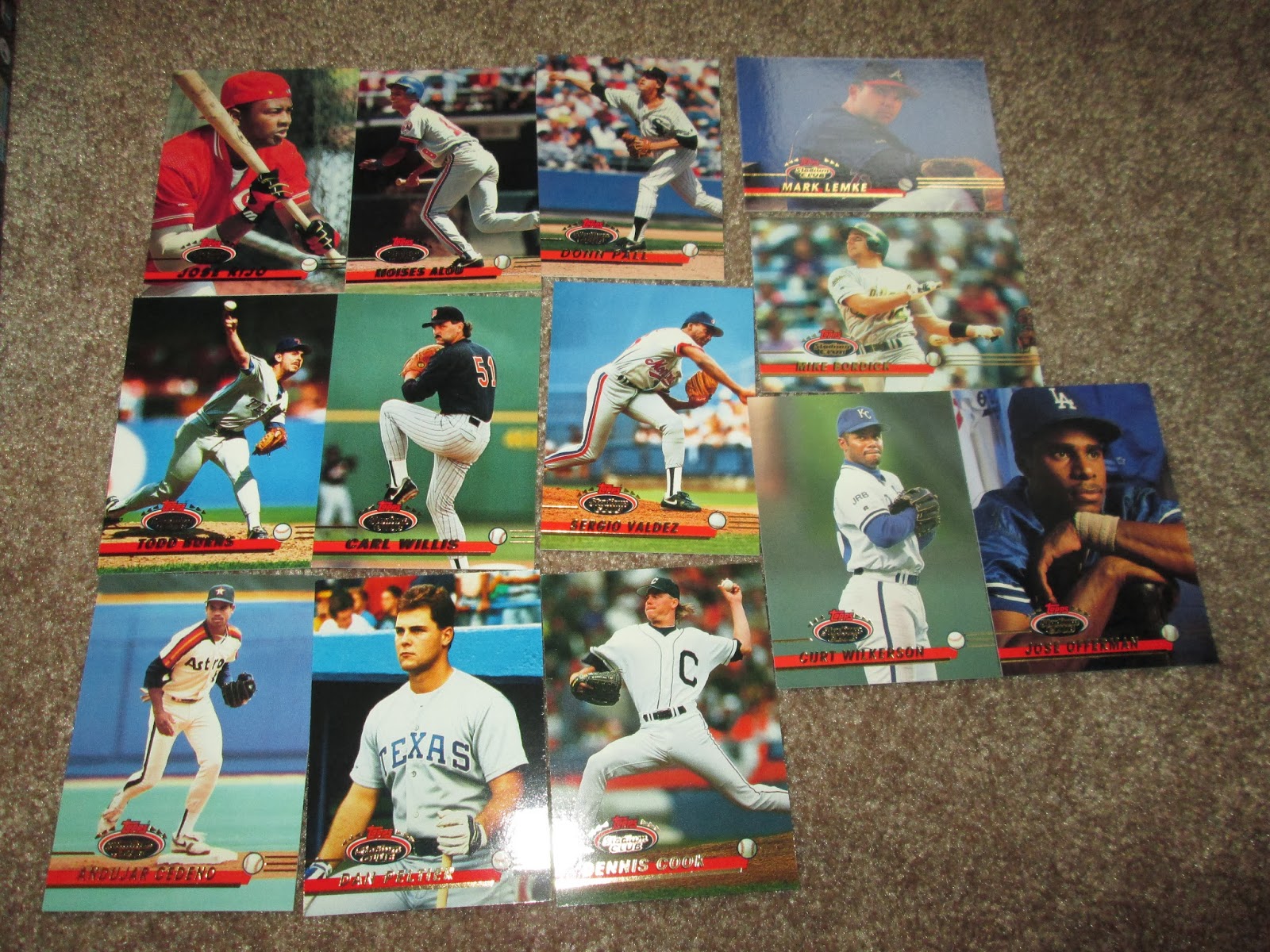 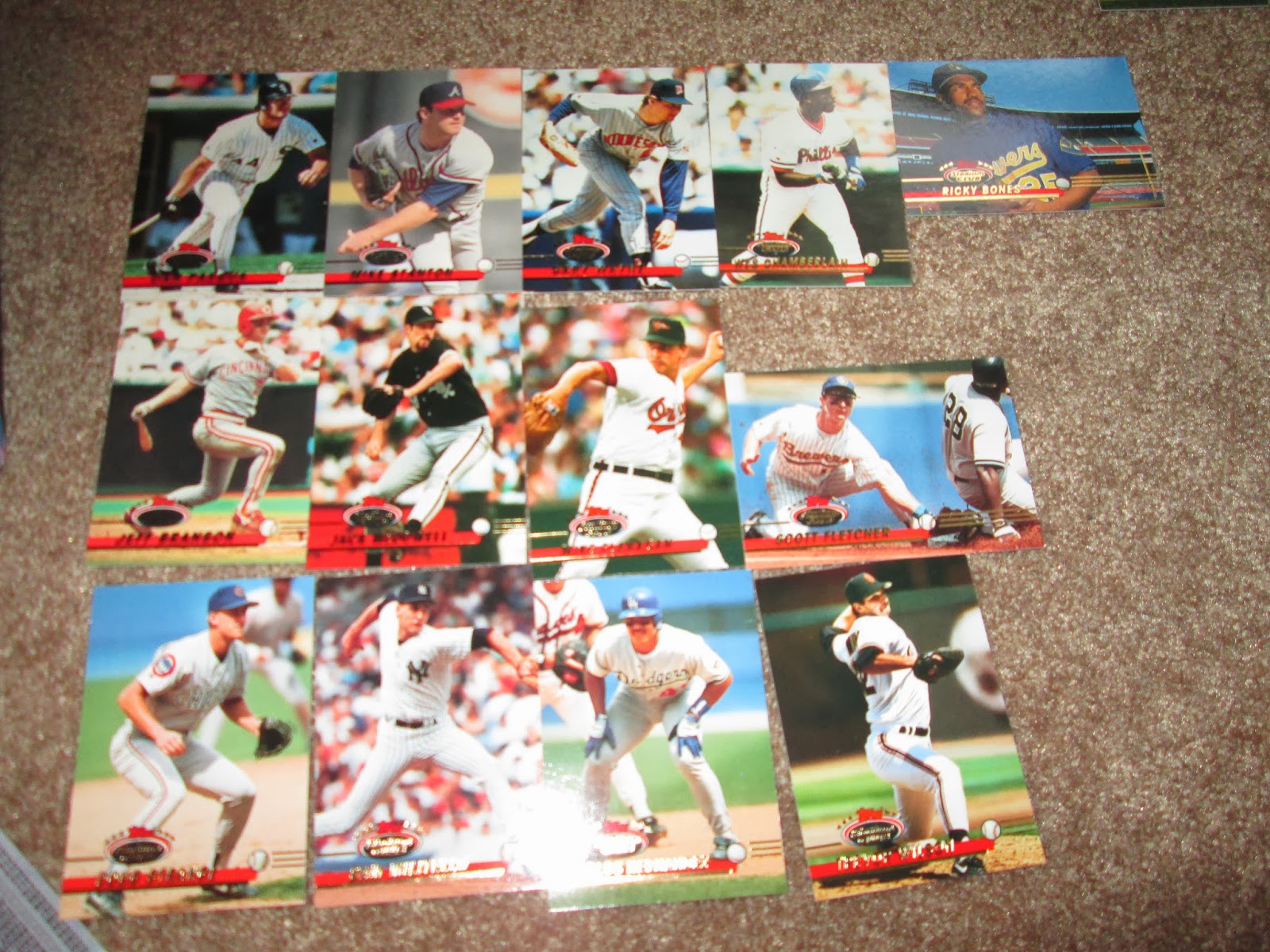 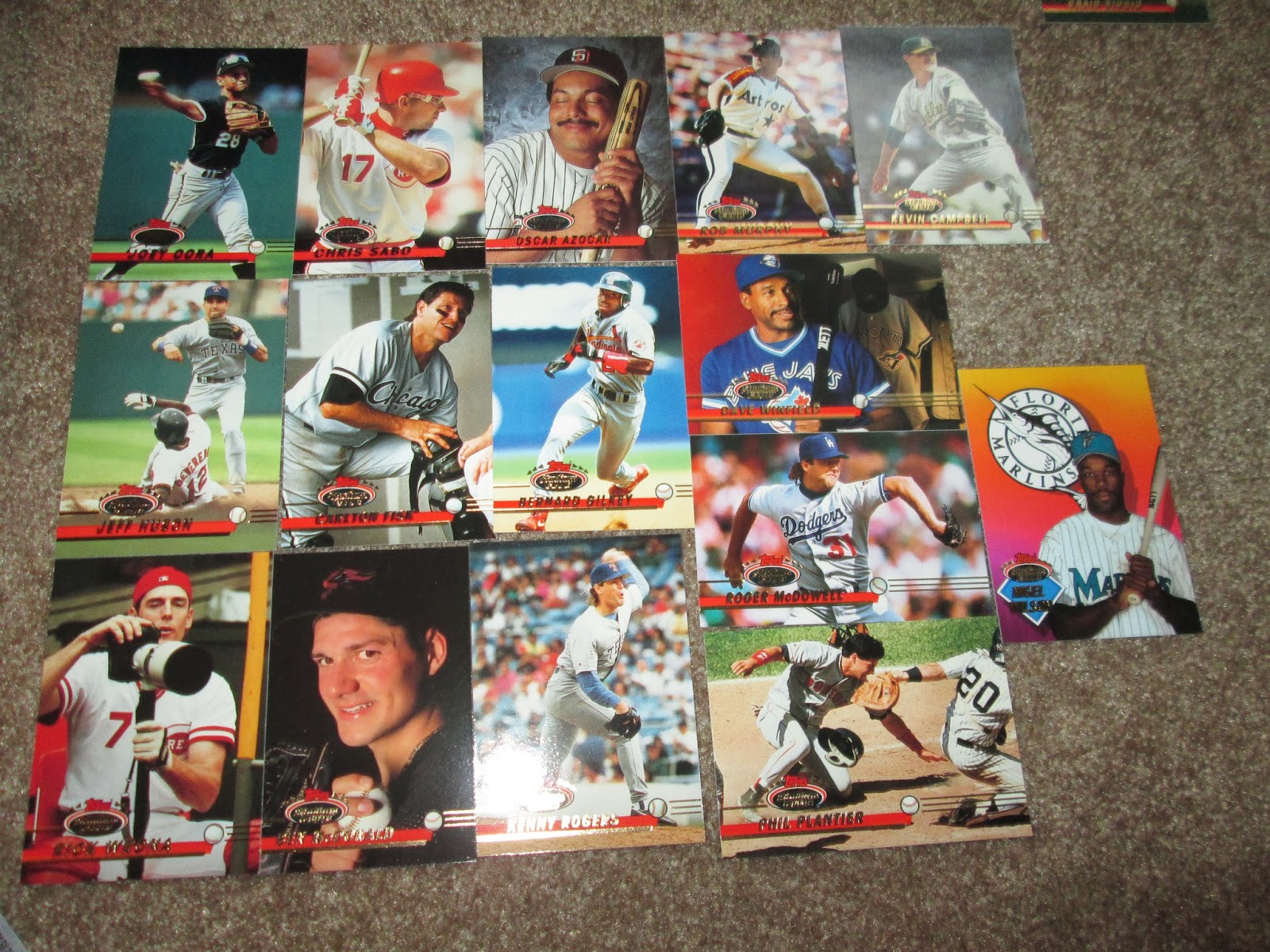 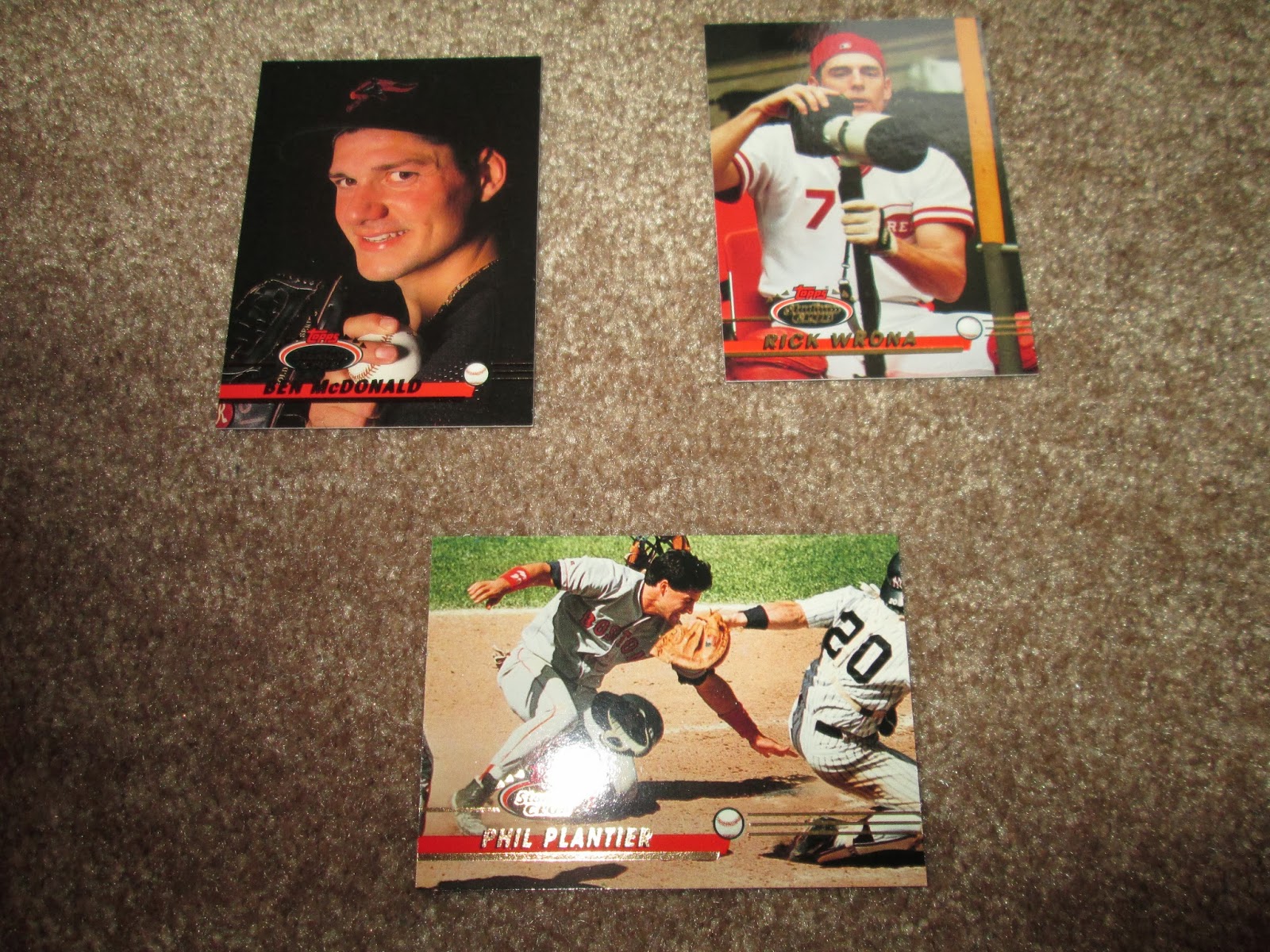 Photo highlights. The darkness really suits Ben McDonald here, as the lights would go out on his career a short time later.
Rick Wrona's card is pretty cool. A shame I've never heard of him.
A very nice field shot on Phil Plantier's card. 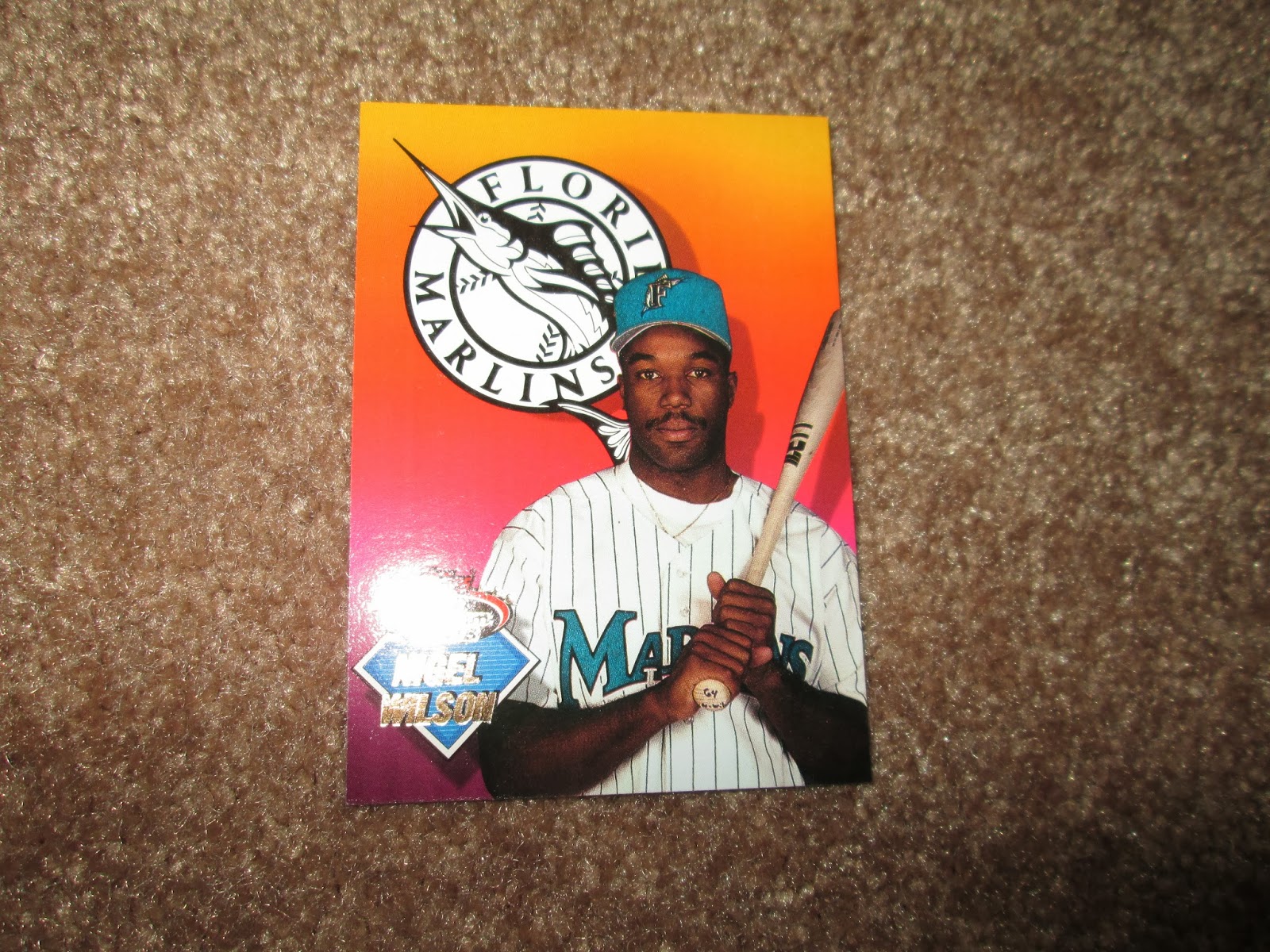 Hey, guess what kids? Back in 1993 the Marlins were called the Florida Marlins, wore all teal, and were a new team. This was the one Marlin I got in the whole box, and while I wish it were somebody cool like Trevor Hoffman, I got Nigel Wilson, their first round expansion draft pick, whose post-this achievements are nonexistent. But that gradient. 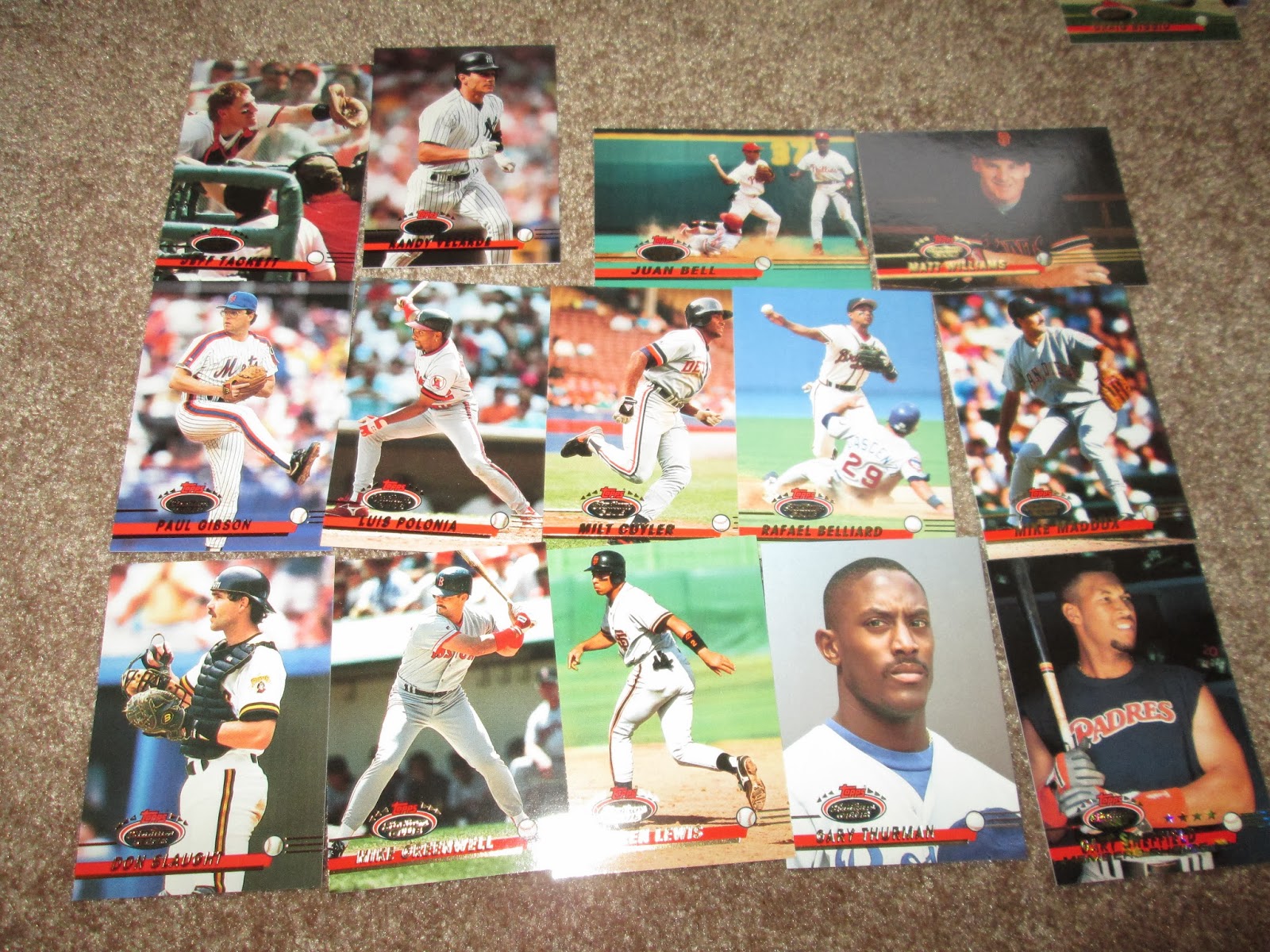 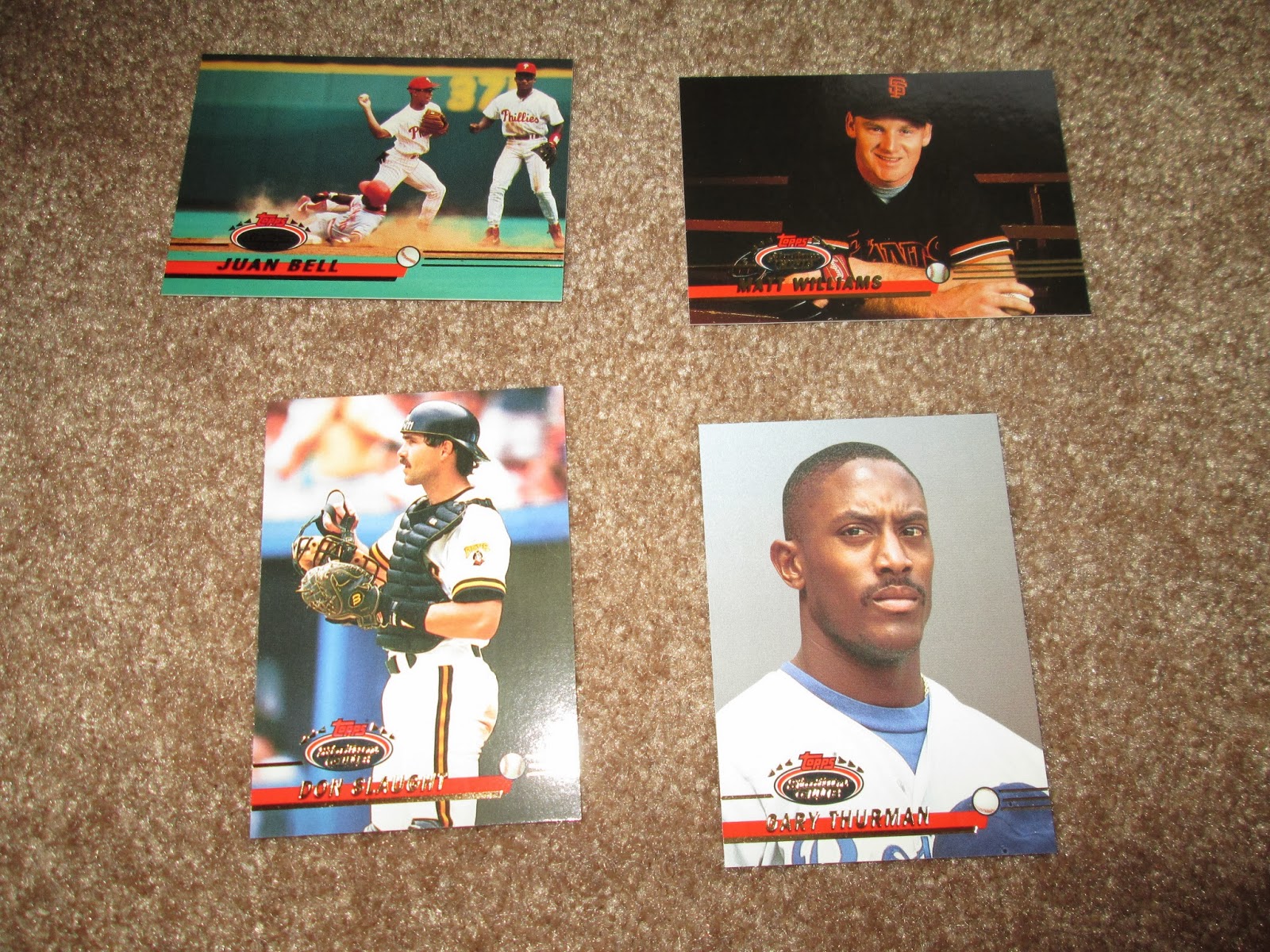 Juan Bell's card has a nice infield shot. Matt Williams is a season away from embarking on a strike-shortened hitting streak, and he looks pretty damn pleased about it. Don Slaught has a nice catcher's gear shot. Gary Thurman does not want to be here. 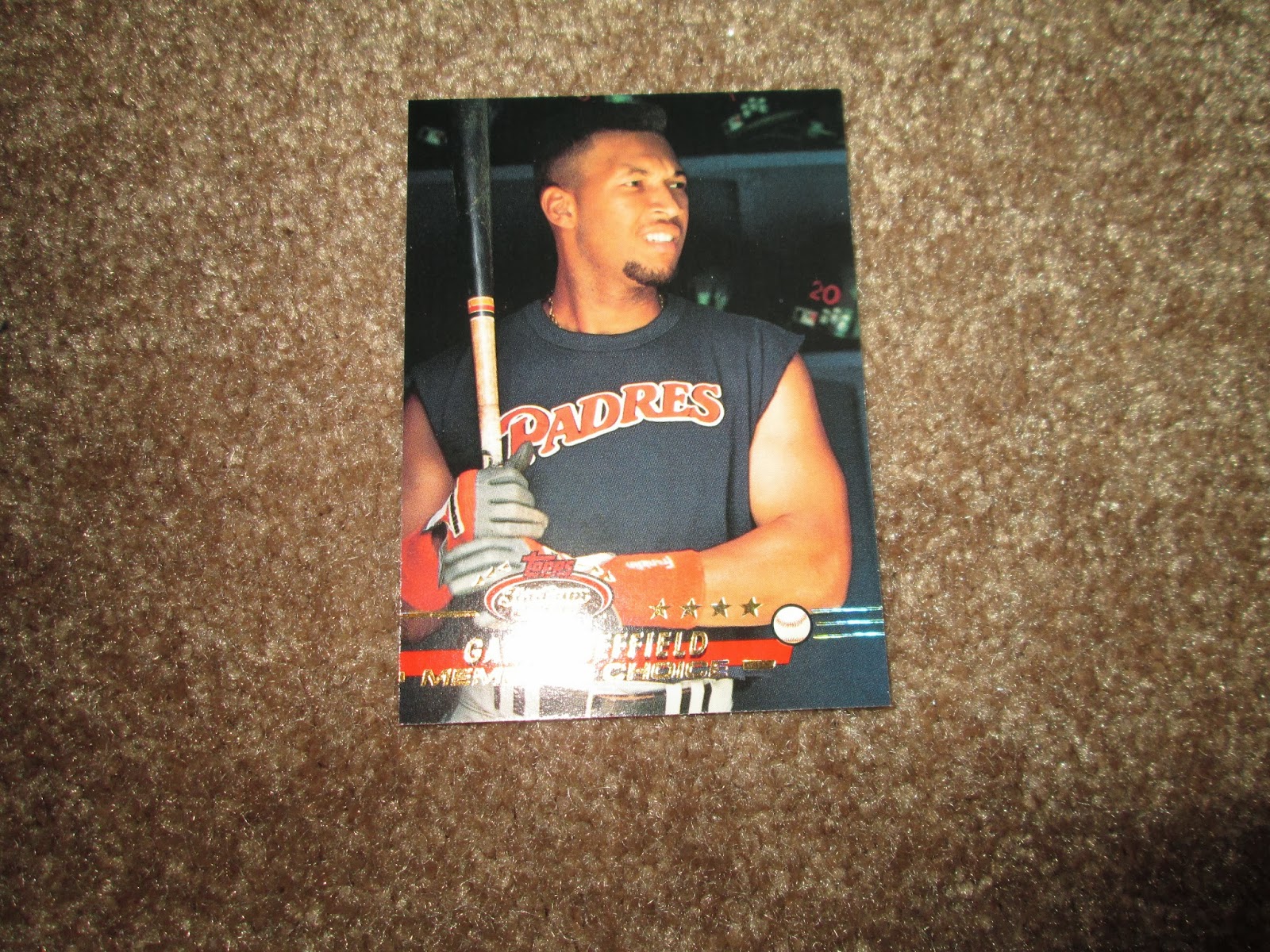 Meanwhile, Sheff is flexing on this Members Choice card. In a span of months he would be decked out in teal for the Marlins. But at least he could let his guns out in Florida too. 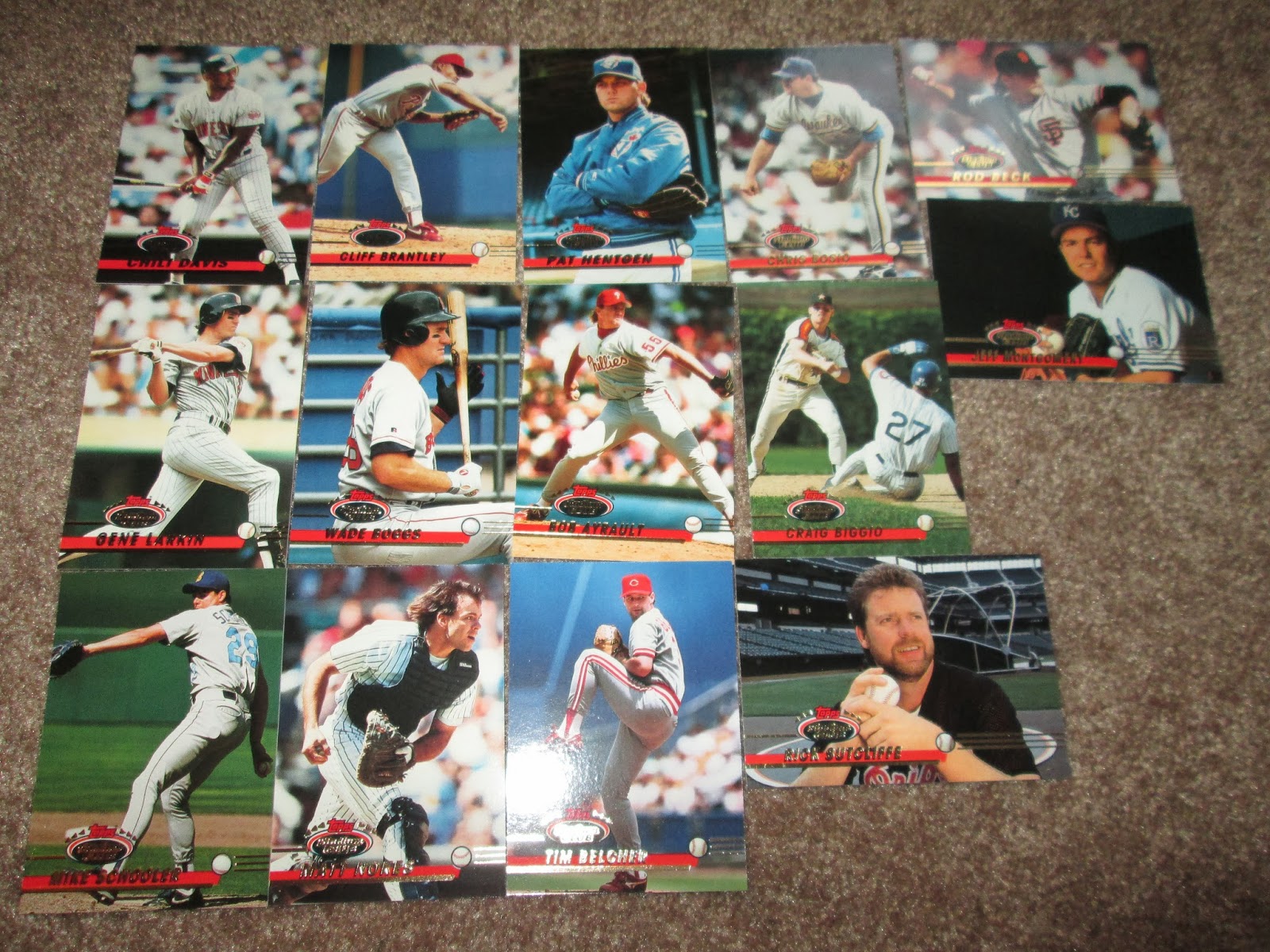 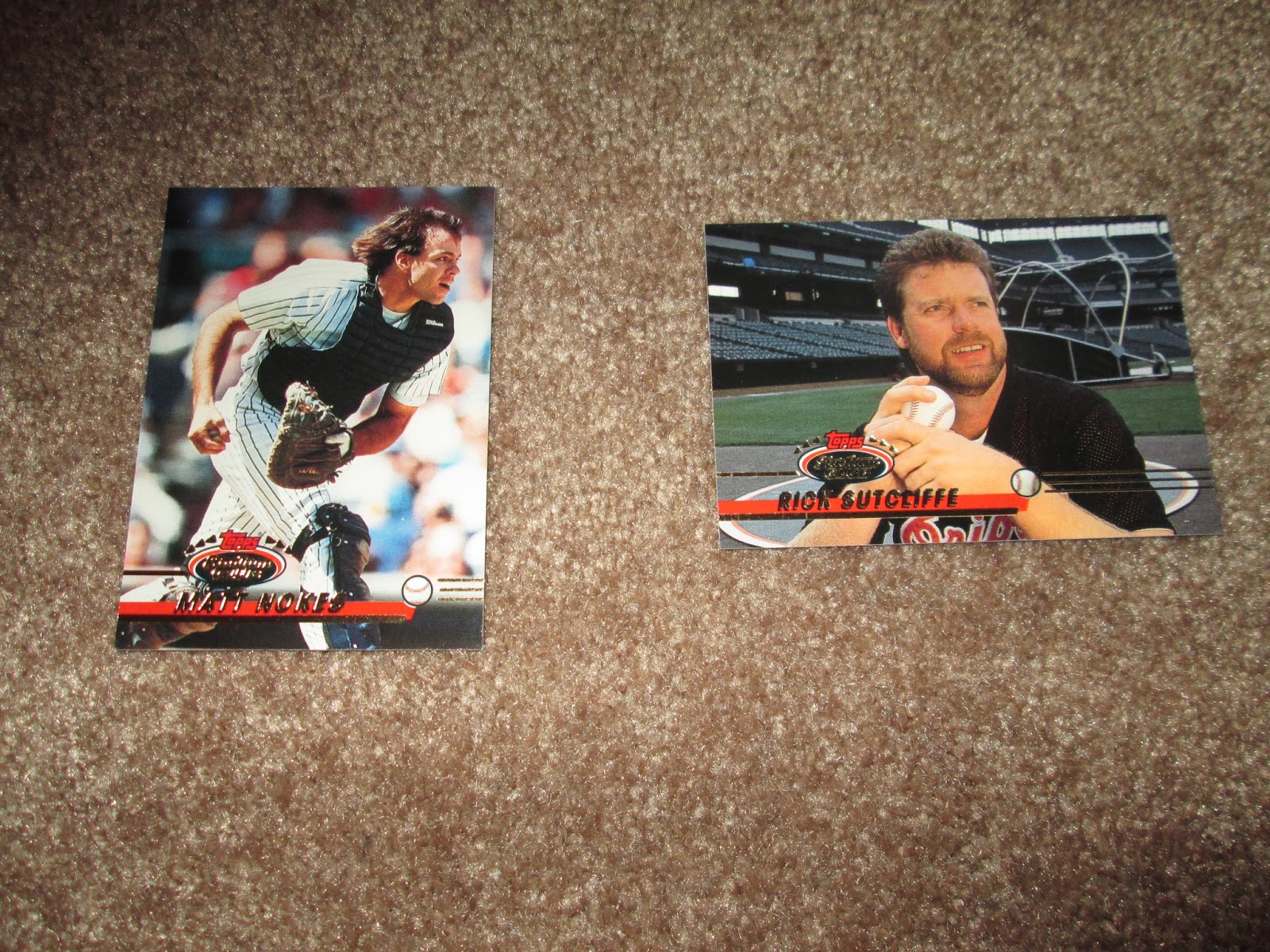 Jeez, Matt Nokes was still a Yankee in 1993? Wow. Ya learn something new everyday.
Meanwhile, Rick Sutcliffe has a nice shot in Camden Yards, behind the batting practice netting. 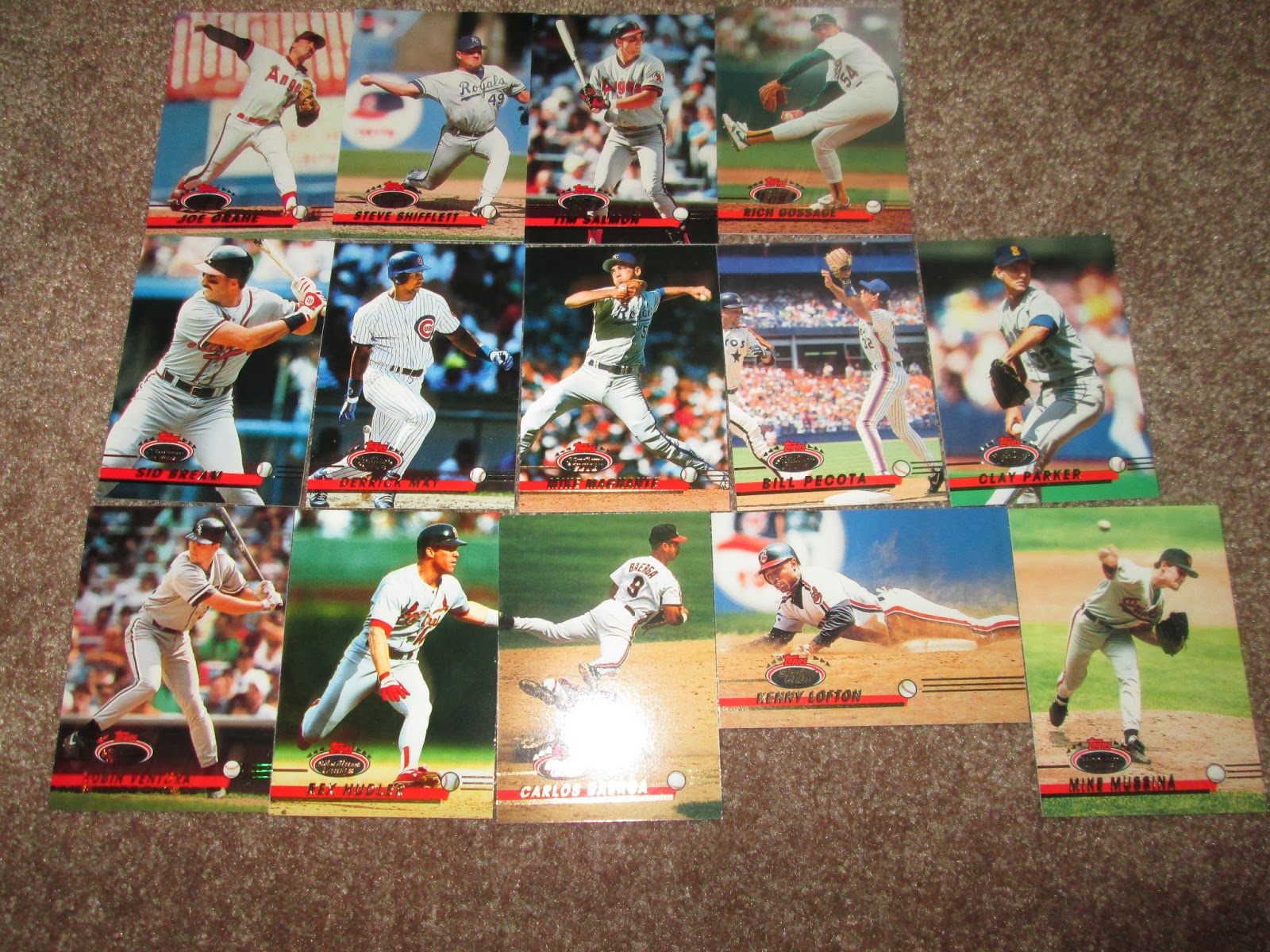 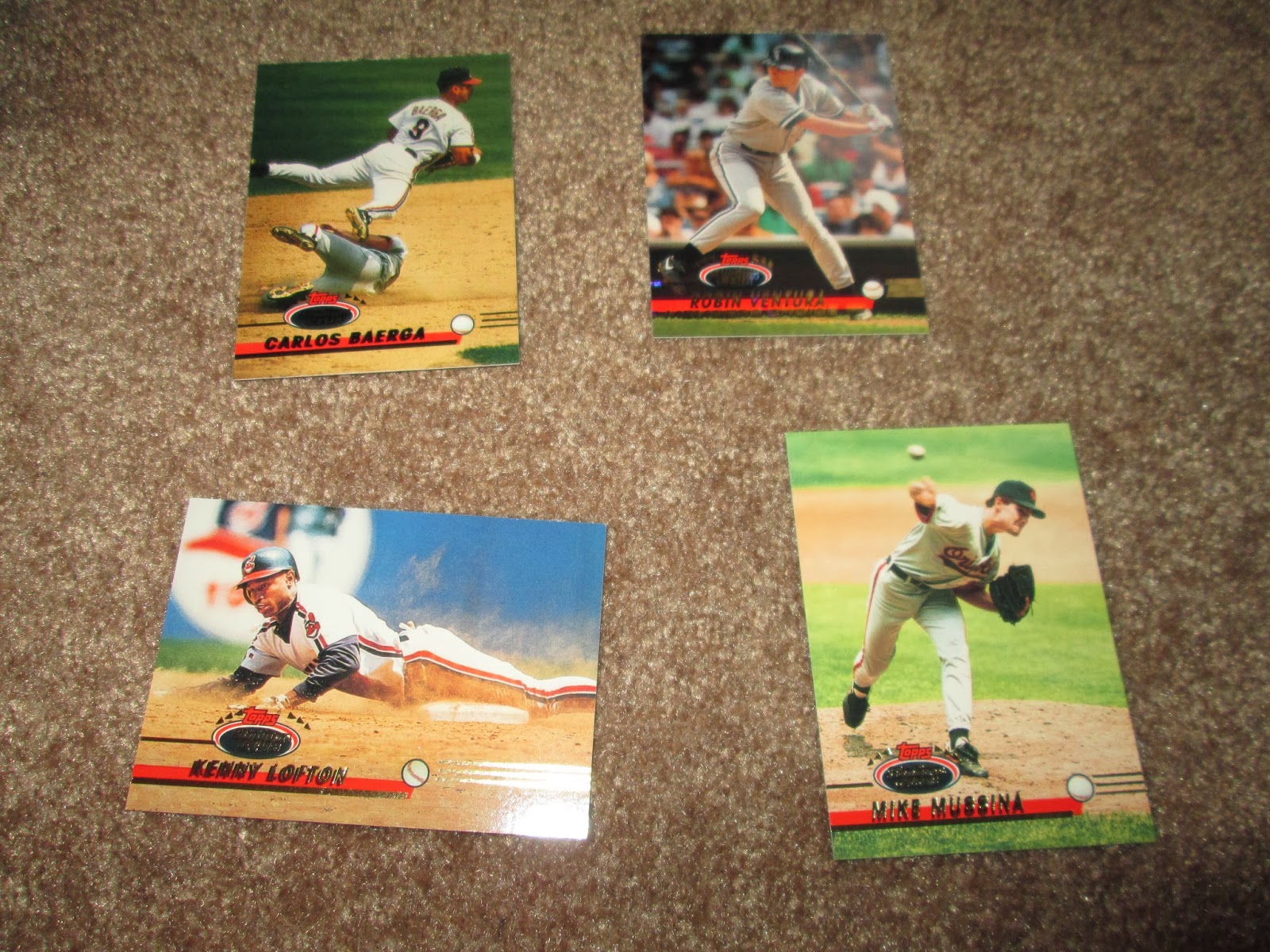 The highlights include a high-flying Carlos Baerga, a Members Choice of the current Chicago White Sox manager, a card of Kenny Lofton stealing a base, and a card of Mike Mussina pre-Yanks. 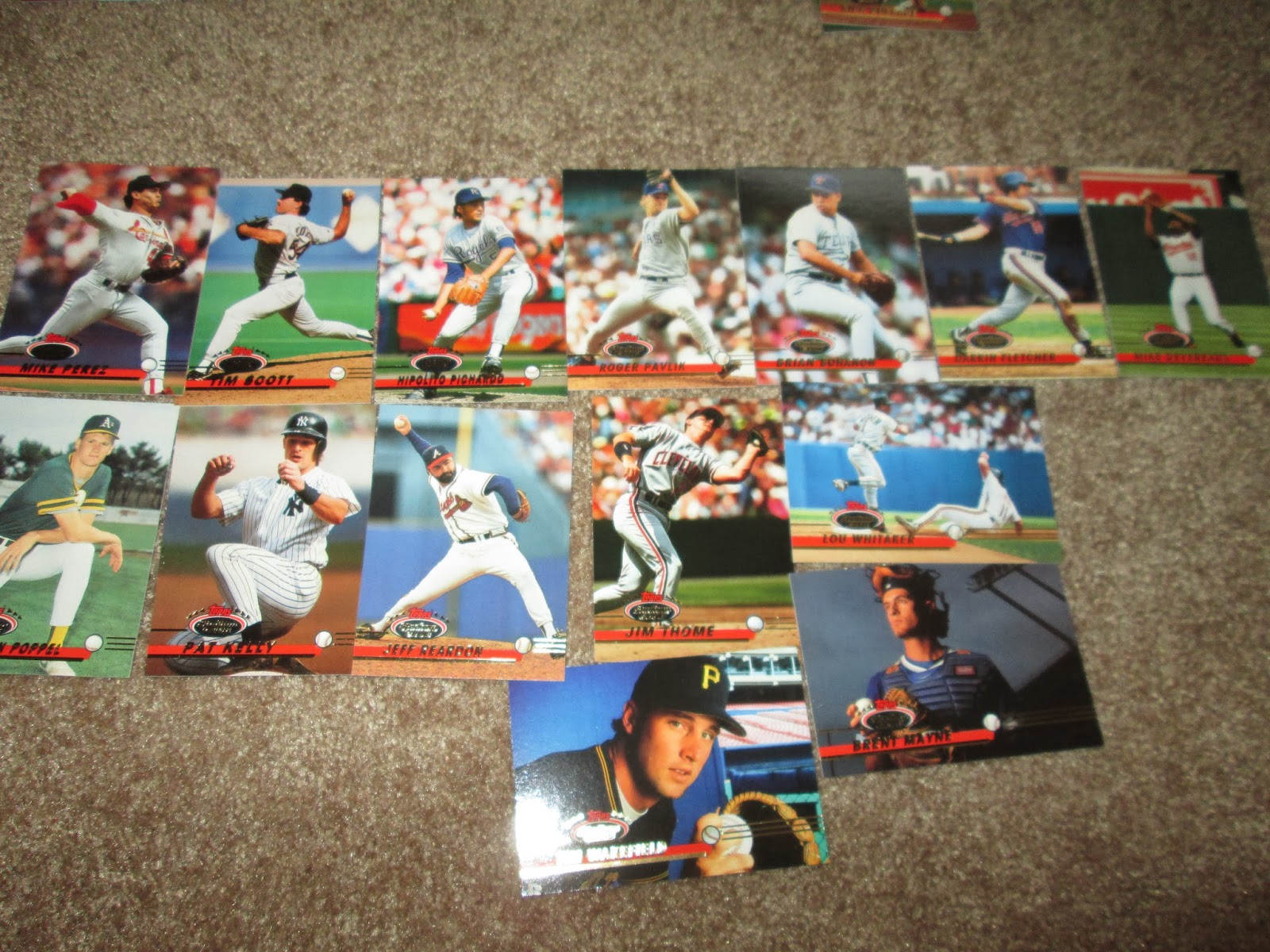 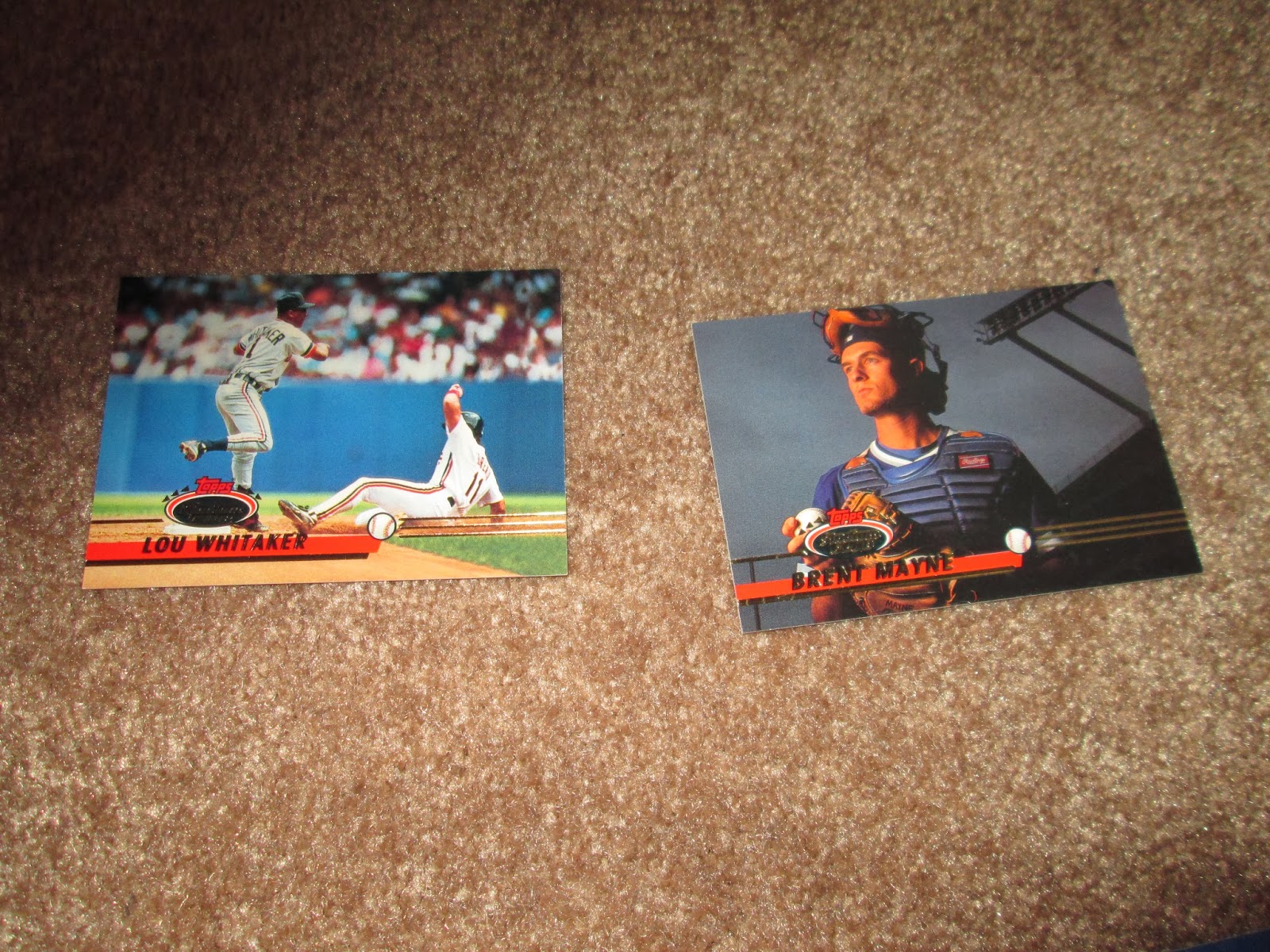 Lou Whittaker is severely underrated, and this shot is another awesome one for him. Also, Brent Mayne's shot here is very mysterious, under a darkened sky and blackened stadium lights. 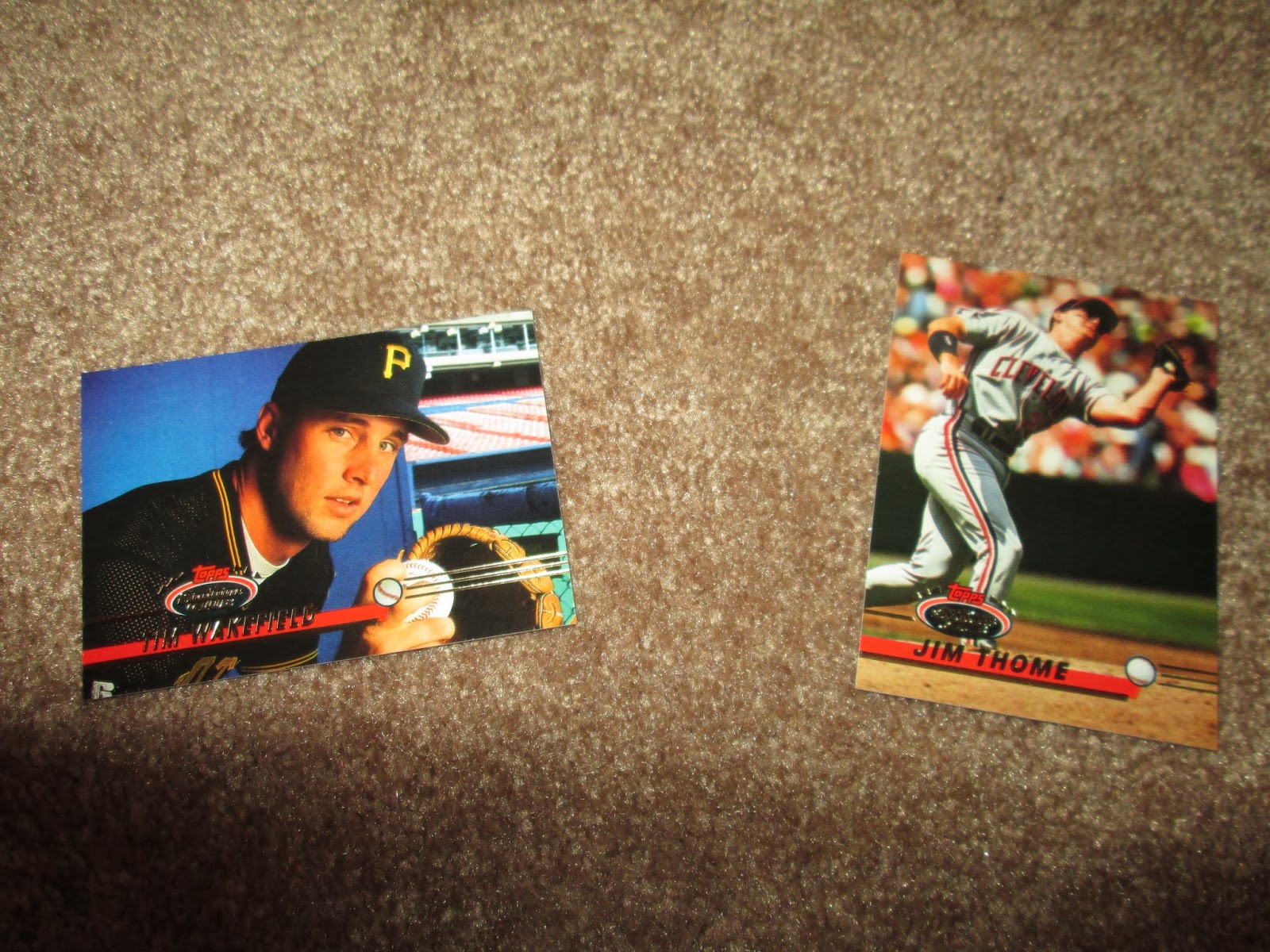 The two big cards are a Tim Wakefield rookie card and a card of Jim Thome. Both are pretty nice, especially for the penultimate pack. 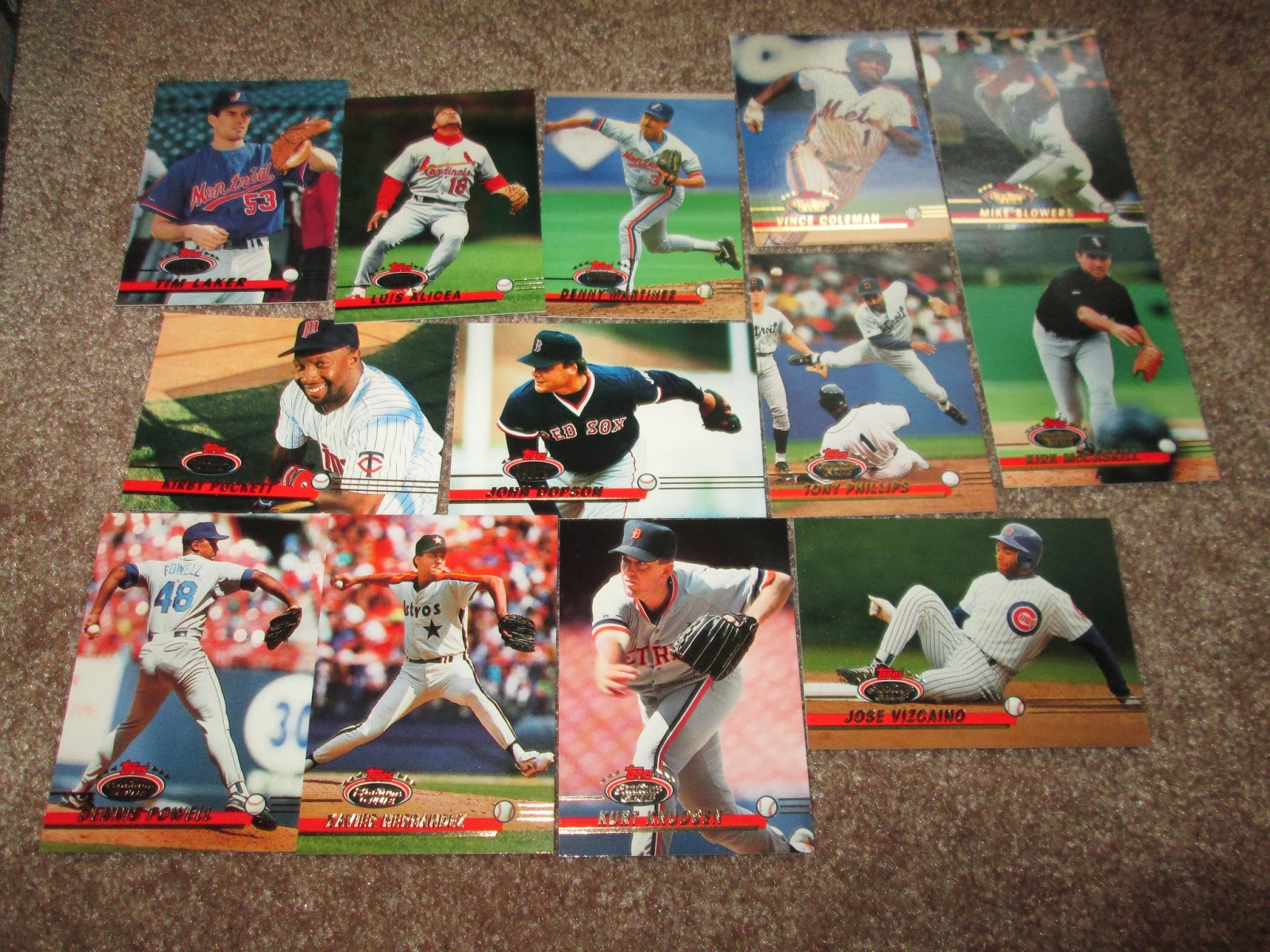 This brings my ratio of cards pulled to cards in the set to 219:300, which is about 73% of the set, which is not bad at all. The other 27% is not hard to come by, especially in a blogosphere. Want list will likely be up within the week.