So, 2013 ended a few days ago. This much is absolutely certain.

I usually compile a list of what are, in my opinion, my best customs of the year. And since I was in beautiful Austin, Texas for a few days, I couldn't post it while it was still 2013. But if you know me, you know that I really don't care about punctuality as far as blogging is concerned (trading's another story). So I'm doing them now, over the next four days. Because I can. 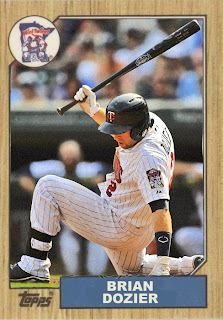 #40- Brian Dozier, Twins
We begin the list with a relatively unknown from the All Star host stadium for this year. I love this card because it looks like Dozier's using the bat as a weapon. That pose is just awesome, like worthy of a movie poster. I can only imagine that Justin Morneau is down their for leaving the team for Colorado. 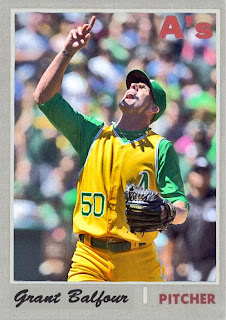 #39- Grant Balfour, Athletics
Balfour's 2014 may not be very smooth, given his unsatisfactory physical results, but his 2013 was awesome enough to warrant this throwback custom, which combines an awesome victory shot with an even awesomer throwback. I wish they wore those more often. 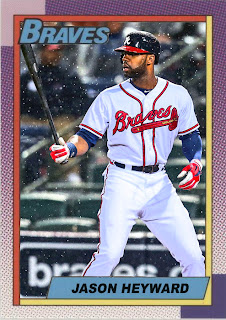 #38- Jason Heyward, Braves
How do I always end up making awesome J-Hey customs? Like, even when he's not having an awesome year. I love how the rain/snow/whatever that is factors into this shot, adding to the expression on Heyward's face. 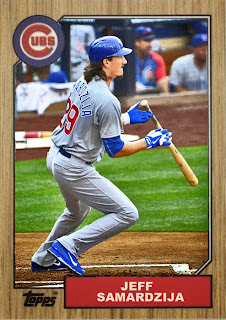 #37- Jeff Samardzija, Cubs
Not too many photographers catch shots of pitchers hitting. Luckily, one did. 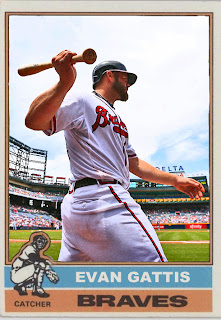 #36- Evan Gattis, Braves
Made after the June 2013 Gattis-mania, this truly embodies the spirit of the new Braves' catcher, shown through a fisheye lens and lit with the right amount of blue above him. This is only down here because there are a million fisheye shots on here. 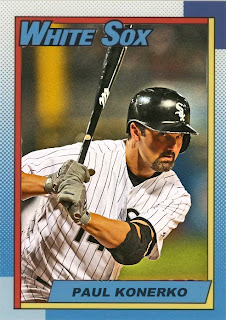 #35- Paul Konerko, White Sox
I included this on the list because there's something about the look on Konerko's face. It's like he's staring right at the cameraman, waiting for him to do something. 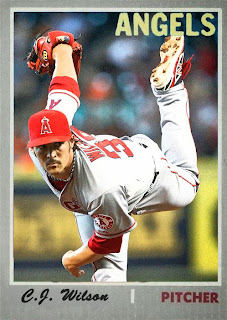 #34- C.J. Wilson, Angels
The look on Wilson's face is the best part- focused on the ball, stern, confident. It's like he just threw the hardest pitch of his lifetime, and he's just waiting to see what happens. Great detail on this one. 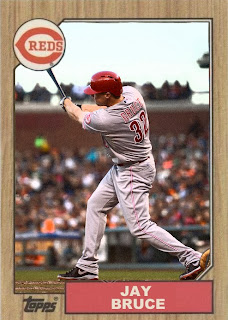 #33- Jay Bruce, Reds
The shadows on the back of Bruce do it for me here, definitely. I love how you can see the crowd in the background, even illuminating Bruce. Very, very detailed, and dark. 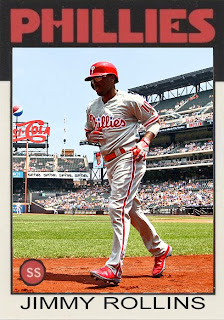 #32- Jimmy Rollins, Phillies
Not too many Phillies on this list, because they didn't have a good enough season to warrant more than a few customs. However, I did make this awesome J-Rol, just after a home run, trotting back to the dugout with the rest of the stadium behind him. Very nice lighting on this one. 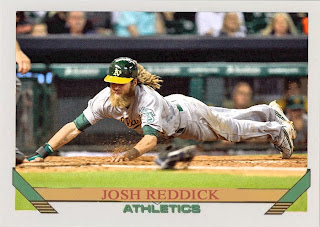 #31- Josh Reddick, Athletics
The beard makes this one. If it was just Reddick sliding, it would be pretty good. But the beard is the best part, so outrageous and overflowing. The Boston beards may have stolen the show, and you'll see one or two of them later, but this one has a soft spot because he came first.