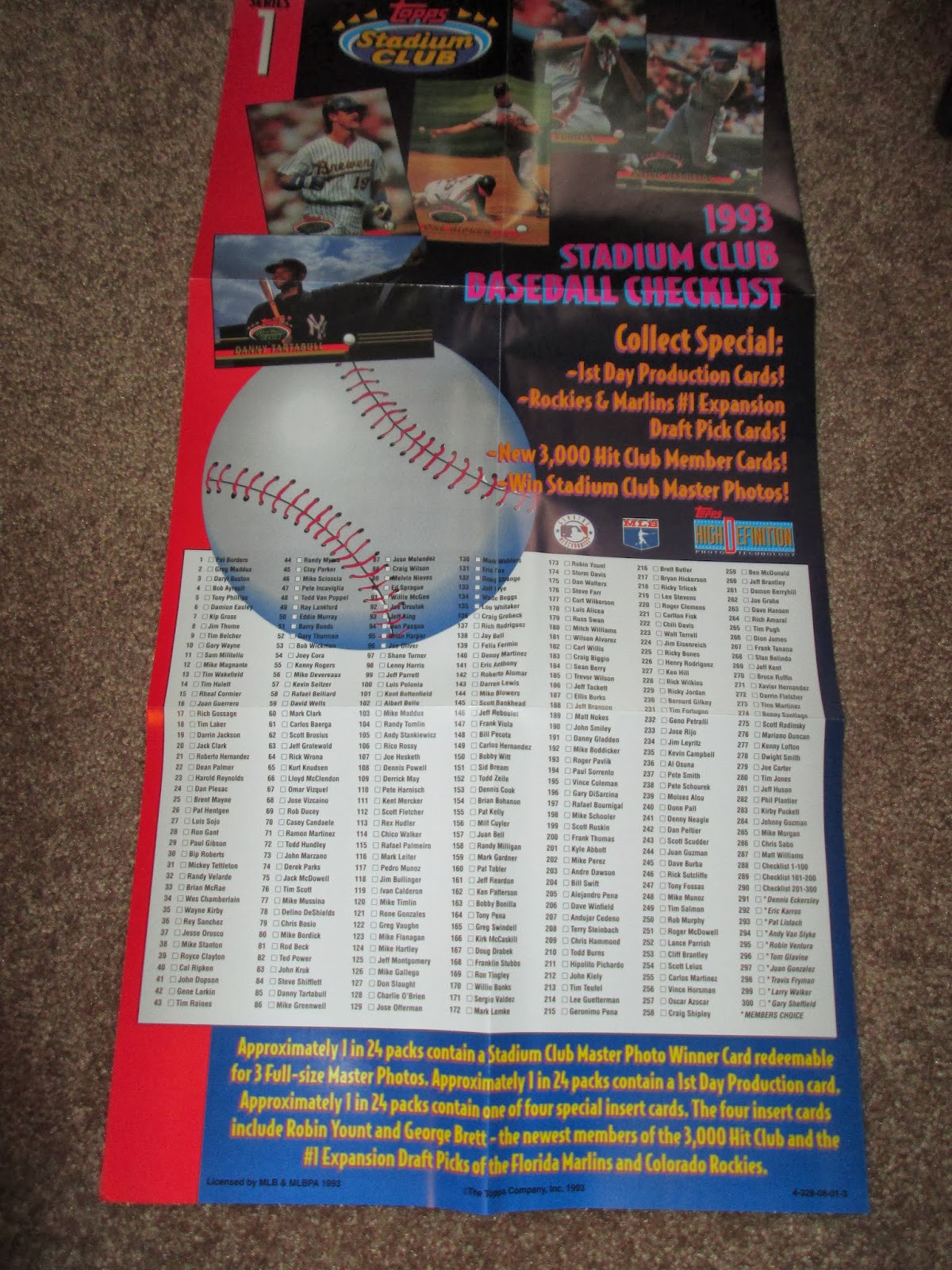 I should have mentioned that right on the inside of the box was a gigantic fold-out checklist, featuring 5 sample cards. Of the five, two are Hall of Famers, two flamed out shortly after this season, and one is still being paid by the Mets.

I should get on with the rest of the box. 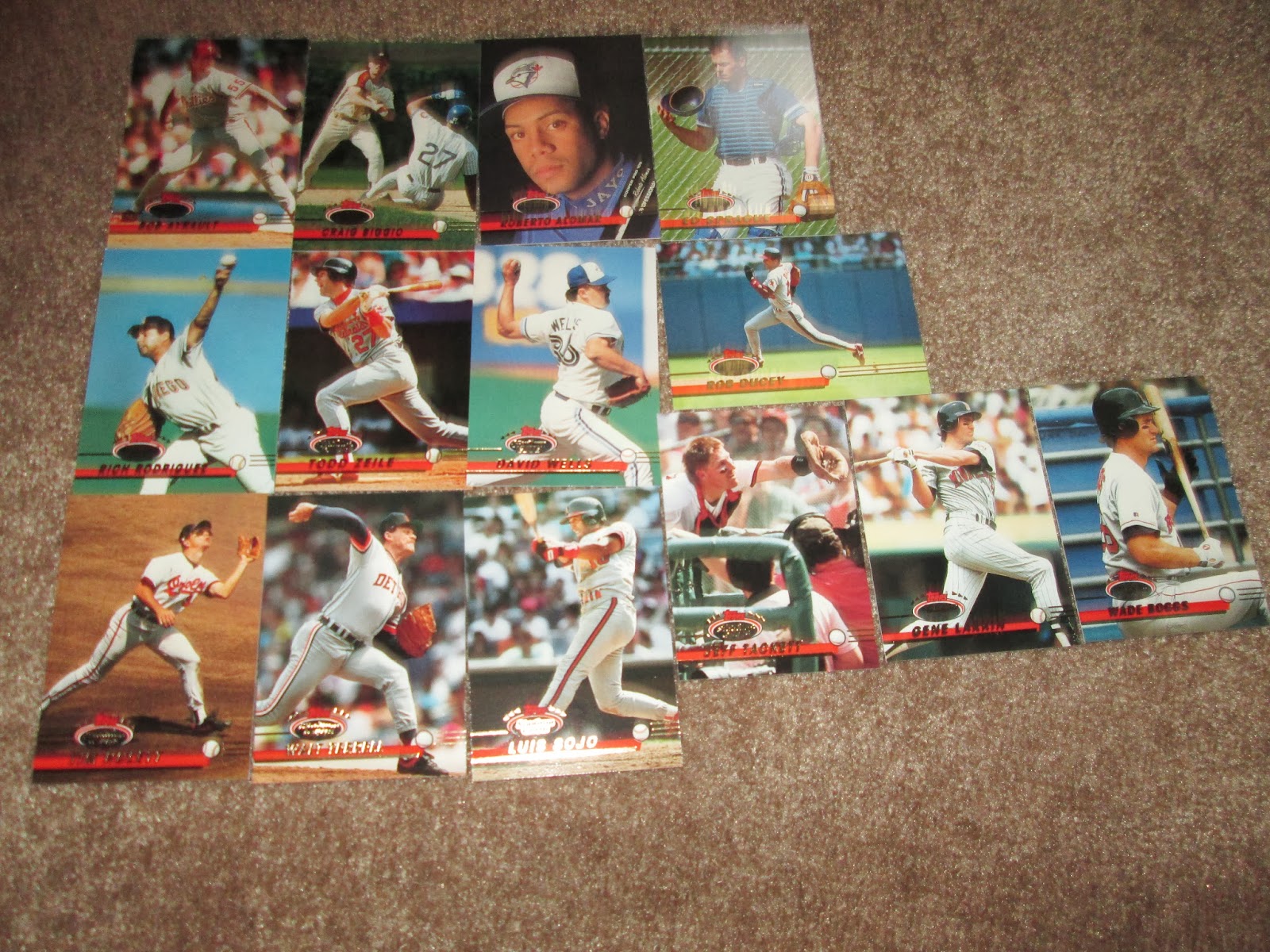 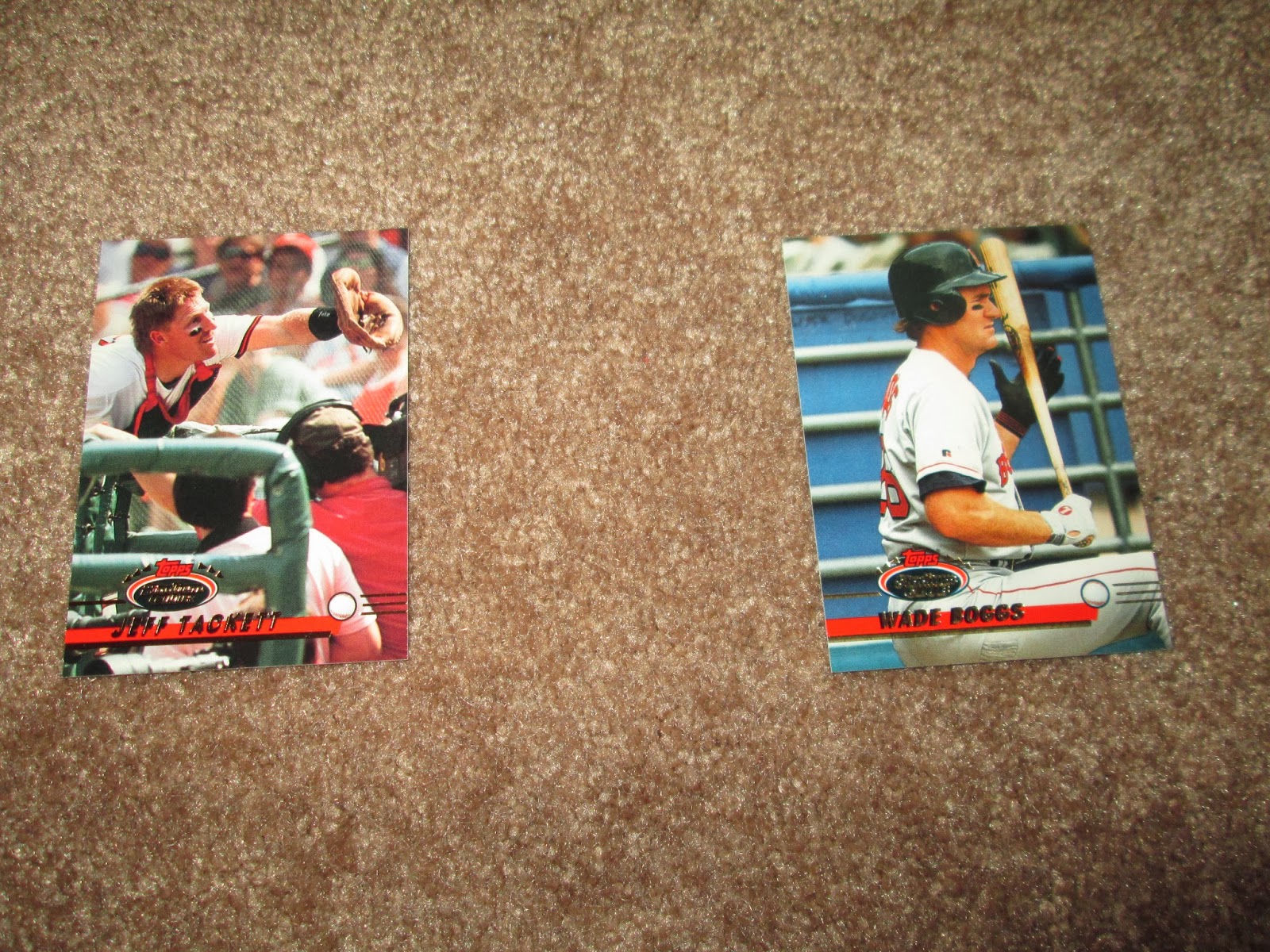 Here are the two cards that impressed me. They are a nice catcher's shot of Jeff Tackett, and a nice dugout shot of Wade Boggs, who is pictured as a Red Sock, though he was traded to the Bronx that spring. 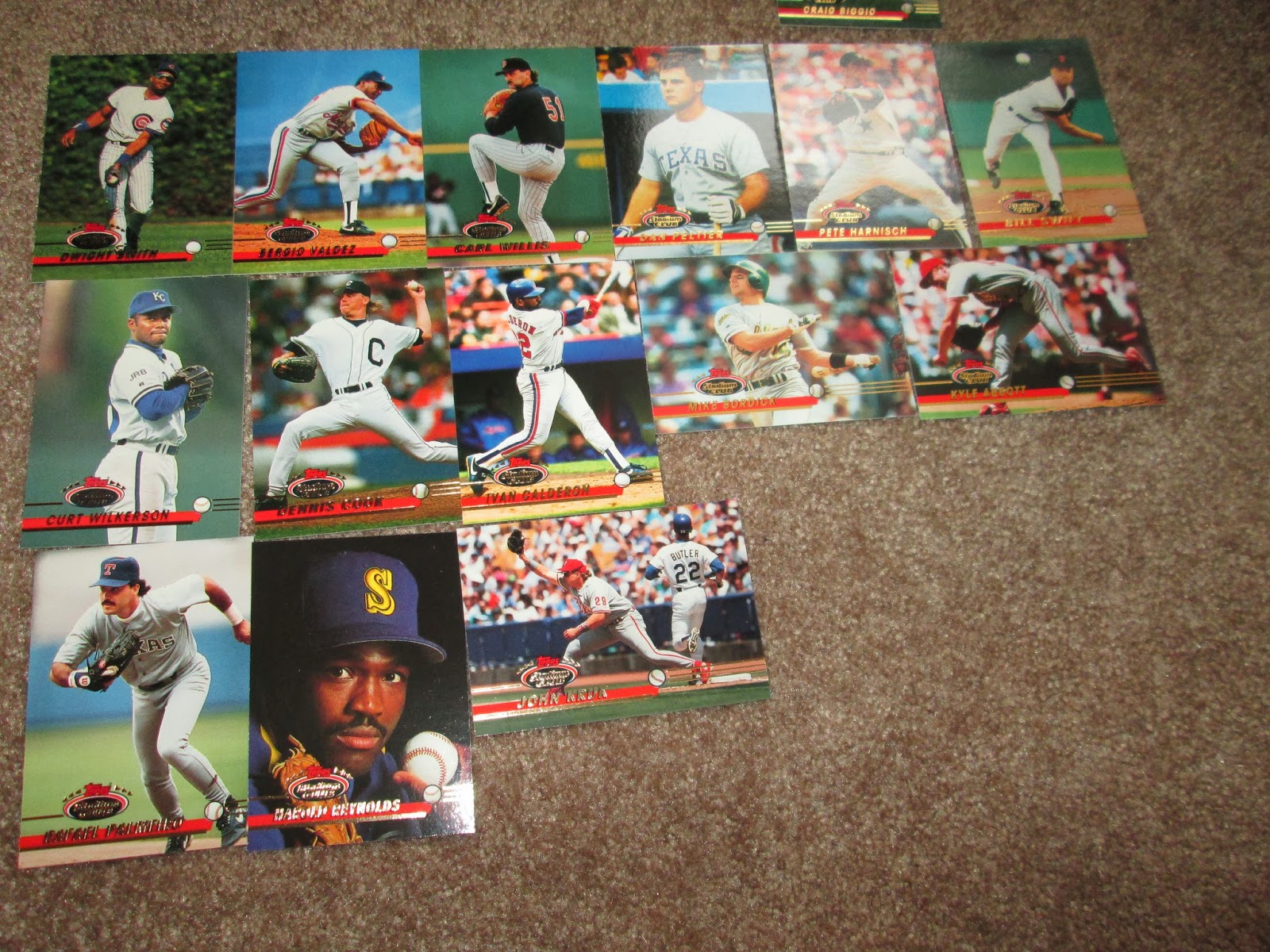 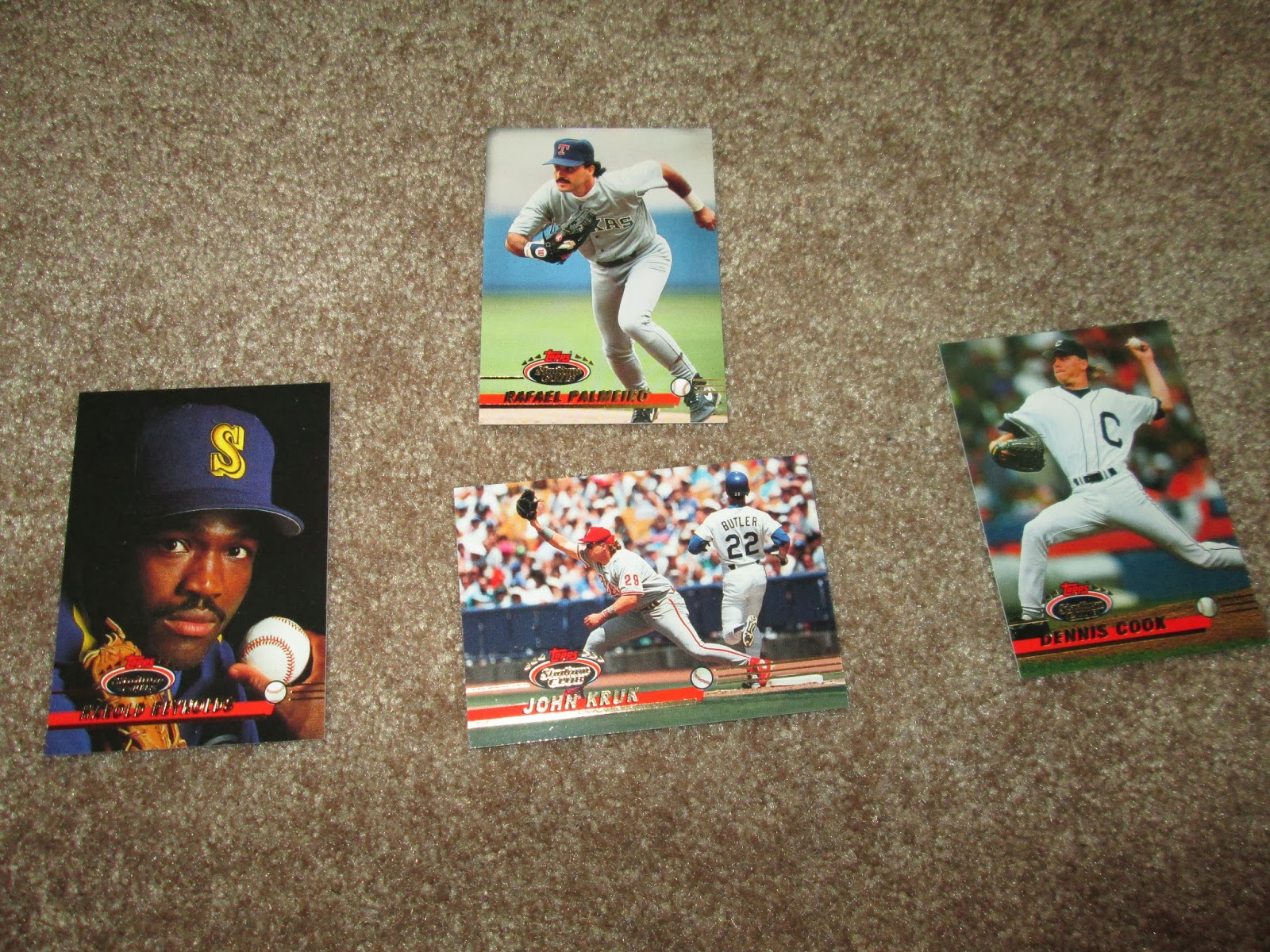 Our four highlights. I threw Palmeiro in here because hey, people know him.
Reynolds looks pretty badass there. This is the season before they switched their uniforms to the much cooler turquoise and black duds.
Dennis Cook's throwback is pretty cool
And John Kruk, the man who was so large that having Chris Farley play him on SNL was a compliment, makes a rare infield play. 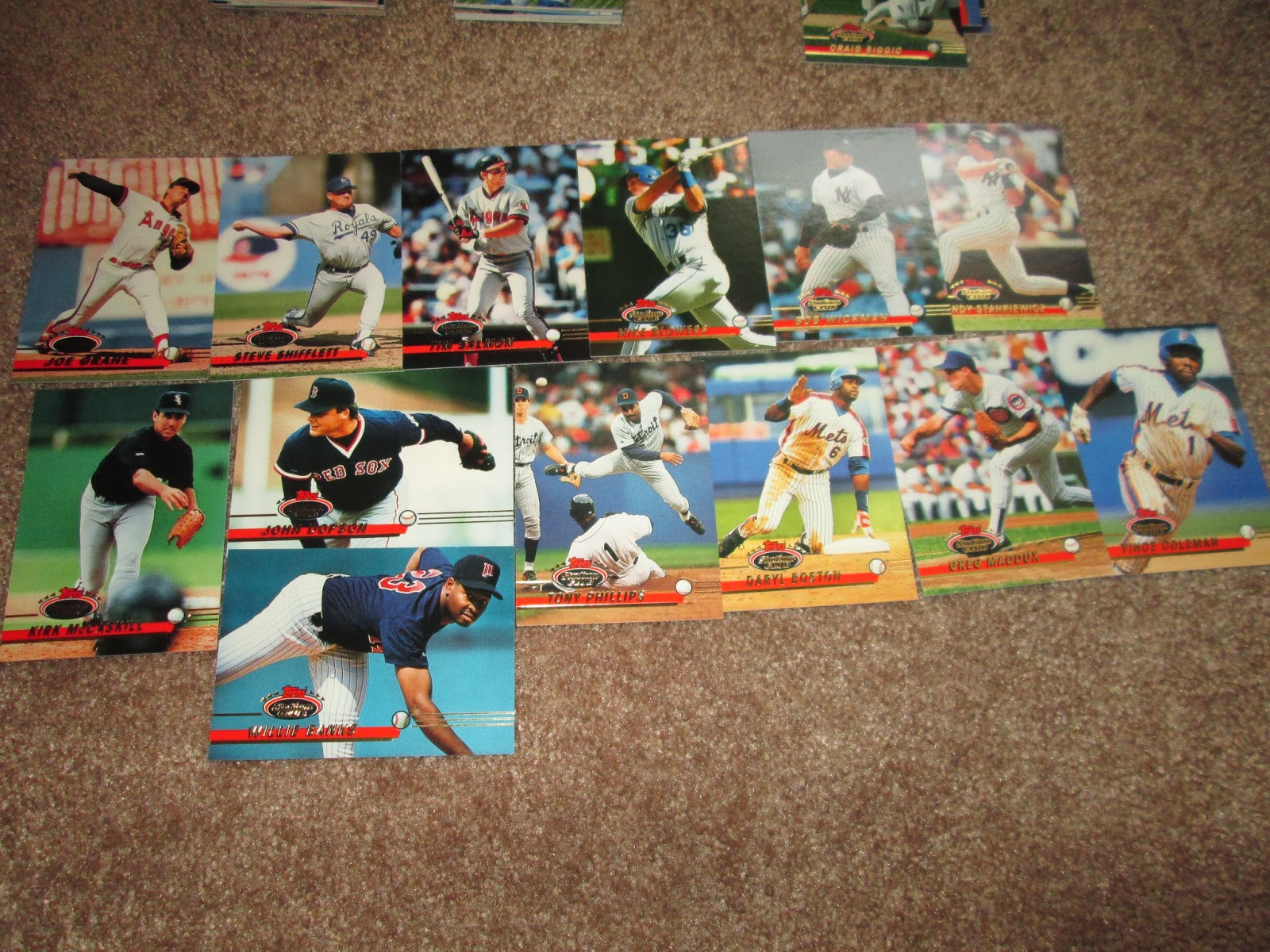 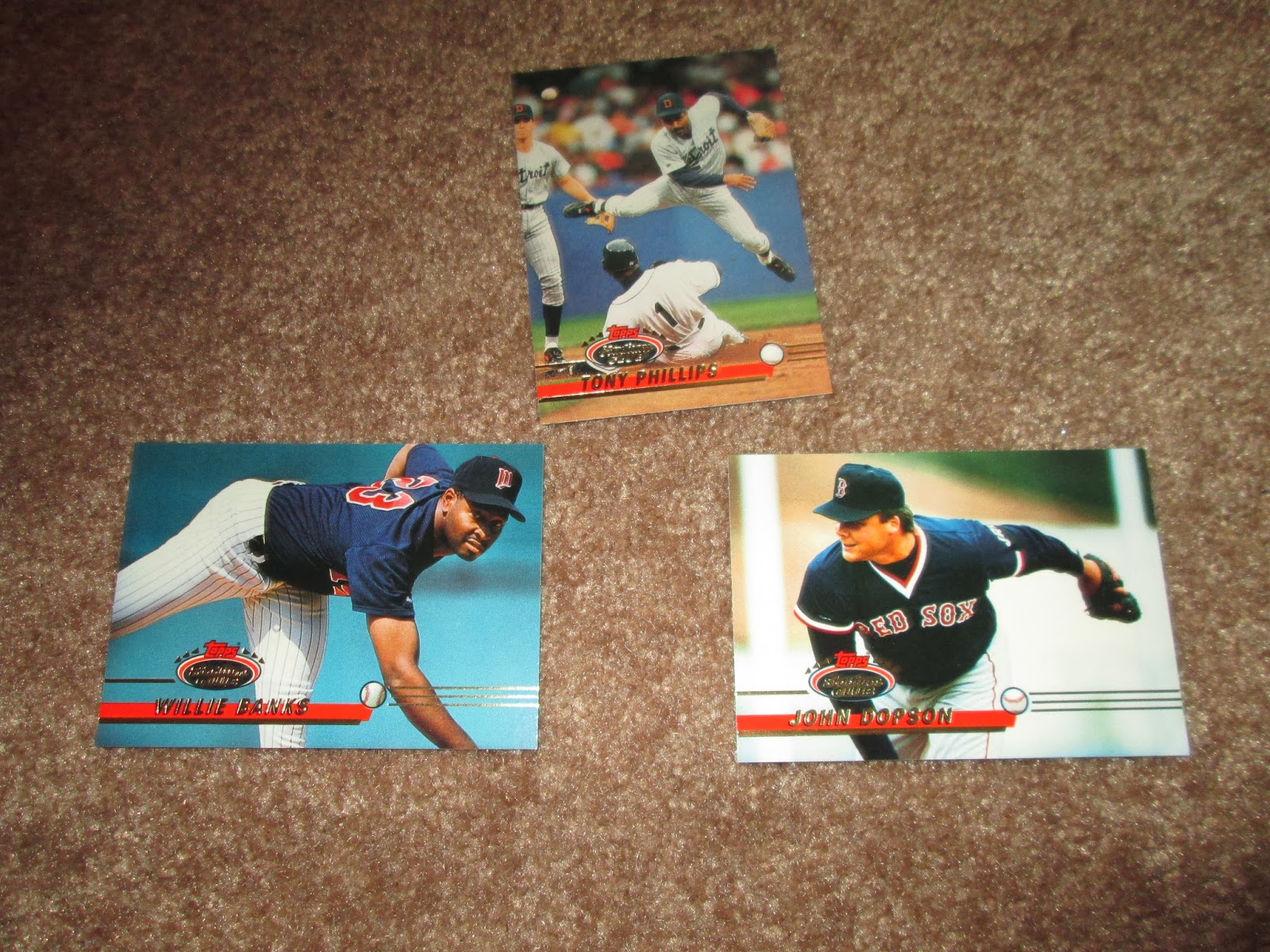 Tony Phillips' card is an excellent double play, especially considering his position. The other two are decent pitching shots made awesomer with full-bleed, HD photography 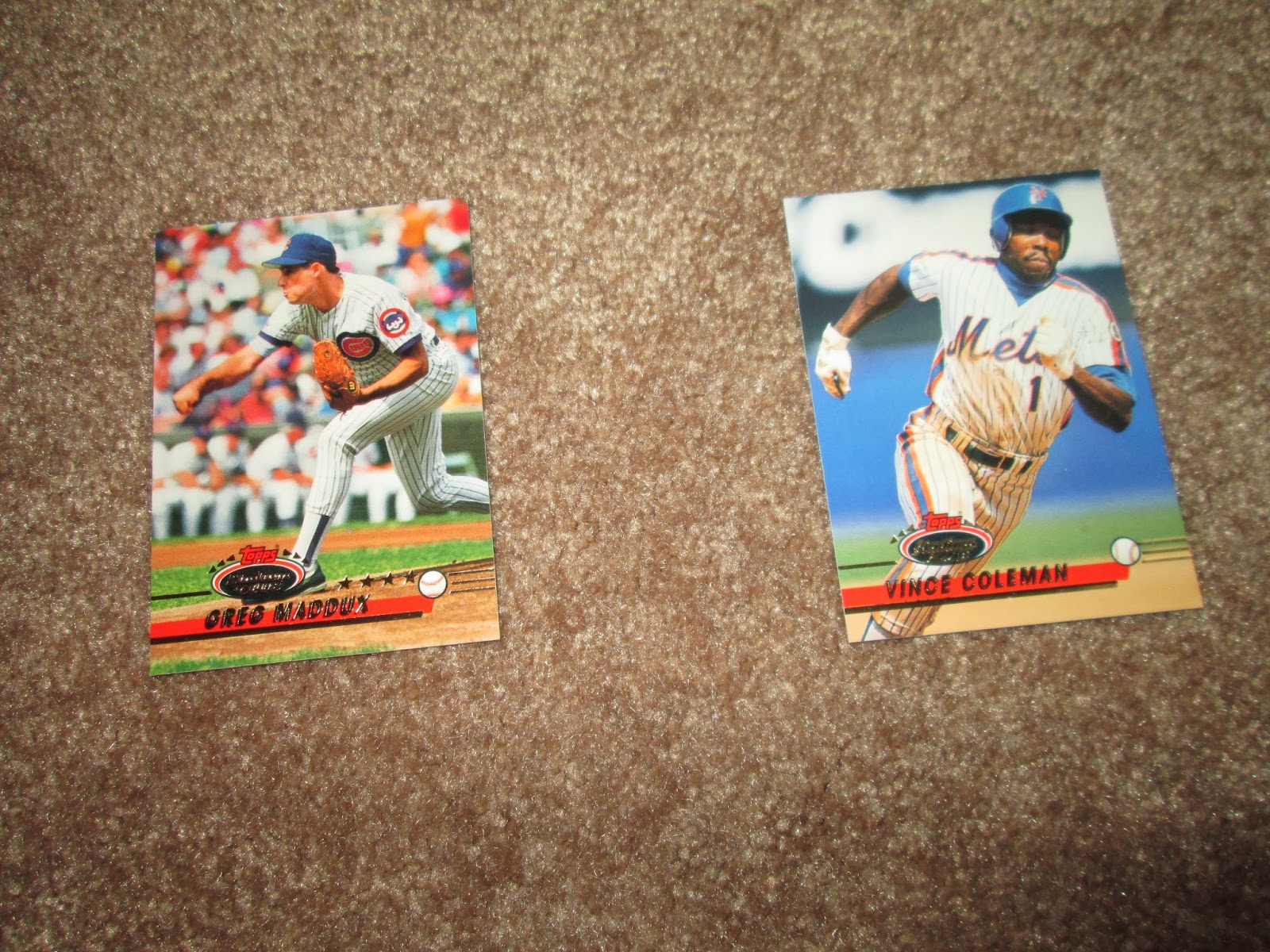 Vince Coleman was still a decent-enough star in 1993. Learn something new every day.
Meanwhile, Greg Maddux was just beginning his awesome career, and he's pictured in a Cubs uniform despite an offseason trade to Atlanta. 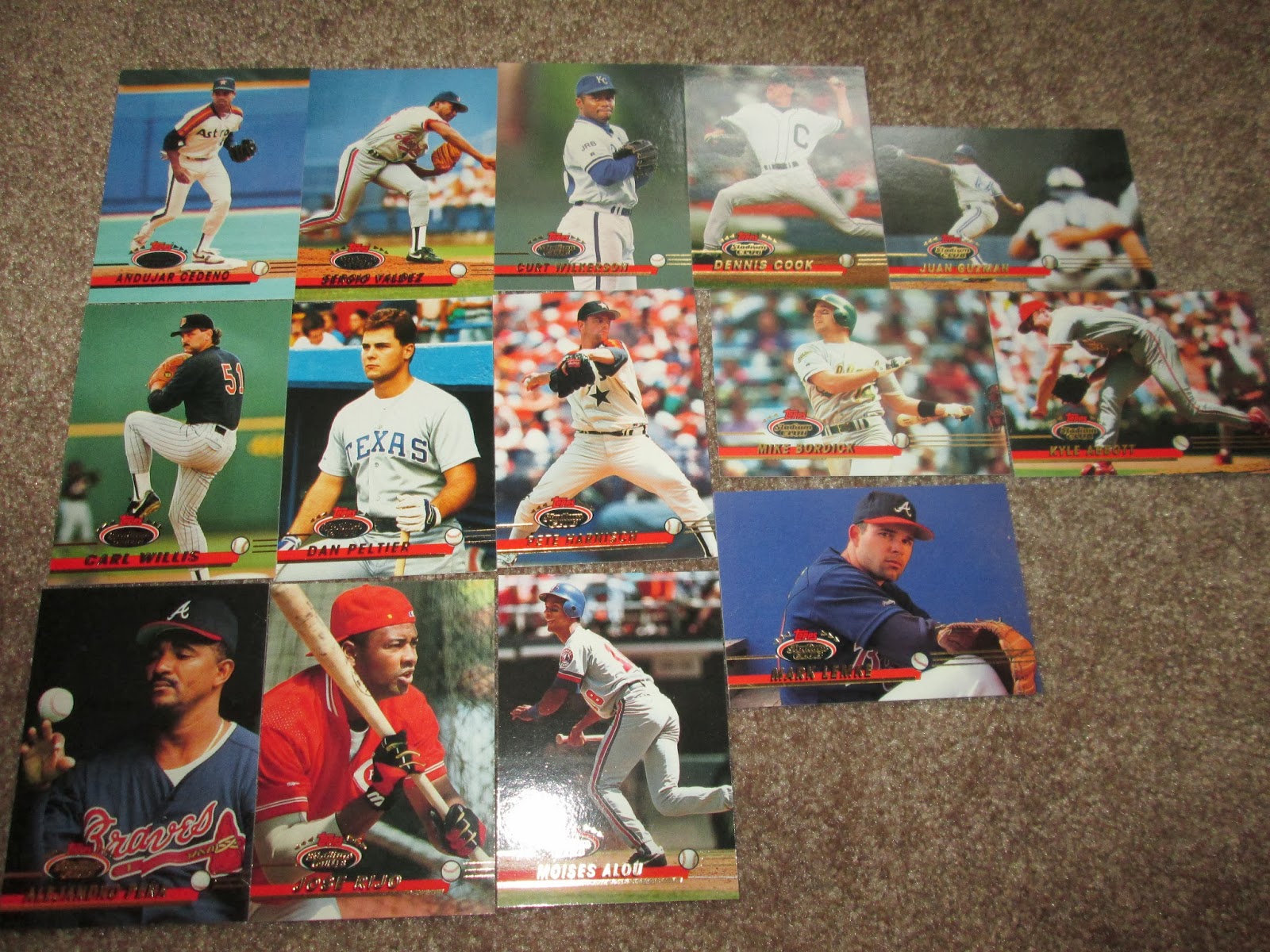 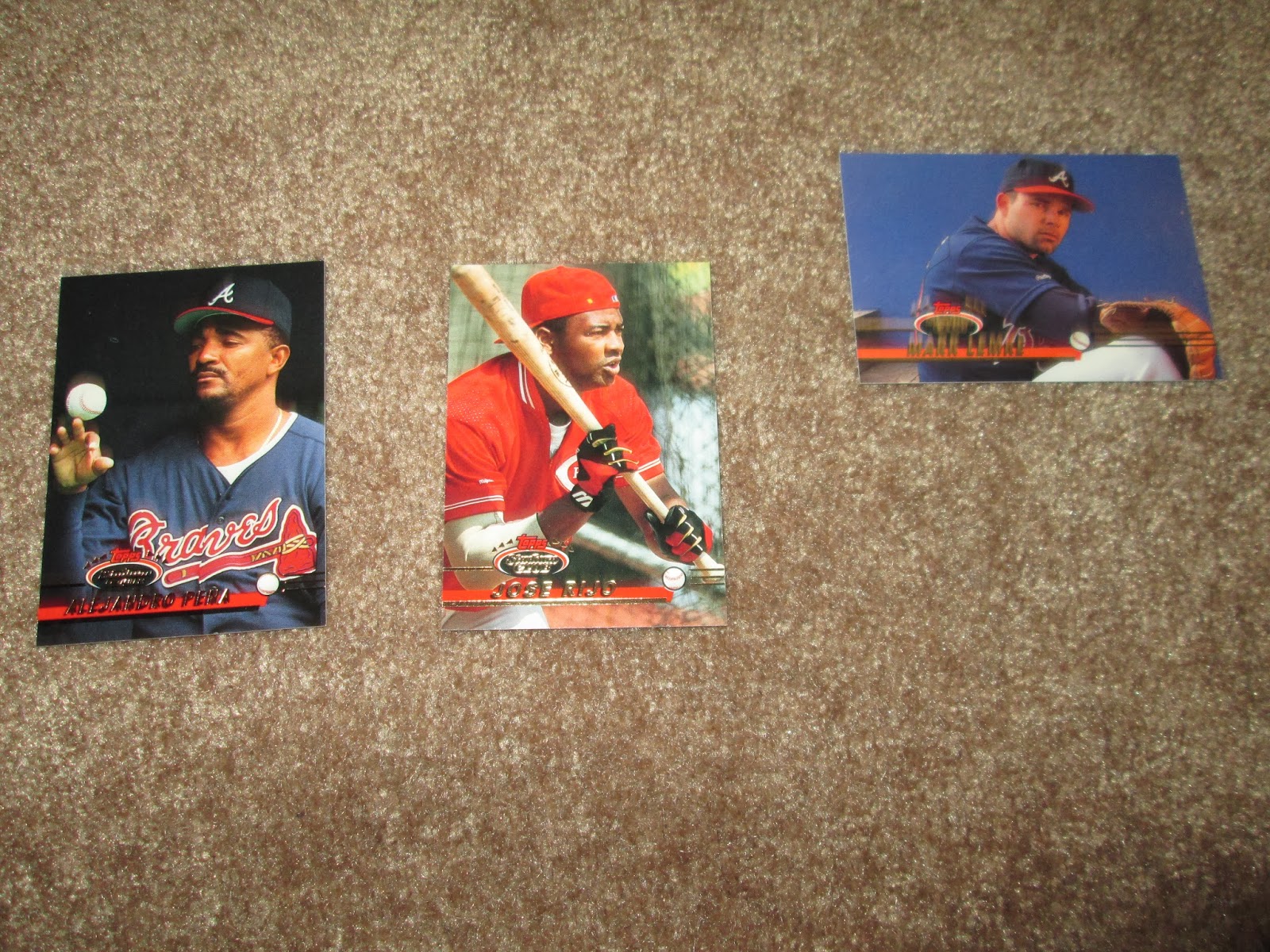 Three really nice shots. I enjoy Rijo's, as it's a nice batting practice shot for a pitcher. I also really like Lemke's, because it's a cool shot of the guy, looking awesome, against a blue backdrop. Pretty cool. 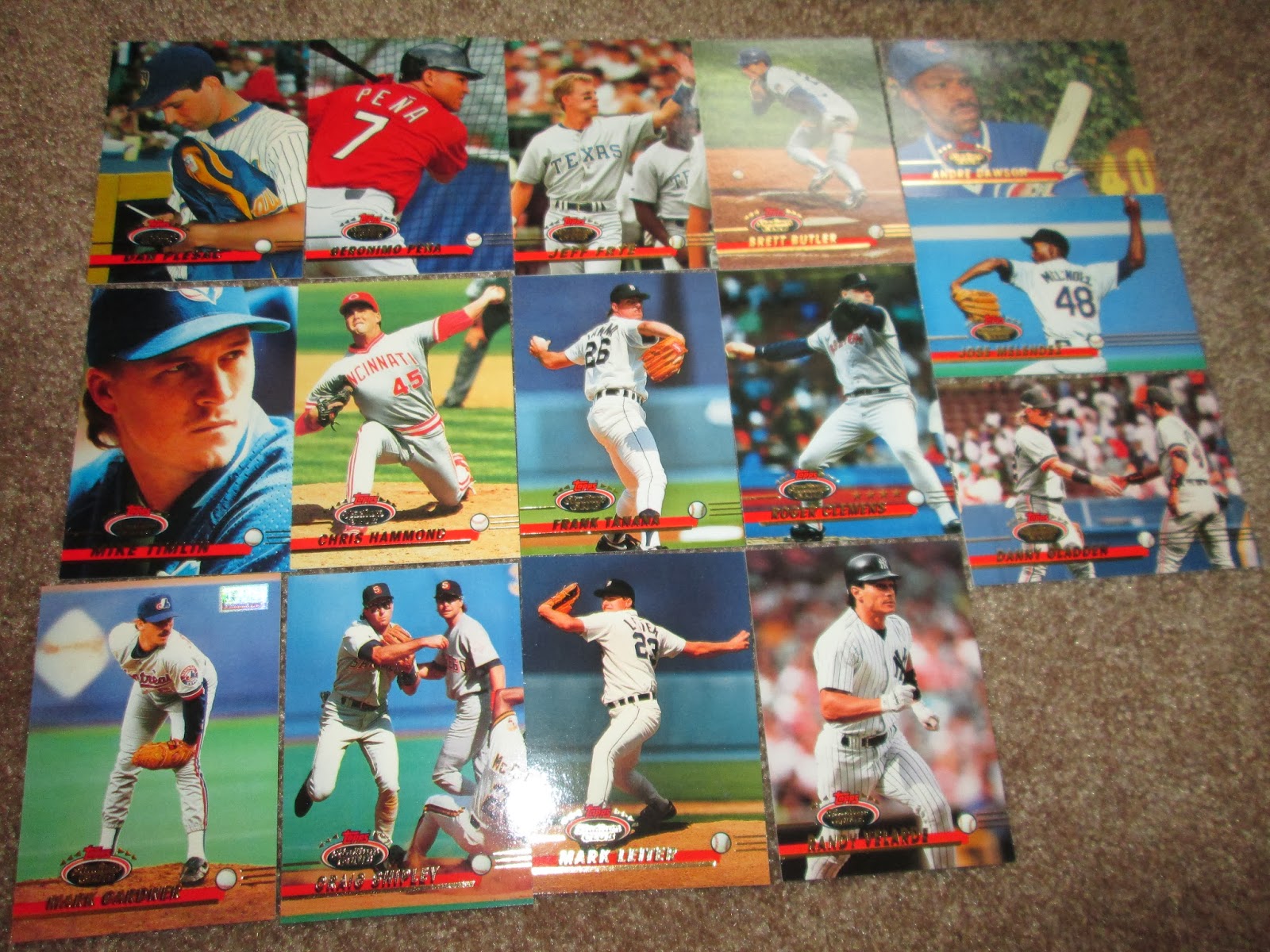 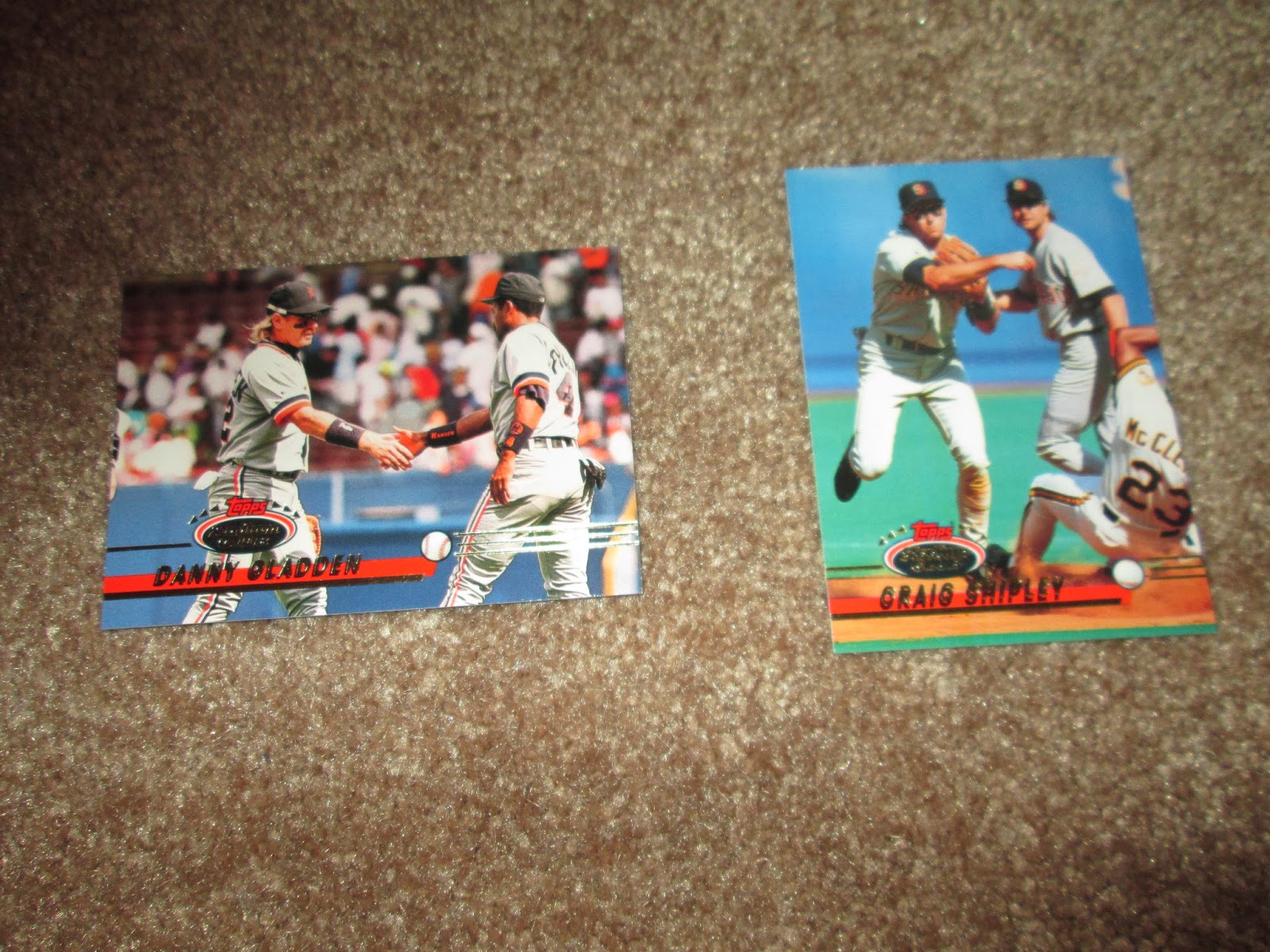 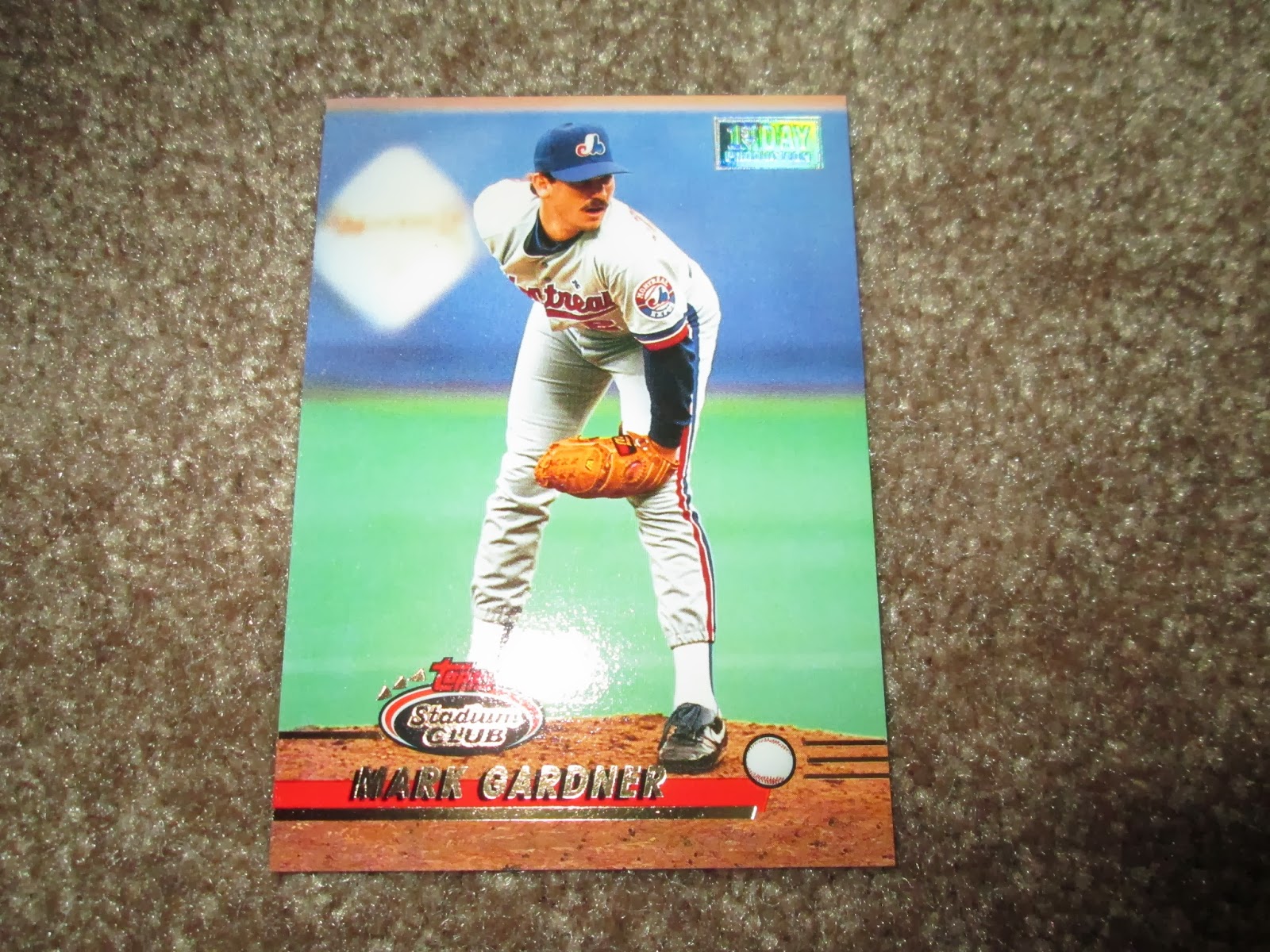 This is a First Day Issue insert of Mark Gardner, which is pretty much the only insert you can get out of '93 SC. Pretty cool though. 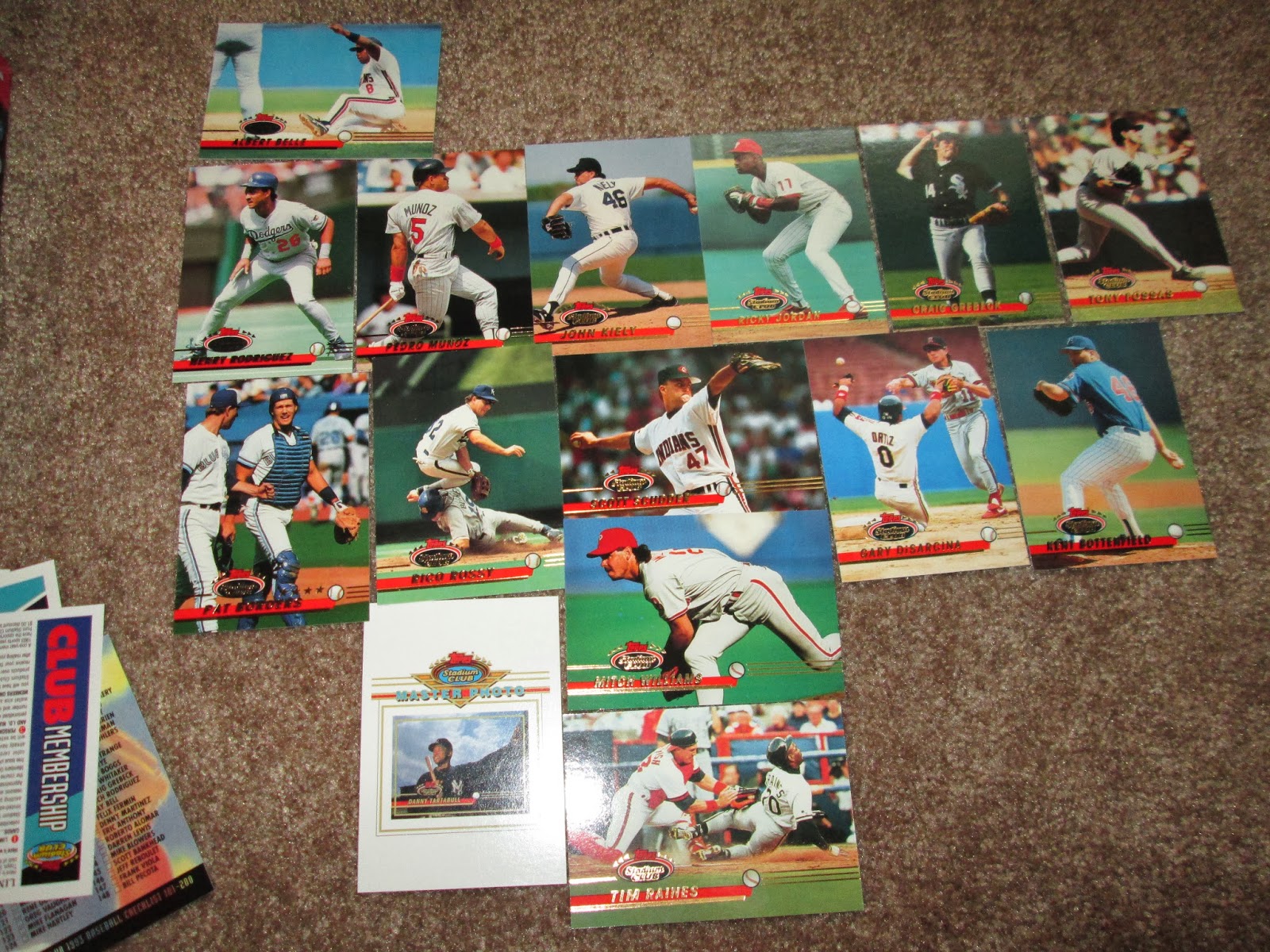 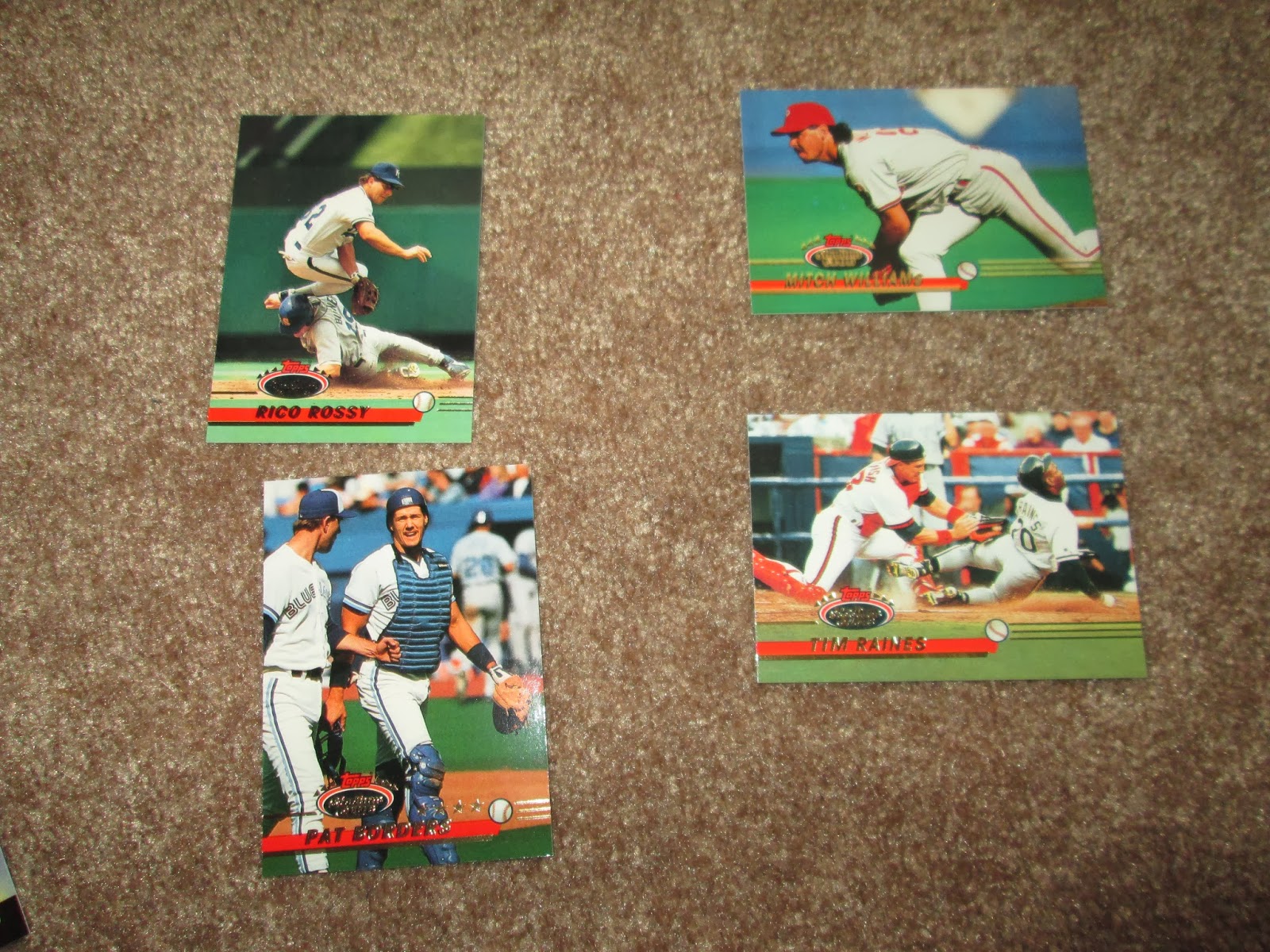 Nice shots all around, including one of Pat Borders, who was evidently a big deal in 1993, and of Mitch 'Wild Thing' Williams, who actually lives closeby me. Of course, Tim Raines is the showstopper, and that is a pretty sweet card of him there. 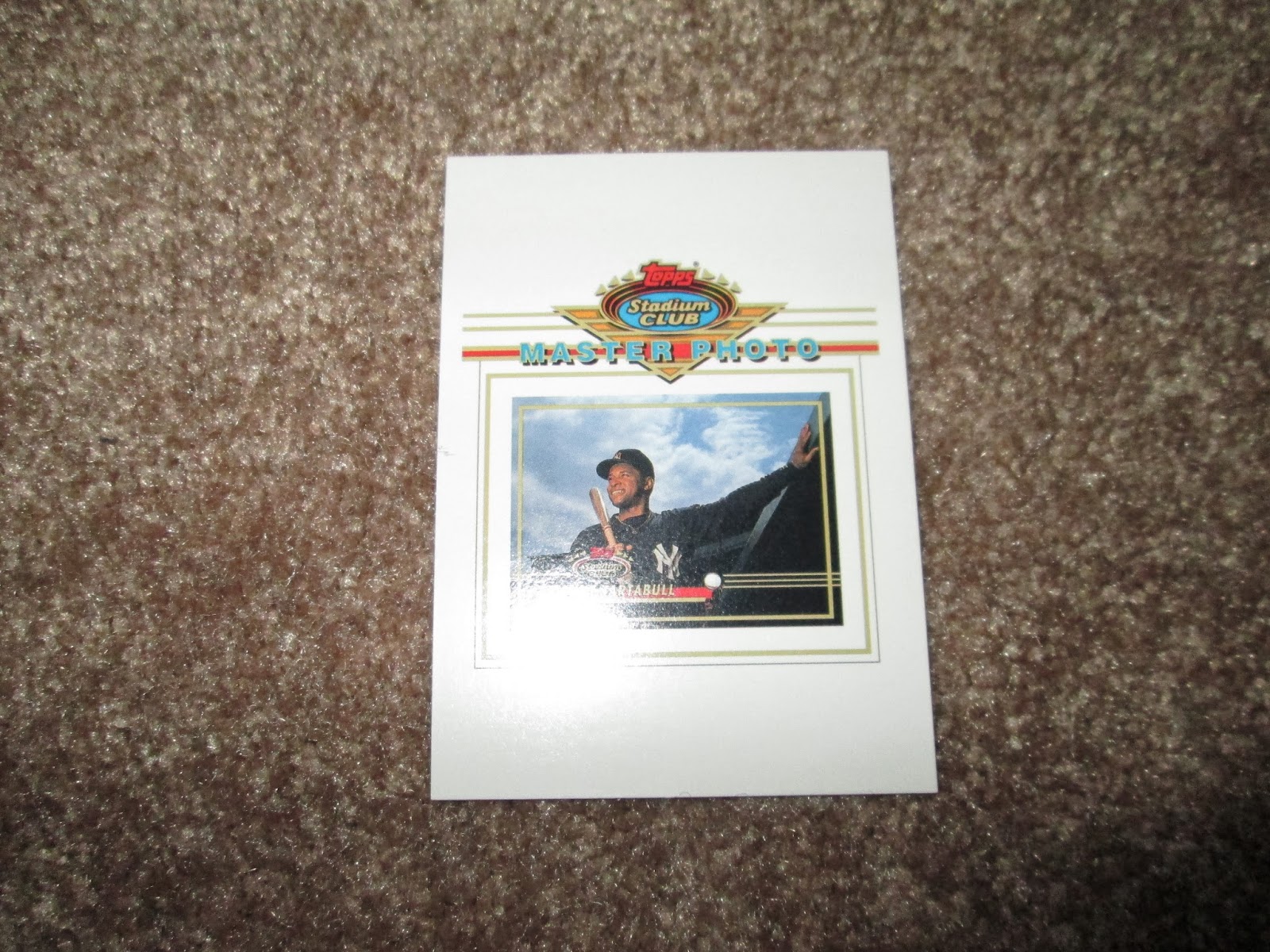 Ah yes, the dreaded 'master photo'. This was the giveaway Topps did in '93, where you'd mail that card in, and they would send you the original photo, in a larger scale. I got a Greg Maddux one of these in my box of Series 3, but this one is far less spectacular, of the much-maligned Danny Tartabull. 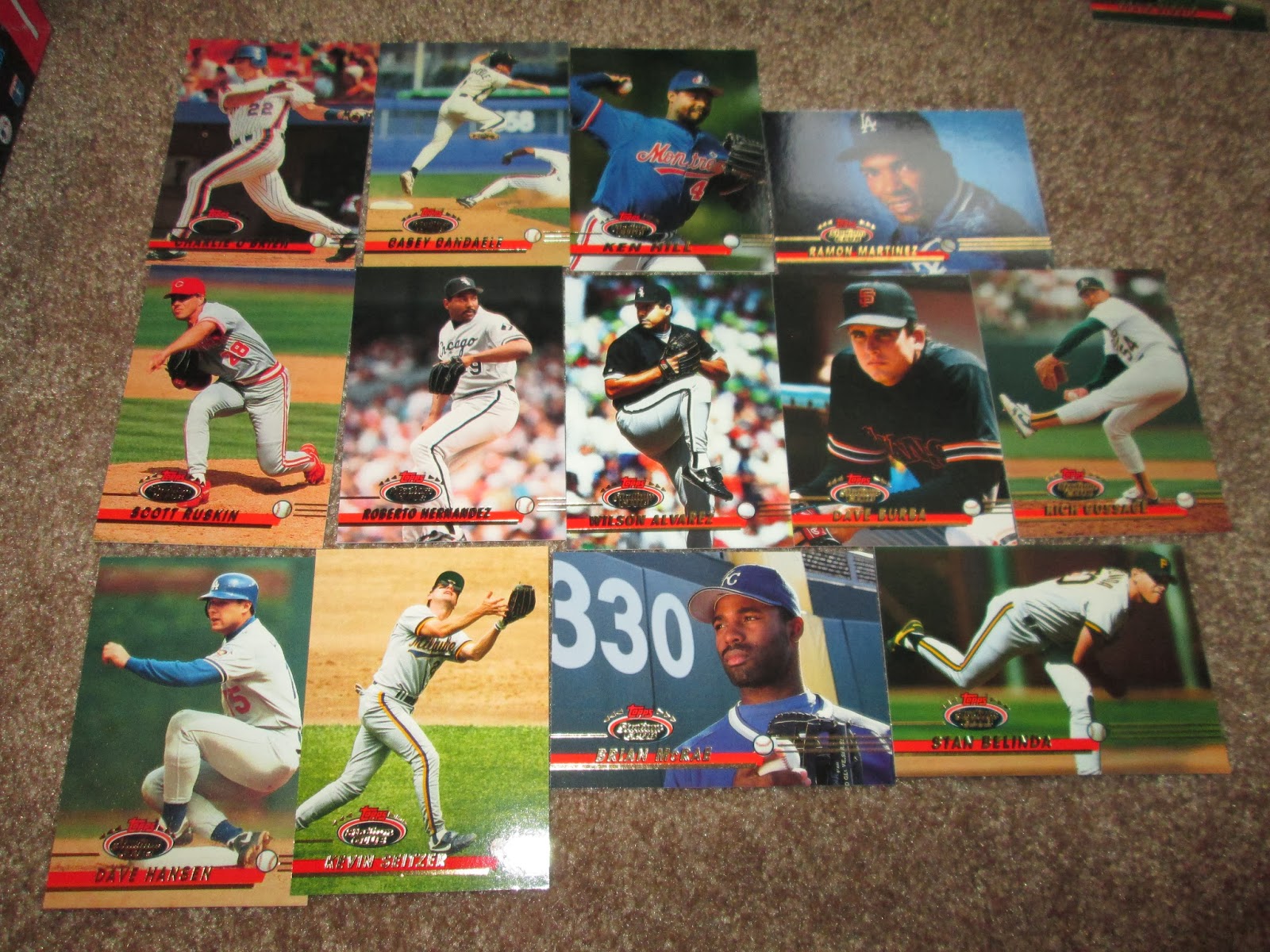 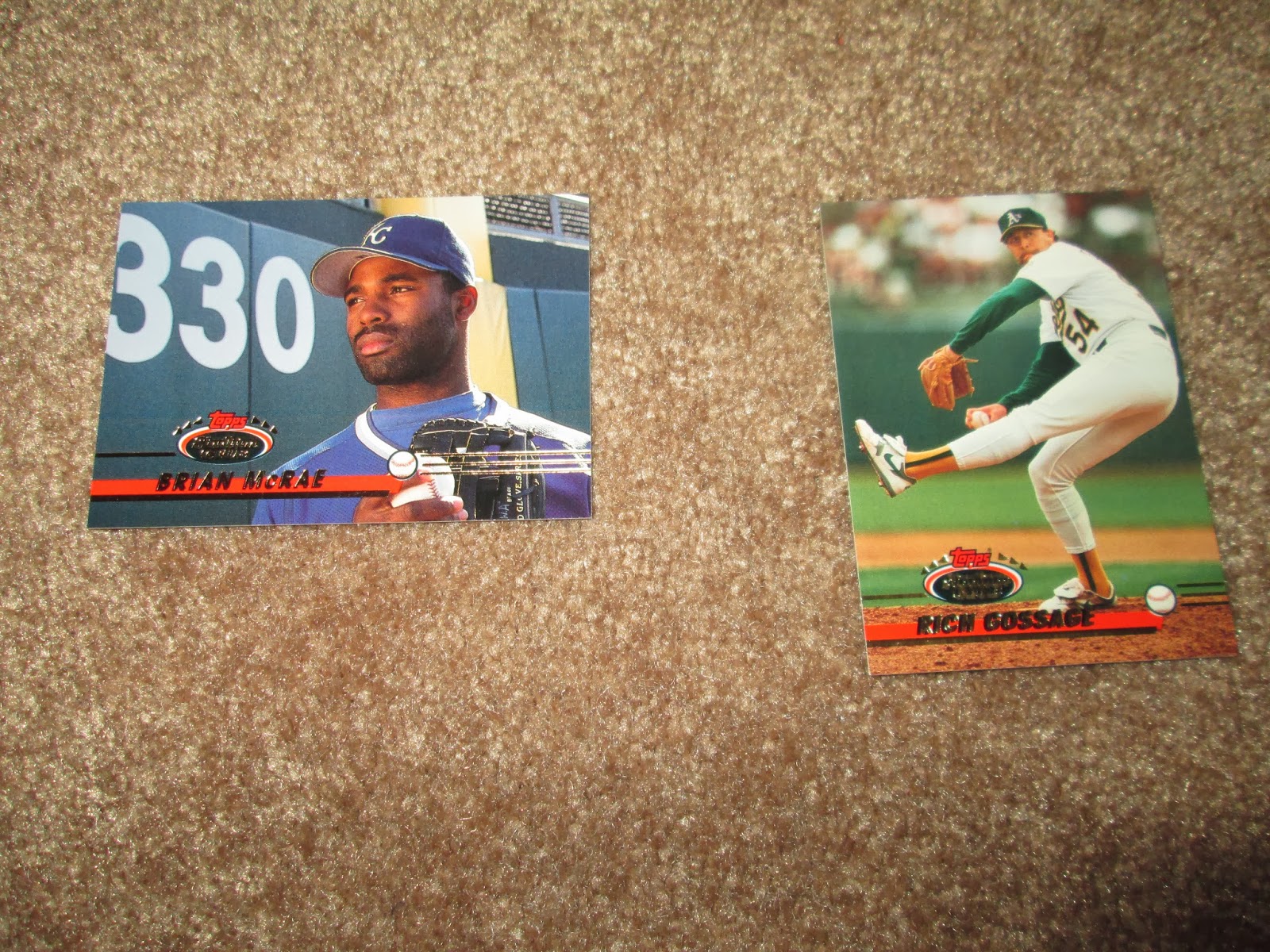 That is a very nice shot of Brian McRae, as the backfield wall is worked in. Very well lit, too.
I forgot that Gossage played for the A's, so it's pretty awesome to get a card of him from that era. I have a card from his Mariners tenure, but it's nice to get something from the A's years. 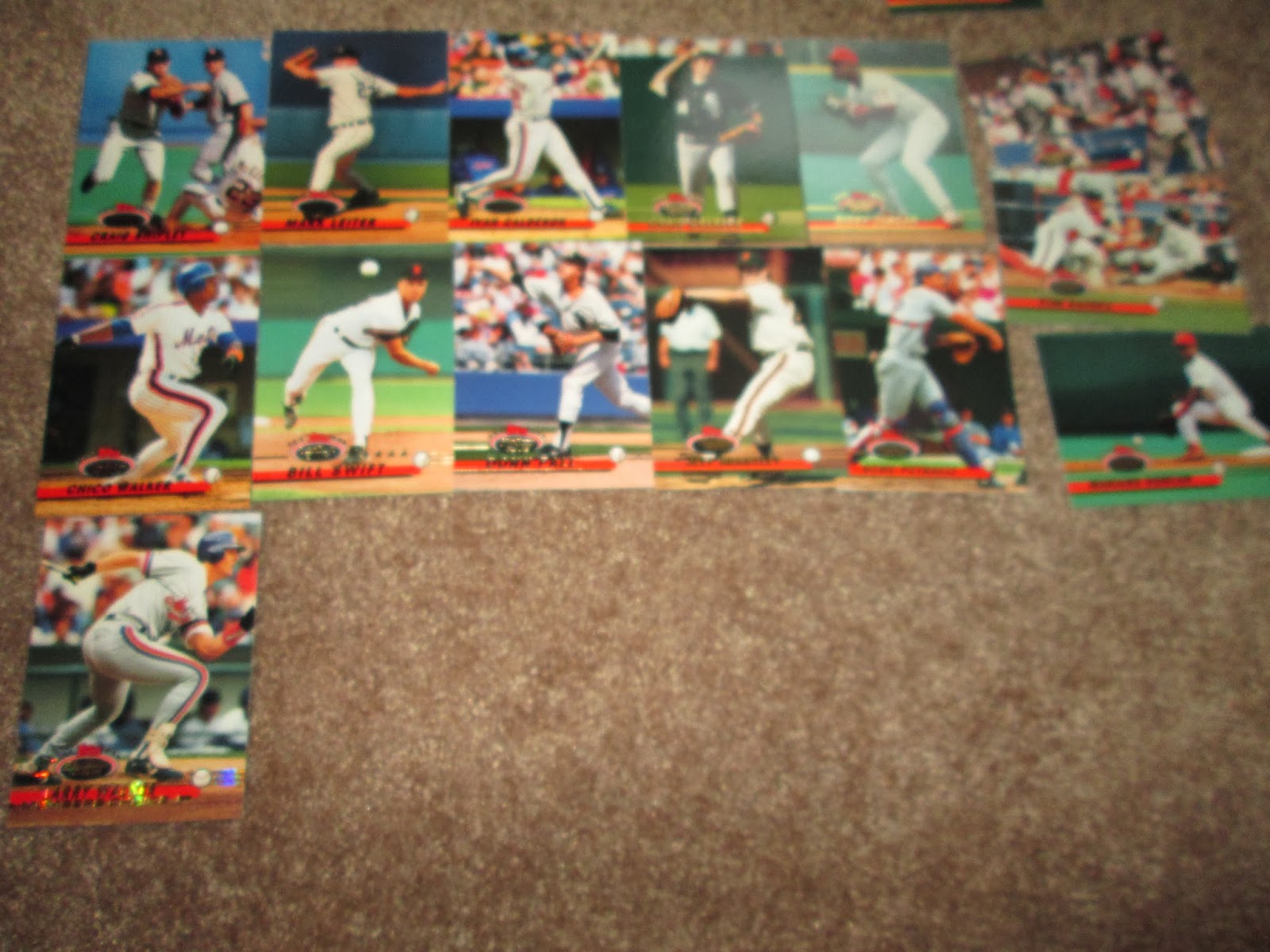 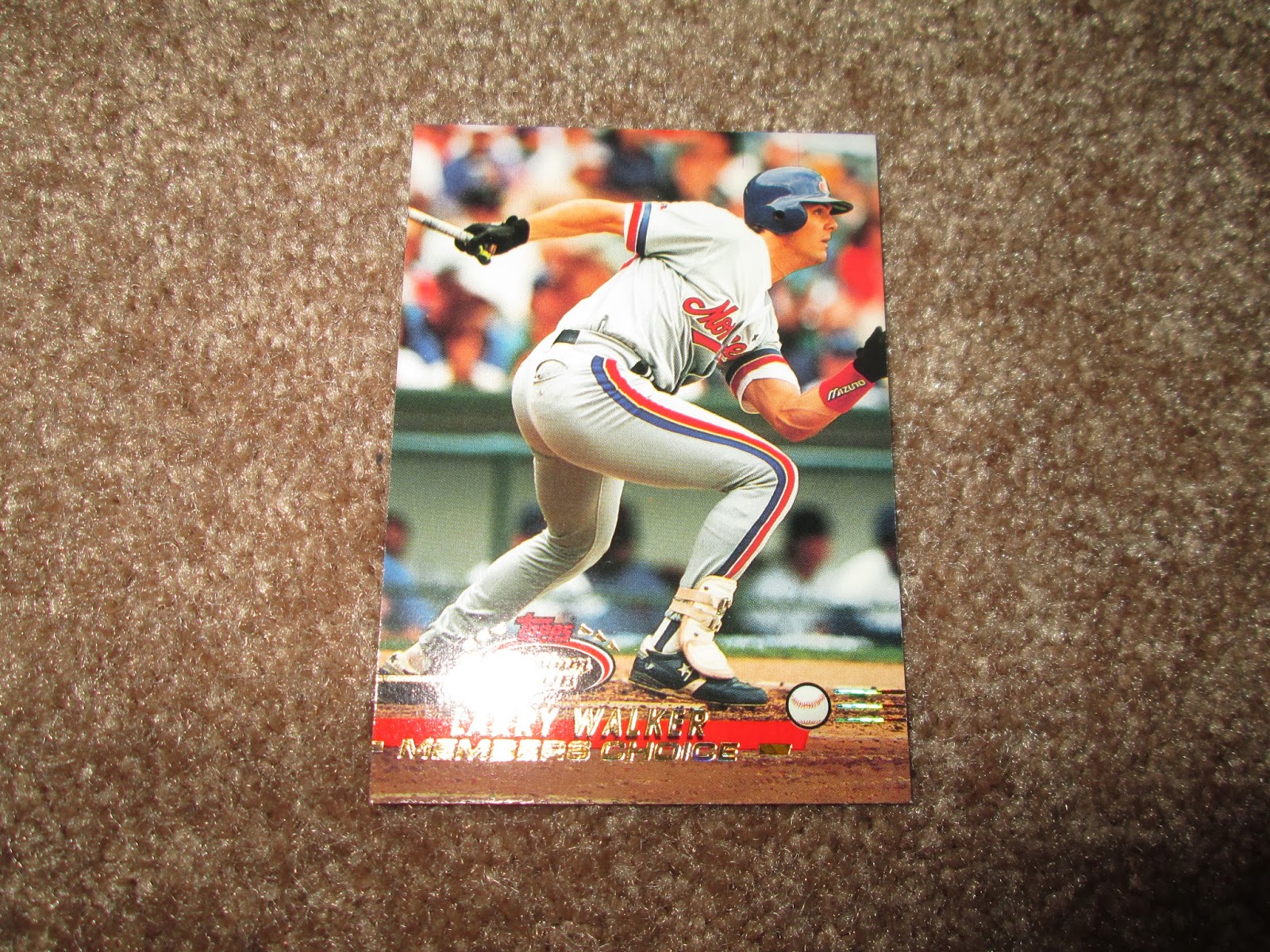 Larry Walker was such a big deal in 1993 that they slapped him on a Members' Choice subset, which is pretty nice. I especially like seeing the old Expos' uniform.

Well, that's it for today. Eight packs left, and I'll likely knock those out tomorrow. I might also look at getting another box of Stadium Club for another year.
Posted by Jordan at 4:11 PM