Halfway through the countdown, and currently doing this post with the Chargers-Bengals game going on in the background. Man, if San Diego goes all the way, it's the Eagles' fault.

On with the countdown... 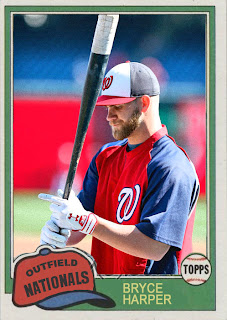 #20- Bryce Harper, Nationals.
This was the obligatory one, as in I had to make a good Harper, because he was coming off a great season, and he was likely gonna remain a big star. So, given the circumstances, this was pretty damn good. I love how you get the darkness of the beard against the red background.﻿ 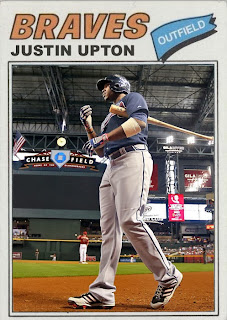 #19- Justin Upton, Braves
This was right in the midst of Upton's streak, during his homecoming in Arizona. This is a very nice fisheye lens shot, that has the roof of the dome, and the shine off of Upton's helmet. 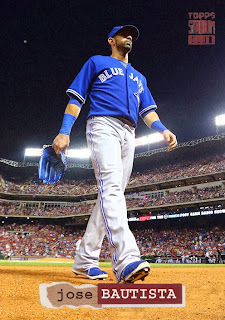 #18- Jose Bautista, Blue Jays
Just a nice, subtle walk back to the dugout, with the blue of his jersey absolutely illuminated. Very impressive. 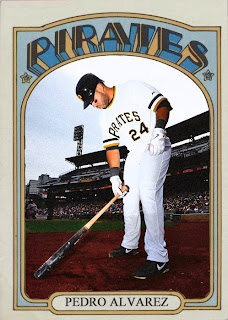 #17- Pedro Alvarez, Pirates
This reminds me of a Stadium Club shot, or some sort of 90's photo, because it just has that element of fun and wonder, especially from Alvarez. I posted this the night of the Home Run Debry, even if he didn't do as well as Cespedes. 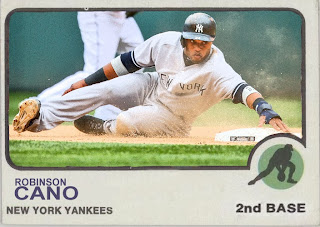 #16- Robinson Cano, Yankees
It's incredibly heartbreaking that Cano will not be on my team this year. However, to remember him, there will always be the mystique of this car, the art of the steal, and the look on his face as he touches the bag. 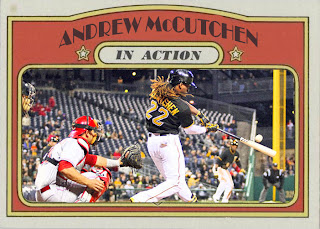 #15- Andrew McCutchen, Pirates
Another plate scene captures, this one with Cutch's hair flying in the breeze, and the shot of another Pirates player ready to start sprinting for home. A great shot for the future MVP. 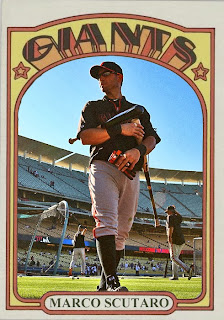 #14- Marco Scutaro, Giants
Yet another fisheye shot, Scutaro walks away from batting practice, toward the dugout. The shadows really work here. 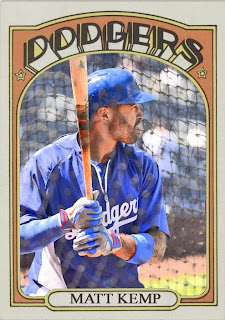 #13- Matt Kemp, Dodgers
Another beautiful batting practice shot, complete with a blue uniform, and the little spots of the net in the frame. 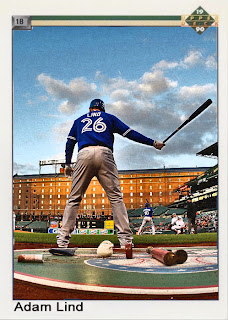 #12- Adam Lind, Blue Jays
Beautiful Shot from behind, one of the many batter's box shots. The way the building in the background is lit really speaks volumes. 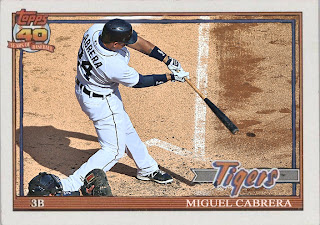 #11- Miguel Cabrera. A shot of the other MVP, complete with different shades of sand, and another nice hit.