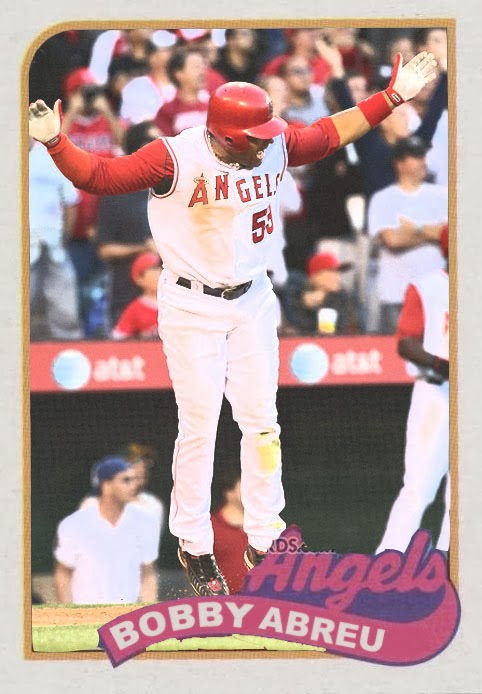 I ridicule the Yankees from time to time for having a problem with signing players over the age of thirty and expecting them to perform like they did in their youth. And I like to kid them about that, because it's a little funny how far Cashman takes it.

What isn't funny is the moment somebody else takes the gag further.

Ruben Amaro, who I had some amount of respect for before this, thought it would be a good idea to sign Bobby Abreu, who is currently 39, to a minor league deal. This would reunite Bobby with Marlon Byrd, who were youthful, terrific outfielders...back in 2003, that is. All we need is Jim Thome, Kevin Millwood and Dan Plesac to come back, and we'll have a nice, strong team.

No, in all seriousness, this is awful. 5 years ago, when I just knew players by star power, I would have thought this was a good idea because it would bring a Philadelphia superstar back to Philly. Right now that's the only part of this that makes sense, and it doesn't even make that much sense.

You're hiring a 39-year-old ballplayer, one who never really excelled at anything other than having a good time, and you're expecting him to hit for you off the bench, or even in the outfield. Hell, he hasn't played since 2012. To put it into perspective, Bobby Abreu hasn't played baseball since Mitt Romney was still campaigning.

Quite honestly, there are so many things wrong with this deal that I'm probably going to leave most of them out. Like, there's a whole list of shit that I could write if I had more time, but I'm not going to. It just proves how dumb this is, and I already established that with the whole Dan Plesac thing.

I think this just ruins the integrity of the Phillies' ballclub, because if they sign Bobby Abreu and think he's gonna be like Jim Thome and make miracles happen off the bench, then they're stupid. Like, I can't take them seriously anymore. They're just a joke now. And it's sad.

So I'm done ranting. And I'm just waiting for them to sign Pat Burrell.
Posted by Jordan at 11:01 PM

Labels: Bobby Abreu, Have you people no shame, Phillies, Stupid decisions, who exactly thought this was a good decision?