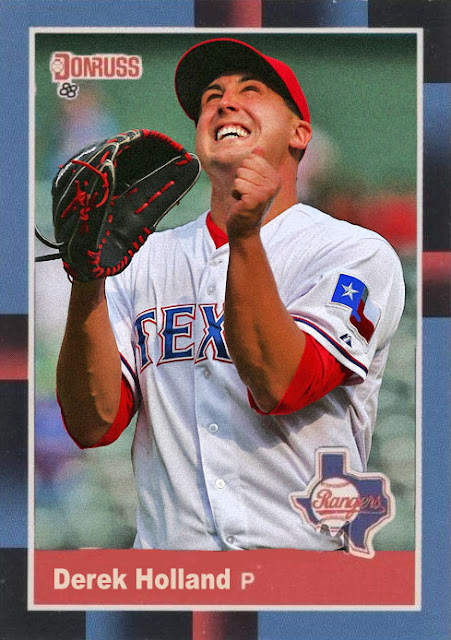 Well, we knew this was coming, but the Rangers have clinched the AL West, after having an unstoppable month. What I like about this team is that they're not the guys that I hated when they went to the World Series two years in a row. There's a different dynamic, and there's more emphasis on big hitters like Prince Fielder and Adrian Beltre than just good position players, which is basically what it was in 2010.

Bottom Line- The Rangers will be playing whoever ends up in second in the playoff race, which is looking like it might be the Royals, so that may be a tough matchup.

Even tougher- the Astros, Angels and Twins are still battling it out for one last Wild Card spot, and it is coming down to the wire.
Posted by Jordan at 9:48 AM
Labels: Derek Holland, playoffs, Rangers