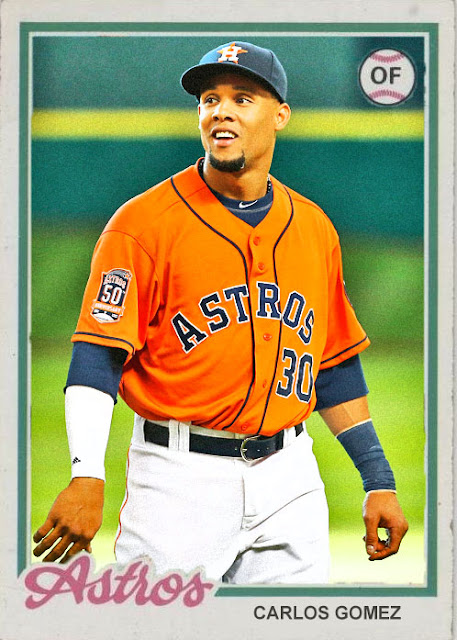 The Yankees, suffice to say, didn't show up.

This was the tired, battered remains of a team that had peaked way too early. I saw this coming, and a lot of people saw this coming. Dallas Keuchel especially, because he had a phenomenal night.

As sad as I am that the Yankees aren't moving on, I feel like it fits. This was not their year. This was not their story. The 2015 season begins and ends with people like the Astros, who came from absolutely nothing and worked their ways up. THEY are the victors. THEY deserve to be in the playoffs. The Yankees had a great mid-season, and then limped to the finish.

The Astros deserved to advance, so they did. Simple as that. It's gonna be a tough matchup, Royals-Astros, but I think it'll be a pretty nice one. I don't suppose the Astros will find it as easy as the Bronx, though.

By the way, one last Congratulations to the 2015 New York Yankees. Hell of a job, boys. Shame it all had to end this soon.
Posted by Jordan at 1:13 AM
Labels: Carlos Gomez, playoffs, wild card, Yankees