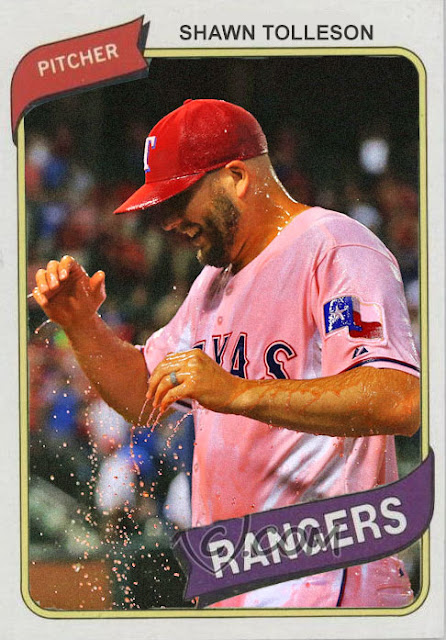 And just like that...the 2015 regular season ended. Not with a bang, but with a whimper. Clay Kershaw hit 300 strikeouts. Jacob Degrom almost pitched a no-hitter. The Yankees lost. It didn't go out on a high note like it did last year.

Good news about it ending quietly is that the smoke can settle easily for the playoffs to begin. Tuesday night, the Wild Card match ups take place, and then we're off to the races. This is a very competitive, and very strange playoff field, and one that could go a TON of different ways. I'm not gonna go over ever single scenario, because that would be Night Owl's thing.

So what I am going to do, is give you the most likely scenario for this season's endgame. I am not going by an expectation for spontaneity. I am not going for surprises. I am simply looking at this field, and thinking, "who would be the most likely victor in this situation?" Simple as that. Same thing I used to do with the Football Predictions, only there I had room for upsets. Here, not really.

I am fully expecting the actual playoffs to go differently from these match ups, these predictions. Matter of fact, I encourage it. This is the 'if absolutely nothing goes wrong' scenario for the 2015 playoff season. So if it actually ends up going like this, baseball will have failed. Things are meant to happen that go according to the grand scheme of things. How the hell do you think we wound up with a Giants-Royals Series last year?

So now...the 'if absolutely nothing goes wrong' track for the playoffs:

AL WILD CARD: Yankees vs. Astros. Judging by the current momentum, the Yankees have absolutely no shot. They've completely run out of steam, and even with Tanaka on the mound, Dallas Keuchel's gonna kill the offense. ASTROS MOVE ON

NL WILD CARD: Cubs vs. Pirates. This one is pretty tricky, because both teams are on a tear right now. It'll likely be Gerrit Cole vs. Jake Arrieta. I say Arrieta goes 7 innings, pitches a gem, but the Pirates fight back late and Melancon shuts 'em down. PIRATES MOVE ON
(Not saying I want this to happen, because I don't, but logically this is what happens.)

ALDS 1: Blue Jays vs. Rangers. The Jays have the better roster, the Rangers have the better pitching. Will last all five games, but in my eyes the BLUE JAYS TAKE IT IN A SQUEAKER, thanks to a late Ben Revere RBI double. JAYS MOVE ON.

ALDS 2: Astros vs. Royals. Could be pretty evenly matched, as both teams haven't had the greatest months, but in my mind, the Royals will take this game, offensively and defensively, only giving up one game, and it'll likely be the Keuchel one. ROYALS MOVE ON

NLDS 1: Mets vs. Dodgers. The Dodgers, as great as they are, are gonna fall victim to the same things they fall victim to every postseason, only with a less cohesive roster than usual. The Mets, on the other hand, picked the exact right time to gain momentum. Will take it in 5. METS MOVE ON.

NLDS 2: Cardinals vs. Pirates. Ooh, this is a matchup I don't want to write about, because it's so hard to predict. It could literally go either way. The Cardinals are an amazing team, but the Pirates have lit a spark and have kept things going since last month. It's gonna boil down to endurance, ad in that respect I think the Pirates are gonna pull it away. I know I said no upsets, but the Cardinals peaked in about June. They've been on top forever, and a battle against someone like the Pirates could be the thing that breaks them. PIRATES MOVE ON.

ALCS: Blue Jays vs. Royals. Another tough matchup, especially in 7. The Royals at this point will either have regained their mid-season momentum, or will be completely out of fuel, and lacking in the spark that got them this far last year. I'm guessing the latter, and I'm guessing the still-hot Blue Jays will take full advantage of this. BLUE JAYS MOVE ON.

NLCS: Pirates vs. Mets. This one will boil down to pitching, because you've got two really tough offenses. The pitching will decide who wants it more. And, in this case, the Mets have the better pitching, and will be able to shut down the furious Pirates offense. In 6, the METS MOVE ON.

WORLD SERIES: Blue Jays vs. Mets. Battle of the 'Miracle' Teams. The '69 feel-good story vs. the '93 feel-better story. And suffice to say, if this is what it ends up as, are we in for a series. The pitching is stacked. The hitting is stacked. It'll go for all seven, and will be decided by some late-inning moves. It could honestly go either way, but in this situation I say the METS TAKE IT IN 7.

There. I just boldly predicted the New York Mets to win the World Series over the Blue Jays. I don't expect any of this to actually happen, but if it does, it would be kind of nice.