Wish They Could All be This Easy 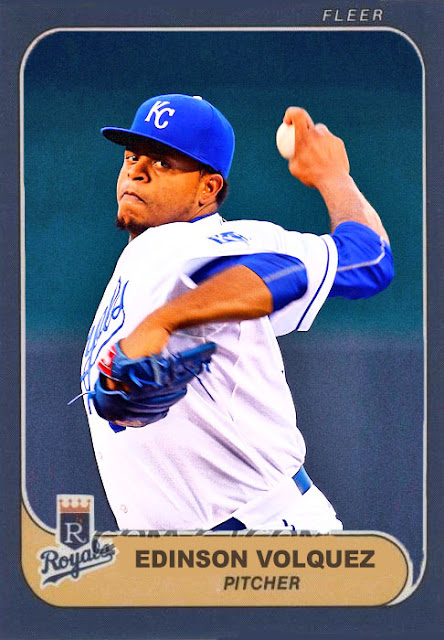 One of the many reasons why I love the Royals is that they can take someone like Edinson Volquez, whose last HUGE season was in 2008 with the Reds, and hasn't been relevant, other than last year's stint in Pittburgh, since, and make him the hero.

Volquez had an amazing game, completely shutting down the Royals and making it look really damn easy.  Alcides Escobar, Lorenzo Cain and Salvador Perez made some of the offensive moves, Perez hitting his third homer of the postseason.

This proves how powerful the Royals have become, especially in the postseason. They can completely baffle a team like the Blue Jays. Let's see if they can do it again.
Posted by Jordan at 1:10 AM
Labels: Blue Jays, Custom Cards, Edinson Volquez, playoffs, Royals