Chicago (dare I say it) Hope 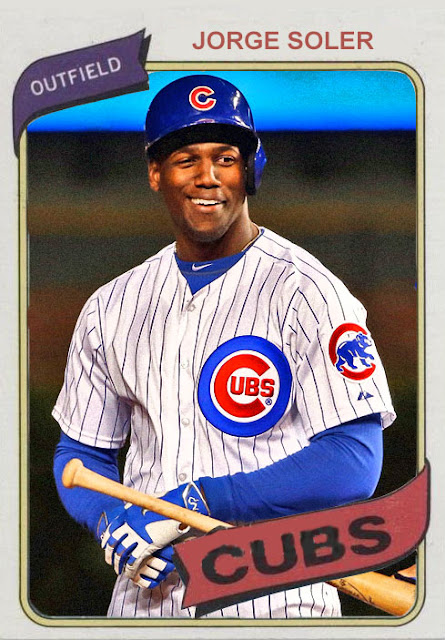 In my years of following baseball, I've learned to root for the underdog. While the Phillies and Cardinals were surging in 2010, my eyes were fixated on San Francisco. When the 2014 Royals caught steam, I placed myself surely behind them and rooted for them into the series. Even the 2007 Indians, though they didn't get as far.

But this is different. This is a legitimately destructive team that has hatched out of what used to be a futile, harmless one. This is sheer power coming from an unlikely source. This isn't an underdog. It's a red herring. The Cubs are one of the most powerful teams in baseball right now, and regardless of what happens to them next, you can be assured that the rest of the league knows it, especially after tonight's game.

No team in history has managed to get five different home runs from five different players over the course of one postseason game. And this distinction goes to the guys who haven't won since 1908. This stat exists now. There's no going back. It's not like there's gonna be a genie-blink and the Cubs will go back to their brainless-looking-platypus-ness. They are here to stay.

Jorge Soler has been unstoppable this postseason. Jake Arrieta has had some amazing starts. Anthony Rizzo and Kris Bryant are continuing their amazing seasons. Meanwhile, they've got a 2-1 lead over St. Louis, and they play at home tomorrow night, with Jason Hammel on the mound against John Lackey. Could be a tough matchup, but the offense has some spark in it, and the Cardinals are gonna be desperate.

Bottom Line- the Chicago Cubs finally have a chance to be THE team to beat in the postseason. They just need to keep playing like they did tonight.
Posted by Jordan at 10:42 PM
Labels: Cardinals, Cubs, Custom Cards, I better not be jinxing anything, Jorge Soler, playoffs