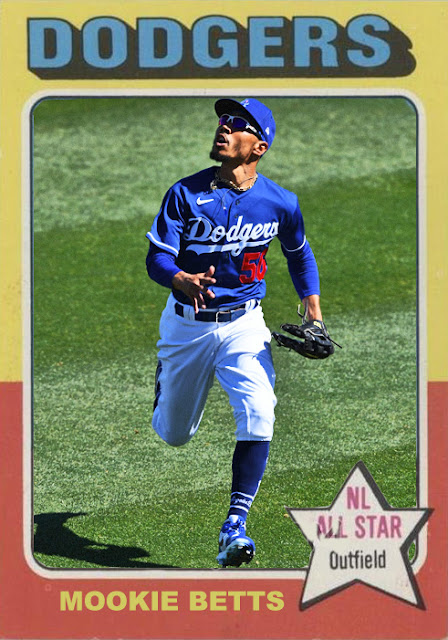 We've made it to an Opening Day of a normal, 162-game season, with normal scheduling formations, fans in the stands, a majority of players immunized in some form, and Buster Posey back. Life is good again.

It's very exciting to see every roster revitalized, re-tooled, and re-upped [howdy, Lindor!], and it makes the 2021 season look very exciting just from the standpoint of 'things are about to begin again'. I don't know who's gonna be holding the trophy in October, but I'm just ready to kick back and let the season wash over me.

I haven't done this in a while, but I am gonna try to keep the method of monthly recaps and predictions going on the blog, so..

Five Predictions for the 2021 Season:

And, more realistically, five predictions for April 2021:
Alright, that's a lot of bold talk for the beginning of the year, so hopefully some of these will be verified. But, above all else, let's have a nice, fun season that everyone can get around.
Coming Tomorrow- Oh yeah, here's the big rookie for one of those teams I was shitting on earlier in the post.
Posted by Jordan at 11:14 AM
Labels: Custom Cards, Dodgers, Mookie Betts