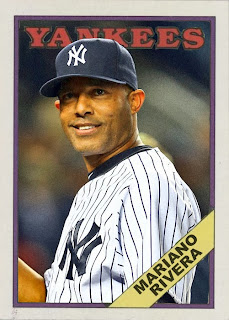 It's hard to succeed when the whole country is counting on you to lose.

That's the one downside of being a Yankee fan. The entire rest of the league hates you, and wants your team to lose. And whenever you try to rebut their argument, they'll just keep laughing at you, and calling your team awful. It's really infuriating.

Last night the Yankees were knocked out of contention. And it was a long, hard fought season for the team, because they were going against the expectations of being awful, and not making the playoffs. And there were instances where we played extremely well as a team, and when we really fought hard. But the entire time, we had two teams that were better than us in the standings, and the whole rest of the league saying 'the Yankees better not win here'.

And I get that the whole league hates us, but please. Don't beat a franchise when it's down. Don't laugh at us when a lot of our team is still on the DL. We wouldn't do the same to yours. We did the best we could this season under the circumstances, and even if the Yankees didn't make the playoffs, they still finished above .500. Which is nice.

Still, this only means the team has more to improve on for next year. Hopefully things will be back to normal in 2014.