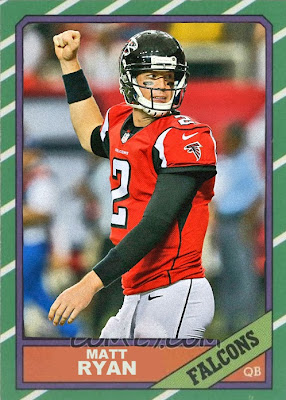 I feel like Matt Ryan is thiiiis close to being an elite QB. Like, inches away. He just can't make it.

But, really, the problem with football today, which isn't really a problem per se, is that the game is overstocked with excellent quarterbacks. I can name five on one hand. Manning, Brady, Rodgers, Brees, Manning. I guess Eli's a bit of a stretch, but the other four are consistent, versatile, and elite. Matt Ryan is very close, but he hasn't played long enough, and hasn't gotten enough accolades in the postseason to really register.

I mean, he's great. But this season he needs to really do something big.

Coming Tomorrow- Probably one of the five quarterbacks I listed today. Keep in mind that I already did 2.
Posted by Jordan at 9:11 AM