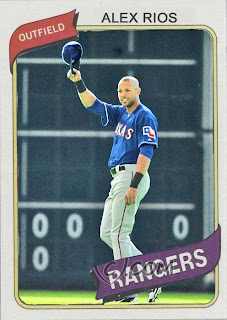 Jeez, it feels like the Rangers just got everybody after they lost everybody.

Like, they gave up Hamilton and Young before the season, which was a lovely idea, and then half the roster got injured, including Lance Berkman and Neftali Feliz. And now they snapped up people like Alex Rios and Matt Garza in an effort to do...exactly what they do every year, just snatch people.

Does this pay off? Well, I haven't heard a damn thing about both Rios and Garza since they were traded, so it doesn't really appear so.

More reason to root for the Athletics.

Coming Tomorrow- The closer for...hey, I was just talking about them, the Athletics!