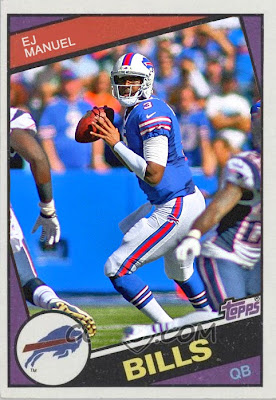 The man you see above does not deserve this team.

I know he's been pitted against good teams lately (Panthers= good team???), but for whatever reason, despite EJ Manuel's great performances as a quarterback, and despite the presence of people like Steve Johnson and Fred Jackson, they only have one win.

I mean, for a while, they had the Patriots going in week one. Like, they had a hell of a matchup, Manuel had a lot of nice TDs, and it was just their lack of a solid defense that bit them in the ass. Now yesterday, it was the crappy defense all the way. Manuel didn't do that much, he just did what he could, when he could.

Next week they play the Jets. This could be a game used for redemption, to finally win against a team that's semi-beatable. Hopefullu Manuel will shine even more than he has.