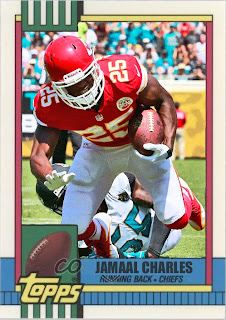 Tomorrow night is a football event that will no doubt be talked about by local teenagers and network talking heads. Tomorrow, Andy Reid returns to Philadelphia, bringing his 2-0 Chiefs back home. It will be a very interesting game, as since his departure from the Linc, Reid has somehow regained the ability to perform as a head coach (yet word is still out on the ability to not look like a walrus during press conferences). Meanwhile, the Eagles are slowly regaining their stuff, despite being beaten by the Chargers in a very close match last week.

So who will win this one? Well, it's a bit too early to call the game's outcome, but I can already predict which factors of the game will win/lose.

WINNER: Lincoln Financial Field. No doubt numerous amounts of fans will want to journey down to Philly and catch Reid again, or maybe boo him. Plus, it's an Eagles game. People go to those.

LOSER: Eagles fans who will have to sit next to Chiefs fans at Lincoln Financial Field. Especially considering the amount of alcohol that is sure to be in the air, or on the ground, or flung at fans.

WINNER: Andy Reid, who finally gets some good press back in Philly now that he's home.

LOSER: Anyone who has to watch Andy Reid wear red. A.) It isn't exactly flattering, and B.) For a guy that spent so many seasons in black and green, it just doesn't look right.

LOSER: Anyone who had to read that whole paragraph.

WINNER: LeSean McCoy, because knowing him, he'll probably have a nice night.

LOSER: Anybody on the Eagles that isn't LeSean McCoy. Even Vick.

LOSER: Nick Foles. You know, unless Reid really wants to get back at Vick.

LOSER: Anyone who has to sit through those NFL Network broadcasters just to see the game.

Either way, it's sure to be an interesting game, and knowing me, I hope the Eagles win.