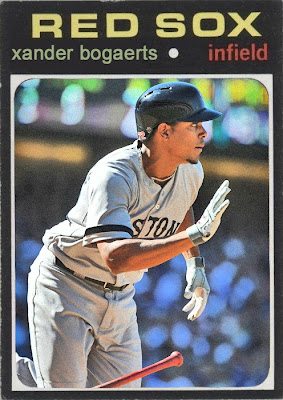 Now is not the greatest time for the Red Sox to be the best team in baseball.

April and May were good times, because it had an 'aww, that's cute' factor, like when the Rockies and Brewers were on top. But now is the legitimate worst time for the Red Sox to be really, really good.

First of all, unless the rest of the team collapses, they're making the playoffs. Like, nothing is stopping this. No stupid luck, no last-minute-Baltimore-steal. And of course, this is bad news for fans of the fourth place Yankees (wow, that feels weird), who are still two games back from the wild card spots. Because really, even if we get a wild card victory, we're still gonna eventually have to play them. And it would be really, really nice if we could succeed, but they're the Red Sox. They're good at baseball this year.

And it's almost inexplicable, seeing as they brought in like 5 or 6 guys who were okay and had nothing in common except for having the same pointy beard (seriously, like five guys have a pointy beard now). They've been bringing up people like Jackie Bradley, and this guy, Xander Bogaerts, who's actually been doing pretty well. Right now they're doing everything right, even without Ellisbury.

Still, when it comes time for the postseason, I really hope they are still beatable, because I'm not too keen on the whole 'Red Sox winning the world series every couple years' thing.

Coming Tomorrow- One of the game's most storied veterans, getting absolutely no publicity.
Posted by Jordan at 6:22 AM
Labels: Custom Cards, Red Sox, Xander Bogaerts