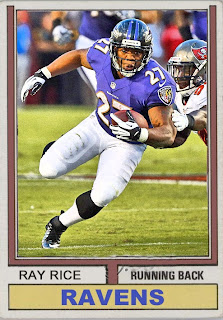 Tonight, in Baltimore Denver, the 2013-2014 NFL Season will officially begin. And already, people are asking who is going to win the Super Bowl. And I don't see the point in that. It's like taking thirty two average people, and predicting which one is going to live the longest. Makes no sense to me.

However, if someone were to ask me who is going to win the Super Bowl--this one in the Meadowlands, which, despite being the first Super Bowl to be relatively close in distance to me, is not one I'd enjoy attending. Bring on Arizona--I wouldn't just give one answer. You have to put into account several different factors.

If everything goes according to how things look at the beginning of the season: Broncos vs. 49ers. Broncos win.
If Joe Flacco has another immaculate season: Ravens vs. Seahawks. Seahawks win.
If Joe Flacco has an awful season: Ravens vs. Seahawks. Ravens win.
If the 'Eagles curse', saying that whoever faces off with Philly in their first home game will take home the trophy, enacts itself: Chargers vs. 49ers. Chargers win.
If Andy Reid manages to actually have a decent season in Kansas City: Chiefs vs. Falcons. Falcons win.
If Terry Bradshaw ruled the world: Steelers vs. Packers. Steelers win 84-0, yet Antonio Brown will be limited to 54 points.
If the Mannings had a bet going before the season: Broncos vs. Giants. Giants win in a squeaker.
If John Harbaugh decides that last year's Super Bowl was absolutely unfair: Ravens vs. 49ers. 49ers win.
If Jim Harbaugh decides he really enjoys kicking the crap out of his brother's team, just to see how he'll react: Ravens vs. 49ers. Ravens win 56-3. Boldin is carted off field, quoted in saying "Okay fine, I should have stuck with the Ravens, BUT DON'T QUOTE ME!"
If Brett Favre suddenly decides to come out of retirement sign with Jacksonville: Jaguars vs. Packers. Packers win. After the game Brett retires, and then five days later signs with whoever finished last in the NFC, because screw you.
If Tim Tebow had his way: Patriots vs. 49ers. 49ers win 11,000 to 3, and Belicheck keels over and dies.
If somebody up there really, really hates me: Patriots vs. Cowboys. Whoever wins, I lose.
If these big overhyped rookies are as good as people say they are: Dolphins vs. Rams. Rams win. Tavon Austin gets MVP.
If the Chargers actually decide to play Manti Te'o: Chargers vs. Seahawks. Chargers win. Manti's girlfriend gets MVP.
If hell freezes over: Raiders vs. Eagles. Raiders win. John Madden gets so excited he has a heart attack.
If I was in charge: Ravens vs. Packers. Packers win. Rodgers goes over Favre's place and gloats.

So yeah. It's gonna be a hell of a season nonetheless, though.

Coming Tomorrow- If I get to posting a football one, expect a sophomore year overhyped quarterback.