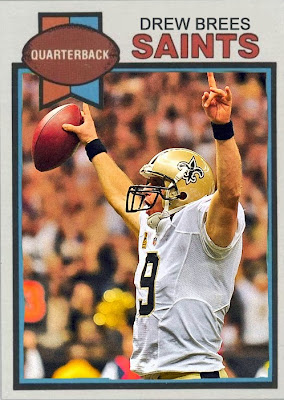 Last week was another nice week for football, and another good week for my predictions, even though I predicted both the Vikings and the Falcons to win. Right won out over wrong 9-7.

Now, it's another week of nice matchups. Let's see what we've got.

Ravens vs. Bills:
Who should win: Ravens. The defending super bowl champions have had a rocky start, yet they still won out over the Texans last week, which was a nice victory for them. Now, they're facing another team, this one not really as good as the Texans. I think they could definitely win this one.
Who will win: Logistically speaking, it's the Ravens again. The Bills have won 1 of their last 3, and they should definitely have won last week, but they're still not an excellent team. True, they do have EJ Manuel, but there are a lot of holes in the defense that might kill them today. Still, you never know. The Ravens are fickle this season. But I still think they'll win it.
Overall: Ravens over Bills. It could be close.

Bengals vs. Browns:
Who should win: Bengals. In a battle of two teams that should not have by any means won last week, I'm picking the one with the much tougher team. The Bengals are 2-3, and you could argue that their sole loss was a bit of an unfair decision. They're incredibly tough, and there's a reason why they took down the Packers last week.
Who will win: Bengals. The Browns, as much as I love them, are going up against a stronger team this week, one without too many fissures, which is how they took down Minnesota. I imagine they might put up a valiant effort, but the Bengals defense might not allow it.
Overall: Bengals over Browns, a nice margin.

Bears vs. Lions:
Who should win: Lions. This is a tough one, because these are two NFC North teams who have really surged this season. The Bears are plowing the house down this season, but the Lions are also doing a really nice job, especially under circumstances like these. I'd prefer seeing them win, because I like them better.
Who will win: Ultimately, Da Bears. I just saw, last night, the new Statefarm ad with Aaron Rodgers on a plane with Rob Smigel and George Wendt as the Superfans (because Mike Myers wasn't that cheap, I guess). As bloodthirsty as that team is, you have to remember that the fanbase is blood-thirstier. I think the Bears will come out on top because of sheer power, but it could really go either way. I just think the Bears are the better team, the tougher one.
Overall: Bears over Lions in a squeaker.

Giants vs. Chiefs:
First of all, PFFFFFFFFFHAHAHAHAHAHAHAHA! BAHAHAHAHAHA! OH! WOW! YOU KILL ME, GIANTS! STOPPIT!
Who should win: Chiefs.
Who will win: Chiefs.
Overall, Chiefs 1,000,000, Giants 0. Maybe the Chiefs won't score that many, but they'll crush them.

Cardinals vs. Buccaneers:
Who should win: Bucs. It's really a lesser of two evils. This is a matchup between two mediocre teams, two that probably aren't going to matter in January (though you never know). I'm just going with the one I like better, which is the Bucs. I think they're a nice young team, and I think Josh Freeman is an underrated talent.
Who will win: Bucs again. The Bucs have a lot more to them than the Cardinals, and I think this will be the main factor. As good as Carson Palmer has been the last few games, I think that he's probably going to struggle with the opposing defense, and the rest of the team will probably not do well.
Overall: Bucs over Cardinals. Low scoring game.

Colts vs. Jaguars:
Who should win: Colts. As 'okay' as they are this season, you have to give them credit. They've gone into a few uncertain matchups, and come out with a win. This week's is a bit less uncertain, because the Jaguars have certainly underwhelmed this season. The Colts should have no problem.
Who will win: Colts again. Even though the Colts have lost a lot of what made them great, they haven't lost nearly as much as Jacksonville. Their star player is having a down year, their QB is mediocre, their defense is questionable, and their rookies aren't breaking out. The Colts have a lot more certain, and will probably take them out.
Overall: Colts over Jags. Low scoring, but large margin.

Seahawks vs. Texans:
Who should win: Seahawks, because they are unstoppable this season. I am really liking their game this season, and this is a turnaround from a few seasons ago, where all they had was Marshawn Lynch. They've developed a strong team, with one of the best young quarterbacks in the game, and some excellent coaching by Pete Carroll.
Who will win: Seahawks, though it's really a toss up. These are two excellent teams, both of which could do a lot of damage in the long run. I think that the Seahawks will win solely because of what I've seen. The Texans lost to an ailing Ravens squad, which is probably why they're down a ways. But again, it might go in their favor.
Overall: Seahawks vs. Texans. High scoring game, but it'll be close.

Steelers vs. Vikings:
I'll say this before I begin: you have an opportunity to host a game at Wembley Stadium, one of the largest arenas in the world, and one of the most attended in the UK, and which teams to you book? Two teams that were mediocre last year? But again, it's not my decision.
Who should win: Vikings. I know they lost last week, but they're the frigging Vikings. They're still tough to beat, and they'll still be even tougher today. AP will probably have another nice game, which really helps matters.
Who will win: Vikings, solely because of their adversary. The Steelers have basically nothing left except a subpar Rothliesberger. The Vikings should definitely take advantage of this.
Overall: Vikings over Steelers.

4 PM Games:
Jets vs. Titans:
Who should win: Titans, because they're playing the Jets.
Who will win: Jets, because somebody, somewhere, really, really hates me.
Overall: Jets over Titans, probably large margin.

Redskins vs. Raiders:
Who should win: In terms of who I want to win, the Raiders. I think Terrelle Pryor is a nice alternative to uncertainty and mediocrity (or Jason Campbell). I think the team, while still awful, is still doing things sort of right.
Who will win: I am going out on an absolute limb here...but the Raiders. Solely because they're going up against the Redskins, and they're uncertain. RG3 could have a great game, or he could have an awful game. I just think the Raiders could win. I don't know if they will, but they could.
Overall: Raiders over Redskins, though the 3rd quarter will be huge for Washington.

Eagles vs. Broncos:
Who should win: Broncos. They are currently one of the best teams in the league, and Peyton Manning is playing better than he has in a while. Also, the squad is consistent and works really well with Manning, especially Thomas.
Who will win; Broncos again, because the Eagles are awful this season. Say what you will about Chip Kelly, but other than week 1, he hasn't produced much at all. I want them to win so badly, but I don't think it's going to happen.
Overall: Broncos over Eagles, large margin.

Cowboys vs. Chargers:
Who should win: Chargers, because I hate them less.
Who will win: Cowboys, because I don't run the NFL.
Overall: Cowboys over Chargers, though it will be close. Too close.

Patriots vs. Falcons:
Who should win: Falcons. As much as the Patriots are awesome, I like the Falcons better. Matt Ryan is a great QB, who deserves much better numbers than he gets. Also, the offense is consistent and strong, and one of the best in the league. I think that if they really push today, they could win.
Who will win: Patriots, because that probably isn't going to happen. Brady will not allow his team to lose, and neither will Belichick. The Pats, even without Gronk, are still a strong, overbearing, powerful team, and I think they'll win again here.
Overall: Pats over Falcons, though it'll be a nailbiter. Might even go to overtime.

Dolphins vs. Saints:
Who should win: Saints, because they're having a really nice season. Drew Brees' performance this year is rivaling that of his 2009 season. Also, they've built up their young defense again, and they're still dominating each game.
Who will win: Saints, because the Dolphins, as good as they are this year, still won't stop them.
Overall: Saints over Dolphins.

It['ll be interesting to see how today goes out, especially since the Packers have a bye.
Posted by Jordan at 12:55 PM