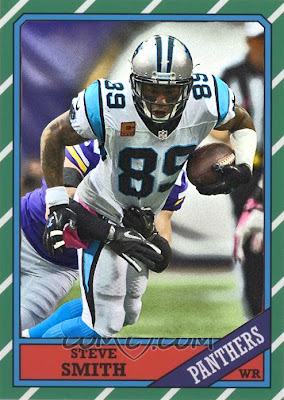 Today, once again, I will attempt to boldly predict the outcomes of the upcoming NFL games. Judging by the amount of wrong I would have been had I predicted Thursday night's game, I'm predicting that today will be a doozy.

Chiefs vs. Bills:
Who should win: Chiefs. At the beginning of the season, I talked about how promising the Bills' season looked under EJ Manuel. I'm beginning to believe I jinxed them. Meanwhile, the Chiefs have been doing an unbelievable job, and they could actually have a shot to win it all down the road. Which is rare for Andy Reid. As for today, they should be able to win here.
Who will win: Chiefs. The Bills have been depleted on all accounts. With a few exceptions, the Chiefs have a lot of the parts that made them great to begin with. Also, they easily outmatch the Bills. This one should be easy.
Overall: Chiefs over Bills, wide margin.

Vikings vs. Cowboys:
Who should win: Cowboys. If someone were to ask you at the beginning of the season who would end up leading the NFC East halfway through, you would have gotten three answers that are not the Dallas Cowboys. Now look at 'em go. You have a Cowboys team that is defying all expectations, and a Viking team that is ruining all expectations. The Cowboys should have this one.
Who will win: Cowboys. The Vikings have gone through 2 or 3 mediocre QBs in the past few weeks, with only the least objectionable being the starter this week. Ponder has a lot riding on his shoulders, as he's dealing with a non-magical AP, a depleted offensive line, and a team that is probably going to beat them. Good luck, buddy.
Overall: Cowboys over Vikings. I know this doesn't help my Eagles at all, but they're still kinda in it.

Titans vs. Rams:
Oh gosh, this is so boring!
Who should win: Rams
Who will win: Titans.
There. Fixed it. Threw in some unpredictability, some uncertainty. That one should be fine.
Overall: Titans over Rams in a squeaker. No pressure, Locker.

Saints vs. Jets:
Who should win: Saints. Boy, those Jets don't follow directions well. When people want them to win, they lose. When people want them to lose, they win. When they want Mark Sanchez to stay healthy, he gets injured in the preseason. It's a very backwards team. Meanwhile, the Saints have been doing pretty well for themselves this season. Like, they're an early favorite to win it all. So today should go their way.
Who will win; Saints. Lemme look at this closely. You have one of the stronger defenses in the NFL against an offense filled with rookies. You have one of the more consistent offenses in the NFL versus Nick Mangold and a couple other guys. It seems kinda predictable out of the gate.
Overall: Saints over Jets.

Chargers vs. Redskins:
Who should win: Ooh, tough one. I will go with Chargers, because they seem promising enough out of the gate, and they seem like they could potentially win this one.
Who will win: Redskins, because I know they loooove defying my expectations. I mean, this also kinda dooms my Eagles, but really, at this point they're just dooming themselves.
Overall: Redskins over Chargers.

Falcons vs. Panthers:
Who should win: Falcons. This is one of the toughest matchups of the week, because, really, either team could win with this. The Falcons are strong enough to walk through, but the Panthers have been surging lately, and they are currently hot. The Falcons should be the projected pick, however...
Who will win: Panthers. Cam Newton's comeback has been a perplexing one, but a promising one nonetheless. I feel like these Panthers are strong enough to take down Matt Ryan, because the Falcons haven't been doing too well this season. At this point, if the Panthers win, I won't be surprised.
Overall: Panthers over Falcons.

Eagles vs. Raiders:
Who should win: Eagles. Oh my effing gosh is this a matchup. An epic battle of patheticness. Which QB will out-wimp the other? Will Shady out-disappoint McFadden? This is a hell of a game, though I feel like the Eagles have the best shot at winning. Why? Because they always have the best shot at winning. Because every game seems like it's going to be easy, only for the other team to absolutely wreck them. Therefore...
Who will win: Raiders. Yes, I am predicting the mighty Oakland Raiders, whose last consistent quarterback was Rich Gannon (and we all know what happened to him), to upset my beloved Birds. Why? Because sometimes you can just see the disappointment coming a mile away.
Overall: Raiders over Eagles. Chip Kelly's sigh will resemble Andy Reid's.

Buccaneers vs. Seahawks:
Are you freaking kidding me?
Who should win: Seahawks
Who will win; Seahawks.
I mean, come on. Gimme a break, guys!
Overall: Hawks over Bucs. 48,0000 to 3. Although that's assuming a lot for the kicker.

Ravens vs. Browns:
Who should win: Ravens. We are talking about the defending Super Bowl champions against a Cinderella team whose clock struck midnight two weeks ago. Really, this should be no contest.
Who will win; Ravens, but maybe in a closer match than I expect. Both teams have great offenses and defenses, to the point where the game will likely be a low scoring one. However, the Ravens have something the Browns do not, other than consistency and a Super Bowl ring: a steady, reliable Quarterback. Joe Flacco is a boss, and I'm not just saying that because he's local, and because we share a barber (no, really!). When he's on, he's really on. Don't let the ring fool you, he's really that good.
Overall: Ravens over Browns.

Steelers vs. Patriots:
Can I say neither? No? Ah, well in that case...
Who should win: Patriots
Who will win: Patriots, unless something absolutely catastrophic (or awesome) happens.
Overall: Pats over Steelers. No wonder they did this matchup a few days after Halloween.

Colts vs. Texans:
Who should win: Colts. The Colts are a slowly rising team, and tonight they are playing a slowly falling Texans team, who are so desperate that this writer thinks that maybe they should see if David Carr is busy.
Who will win: Colts. Logistically speaking, the Texans also have no shot. I know they have a nice defense, but it would have been nicer had they all stayed healthy. The Colts offense is quick, young, and reliable, even in Reggie Wayne's absence. Tonight should be a fun one for Indianapolis.
Overall: Colts over Texans.

Da Bears vs. Packers:
I already know George Wendt's opinion, so here's mine:
Who should win: Packers. They are one of the toughest teams in the NFC North right now, which says something, because that division is overstuffed. The Bears are ruthless, but since Cutler's hurt, their star is fading slightly, and the Packers look like they'll crush 'em this week.
Who will win: Packers. Assuming Josh McCown will start for them tomorrow ...BAHAHAHAHAHAHAHAHAHAHAAA!!
Overall: Packers over Da Bearss.

Well, those are my predictions. Hope some of them are accurate.
Posted by Jordan at 12:31 PM
Labels: Custom Cards, football, Panthers, Predictions, Steve Smith